The highest point in Manhattan and second-highest point in New York City (second only to Todt Hill in Staten Island) is on Bennett Avenue in Washington Heights. It’s among the weirdest sites in Manhattan, too, because of the exposed cliffs, made of schist, that occur frequently in this part of the city. They are a legacy of the great glaciers that decended from the north during the last ice age and stopped at about the middle part of Long Island. Rock outcroppings that dot Manhattan and the Bronx are left over from the days when woolly mammoths and spear carrying Cro Magnons ruled the area. 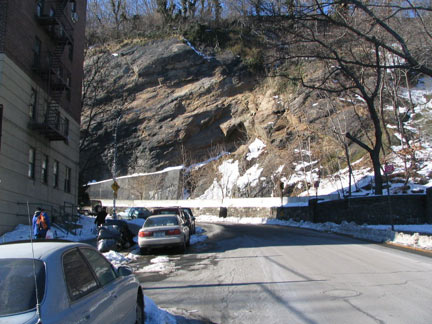 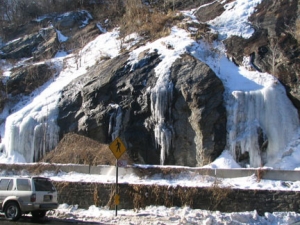 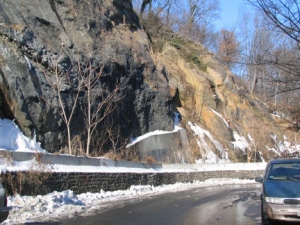 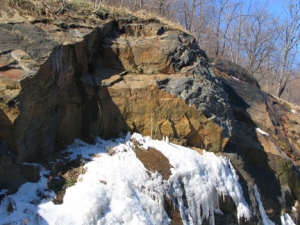 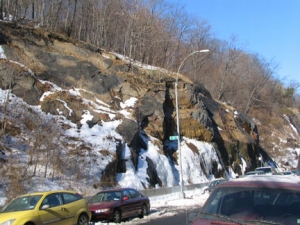 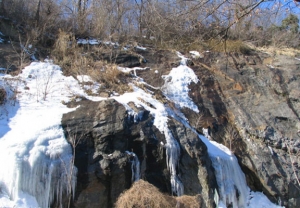 What can legitimately be called the Mountain Of Manhattan rises between Bennett and Fort Washington Avenues above West 187th Street, the southeast side of Fort Tryon Park, home of The Cloisters. Ansel Adams wouldn’t have felt out of place here. 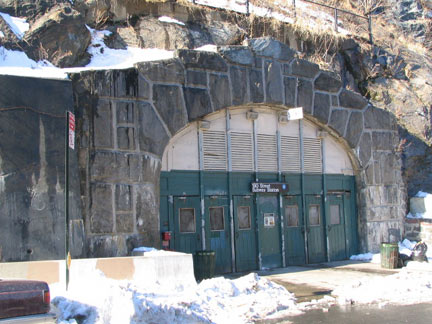 One of the most unusual subway stations in NYC, the IND West 190th St. station, is entered through the Mountain of Manhattan.

Actually the term “subway” is a misnomer here, because the train is actually on street level at this point and is tunneled through the rock. 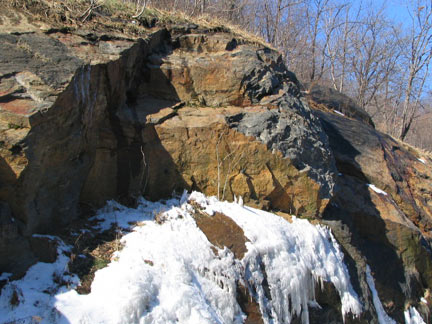 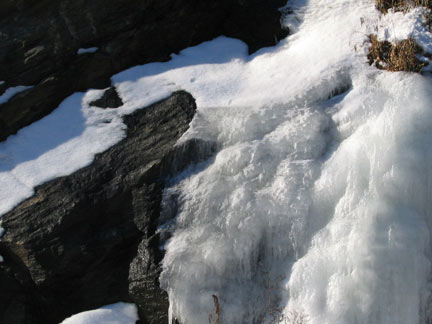 The best time to see the rocks is after a snowstorm when the ice has melted and refrozen.

The Bronx also has some rock outcroppings where you might not expect them. 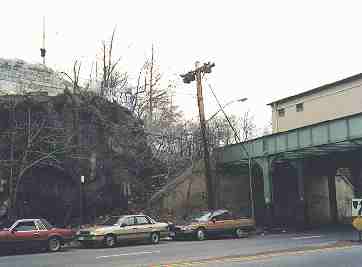 Along East 233rd at a subway overpass…. 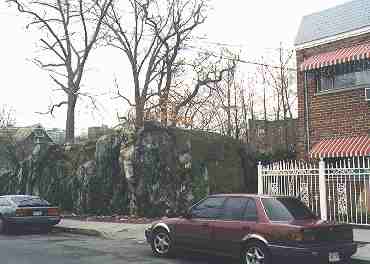 … and on Strang Avenue in Eastchester.

..was looking at some photos linked via a friend and saw the one with “possibly at Eighth Avenue and W. 124th Street” in the description and thought of something you wrote in the blog many many years ago about a mountain in NYC. Looking at online maps, perhaps a more of the “range” of glacier droppings, some of which are visible behind the house featured in the photo? http://hyperallergic.com/249196/early-morning-photographs-of-turn-of-the-century-new-york-city/ Your writings do stay in memory!