In the 1990s, the Long Island Railroad renovated the Bayside station in Queens. The MTA installed new platforms, lighting, handicapped access, the works. New porches have been added to the station house and a new bridge has been constucted across the tracks. Most notably, new artwork has been commissioned.

To a Bayside newcomer, the new sculptures look a bit puzzling, though. 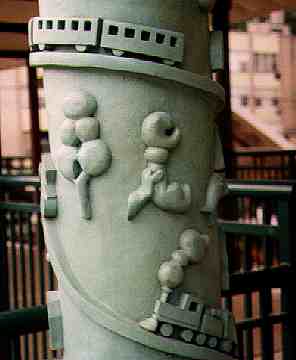 The inclusion of the choo-choo at the top and bottom is self-explanatory.

But why is there an arm with a boxing glove raised in victory on the pillar? 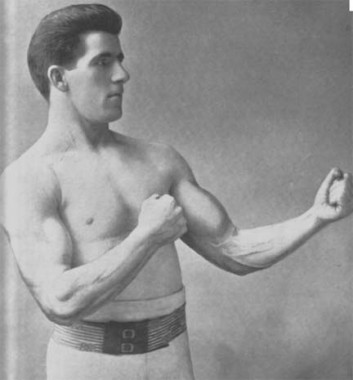 The answer is that Bayside’s ‘favorite son’, heavyweight boxer Jim Corbett, was a Bayside resident. He was champion between 1892, when he knocked out John L. Sullivan, to 1897, when he lost to Britisher Bob Fitzsimmons. After failing in a ring comeback, he turned to vaudeville and the new medium of motion pictures. 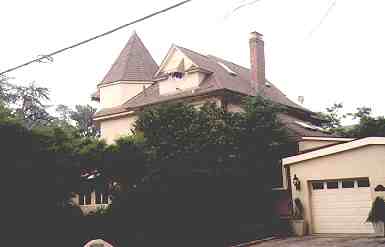 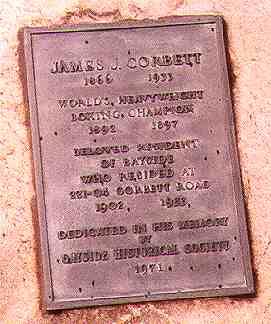 In 1902, Corbett bought this luxurious home on 221st Street and resided there with his wife Vera until his death in 1933.

The historic plaque was placed near Jim Corbett’s home in 1971.

Jim Corbett always seemed ready to aid any worthy cause that benefitted Bayside and its organizations and if in town, he would lend his presence to the occasion. I vividly recall his his attendance at a large benefit, held on the stage of the Capitol Theater (its name before it became the Bayside Theater). Among other notables at that affair on the stage was Babe Ruth.

... In clothing he was a real Beau Brummel and I still recall his dress as he walked down Bell Avenue (now Boulevard) to the railroad station around 11 o’clock each morning which he would do if he were in town. In the winter he would have on a long black Chesterfield coat with a velvet collar, a derby hat, white shirt with a beautiful tie, a gleaming diamond stickpin, grey fawn gloves, a white scarf and of course grey spats, which were in vogue in those days.

… In 1942, almost 10 years after his death, Hollywood produced a movie based on his life. It was appropriately called “Gentleman Jim”. The star was Errol Flynn. It was a brilliant cast … 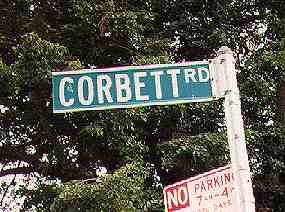 After the champion’s death a Bayside road was renamed in his honor.

Here’s another unusual item I found near the Corbett home: 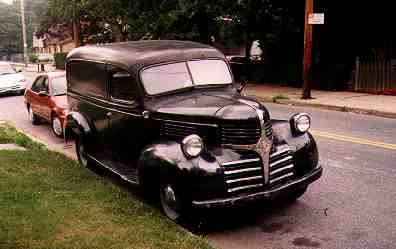 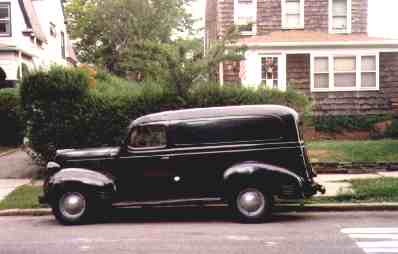 This classic wagon looks like it’s from the mid-Thirties, soon after Corbett’s time.

Actually a 1947 Dodge Panel Delivery. Thanks to Forgotten fan Wilson Flor for that information.