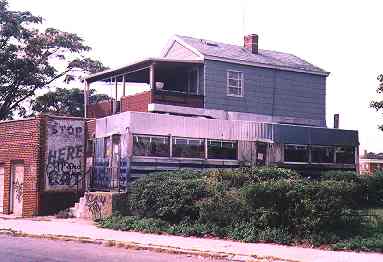 In 1999 I found this abandoned diner on 91st Avenue and Rockaway Boulevard in Ozone Park. It could have been abandoned a week before or ten years before…it’s all the same. The dishes were stacked neatly inside, the stalls are ready for customers that would never come again. Perhaps there were decades worth of ghosts of diners past waiting to be set free in there. 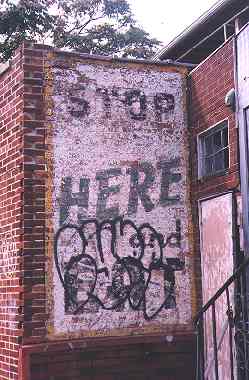 I suppose you could still “stop here and eat” but you couldn’t do it in the diner.

Rockaway Boulevard, where the diner was, is a main thoroughfare between the Rockaway peninsula and eastern Brooklyn. Its importance was lessened after Robert Moses constructed the Belt Parkway in the late 30s and the Cross Bay Bridge was built, but it must have been pockmarked with diners like this one at some time. 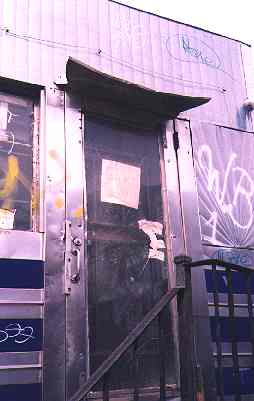 The sign on the front door says “closed due to illness” in this photo, taken in mid-1999. 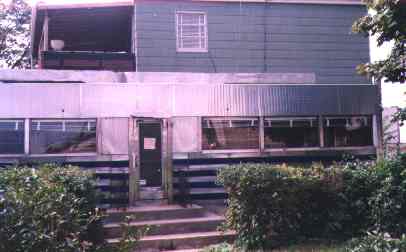 When I came upon it the diner appeared to have been hastily evacuated. Piles of dishes were still piled on the counters. Though I had heard from various Forgotten fans about it, in 2006 I received what is likely the definitive story behind the Abandoned Luncheonette from Forgotten Fans Steven Turczyn and Lori Anderson. 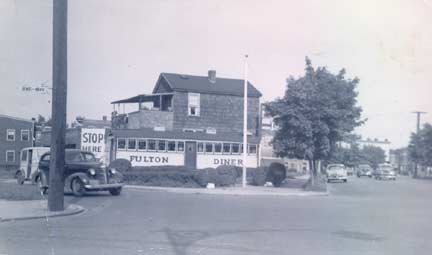 Steven: “It was originally named “Walter’s Diner.” My family (The Schulz) bought the diner around 1940 (when this photo was taken). It was named the Fulton Diner ever since.” 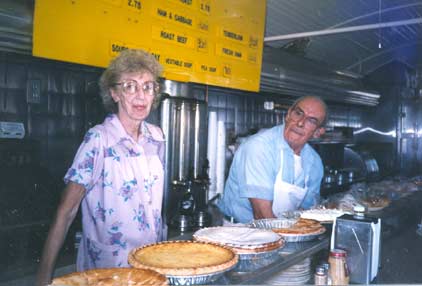 “When my grandfather passed away, my dad and mom, Pete and Eleanor Turczyn, continued the family business.” 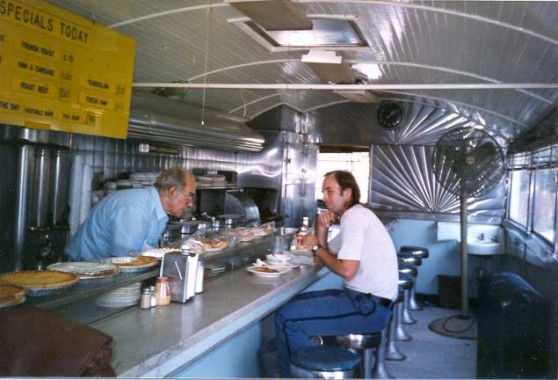 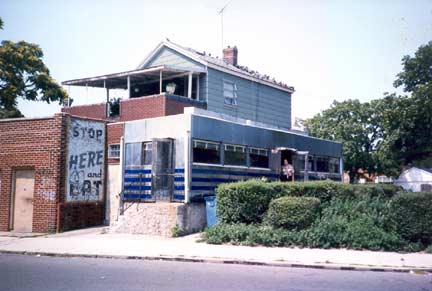 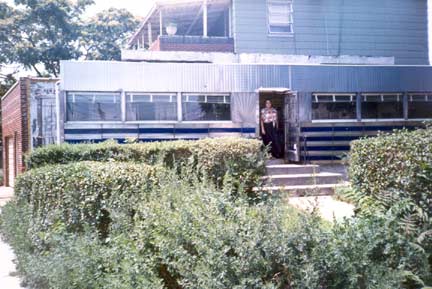 The Abandoned Luncheonette was torn down in late 2000.

Another casualty in the increasingly anonymous New York City.

Let me tell you what the thing this dinner was “FAMOUS” for ,it’s crushed meatball & onion sandwich on a kaiser roll! I remember the entire counter filled with hungry blue collar construction workers eating meatball sandwiches for lunch.They started making them right after breakfast was over, and if you got to breakfast late,you might have a meatball sandwich instead( I know I did on more than one occasion).It was a nice place where real people went in a good neighborhood,and I’m saddened to see it gone.

So sad..and it’s sad that nobody make resurrect that incredible place! luv

I used to work on Grant ave and Fulton st in a sign factory called Ad-Mart . I went to ” Mom’s ” (thats what we called it ) diner almost EVERYDAY for a meatball on a roll with onions and gravy ! I really felt like I was eating at home . Elanor and Pete were the kindest , gentelest folks you could ever hope to meet . I also loved the daily specials . Wednsday was pigs knuckles with sauerkraut and mashed potatoes. ( My grandfather would have been proud of me !! ) Roast beef on Thurs , fried fish on Fri , etc. There was and will never be another place like it . Cheap eats from a wonderful and caring couple who could just as well been your own parents or grandparents . God bless them and may they rest in peace. The memories of ” Moms ” will always be close to my heart . : )

I used to eat in The Fulton Diner all the time, U could get a full meal there for less than $6.00 with everything included

i grew up right around the corner from the fulton diner. my dad would say “if you want to know the best place to eat, watch where the truck drivers stop to eat” this diner was surrounded by trucks and the 15 or so stools were packed for breakfast, lunch , and dinner, most of the time . you couldn’t help but admire pete and eleanor and karl the cook as they toiled day in and day out. they just dont make em like that anymore!

Hello all, I just wanted to say that I used to work for the NYC dept. of sanitation In the eighties and nineties and twice a week I would have breakfast at the Bluebird diner and yes I always had the famous crushed meatball and onion on a roll with ketchup. I have often thought about those meatballs and I would just love to have that wonderful recipe. Very sad to see it gone, Many fond memories of that place.