The LIRR Bushwick Branch, probably the least-known active railroad in New York City, runs from Bushwick Place and Montrose Avenue in Bushwick, Brooklyn to its junction with the Long Island Rail Road Montauk Branch near Flushng Avenue and Rust Street in Maspeth, Queens. At some points it’s smooth and well-maintained, but at others, it’s overgrown with weeds. 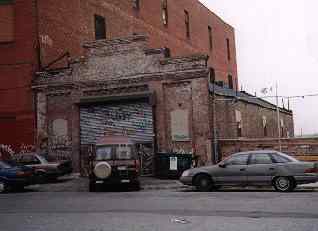 Hard to believe it now, but this building, since demolished, was the last vestige of the passenger terminal of the Bushwick Branch at Montrose Avenue. 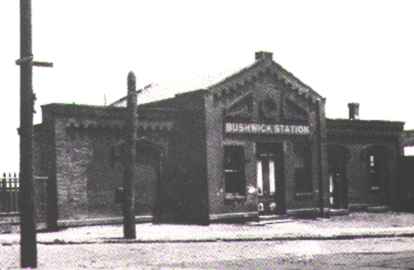 Here’s a view of the Bushwick passenger terminal in a picture from the 1910s. Steam engines served the station until 1913. This was one of two Brooklyn terminal buildings; the one at Flatbush and Atlantic Avenues lasted until 1988. 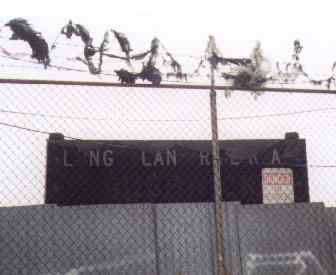 There’s not even much indication that there’s a LIRR presence here except for this sign. 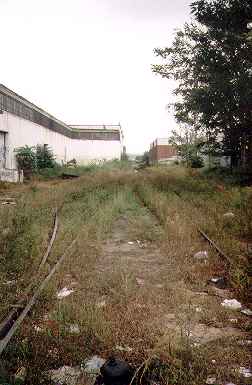 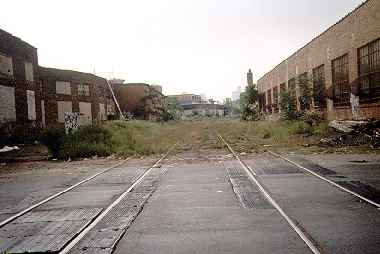 Both sides of the Morgan Avenue crossing. The Bushwick Branch is overgrown with weeds at this point. 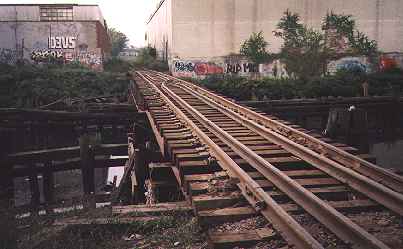 This rickety bridge takes the Bushwick across the English Kills, a tributary of Newtown Creek. I did NOT attempt to cross this bridge since, as you can see, there are numerous gaps in the ties. 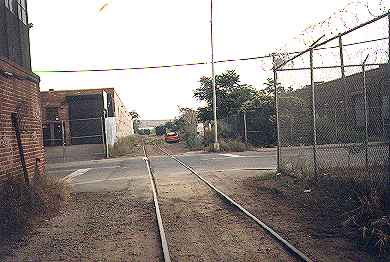 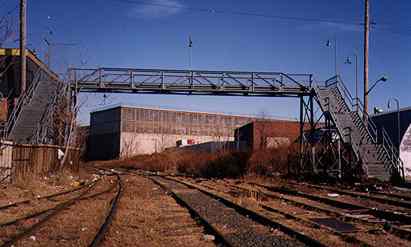 This rusting footbridge, from which an impressive view of Manhattan can be obtained, is at Scott Avenue. The footbridge still has its original light fixtures. The bridge dates to 1952. 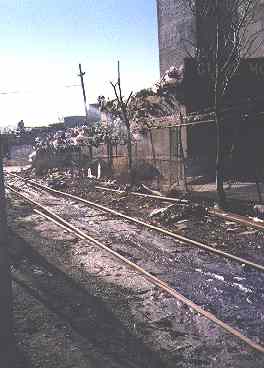 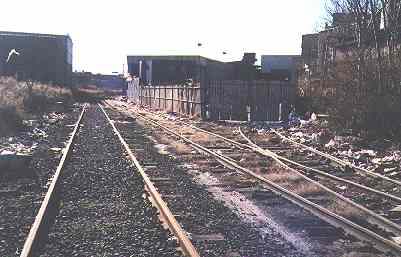 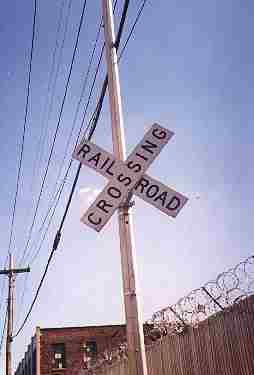 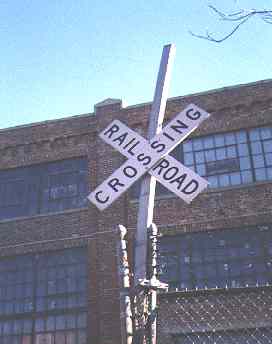 RR Crossing signs are haphazardly posted at Metropolitan Avenue, but they do the trick.

The Bushwick joins the Montauk Branch, whose own passenger service west of Jamaica was cut back drastically in 1988, underneath a building in Maspeth. 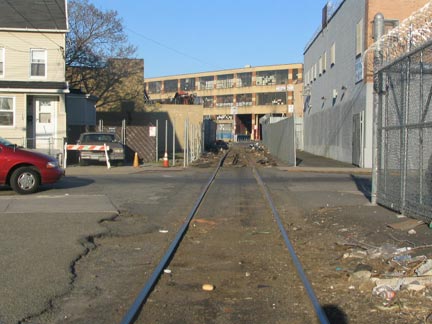 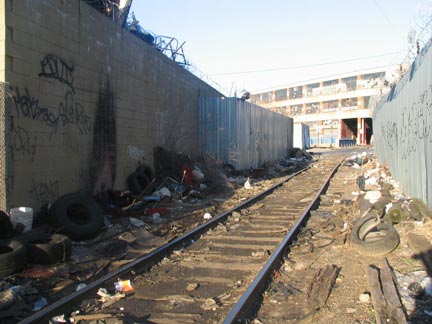 The right-of-way crosses 55th Street. Flushing Avenue is directly ahead. In March 2004, a locomotive that wasn’t secured got away here. Andrews Avenue Bridge, before and after reconstruction.

All this is before I was born.

This is a very unique website with the images showing gritty realism, what transportation was like in
the city along with the importance of blue-collar industries, especially in the outer boroughs.
Between the photos, maps and data it is ideal for someone interested in old NY railroad r-o-w’s.

Hi, do you know if the area is accessible to freely walk around? I’d like to take some pictures of the trains. Thanks!

I did a walking tour of the Bushwick Branch back in 2006 with a fellow rail enthusiast. We started from Morgan Ave and made our way to Bushwick Jct on the Lower Montauk Branch. I would advise if you do a tour, do not go alone. Train movement is scarce but at the time we did the tour, the section with the footbridge had freight cars stored there. Being adventurous we continued from Bushwick Jct all the way to Long Island City. I wouldn’t advise doing that nowadays. Plus the bridge over English Kills has been rehabilitated and safe to walk across.

My earliest memories include that of a baseball stadium near Thames St. and Flushing Ave…..am I correct in this. My father worked nights for the subway system but used to take me for walks down the train yard at Flushing Ave. and explain what the different cars, etc. were for. It is among my fondest memories of him and probably explains why even today I have an interest in all things connected to railroads. There was also that single line that paralleled Wycoff Ave. running alongside buidlings thru the area.