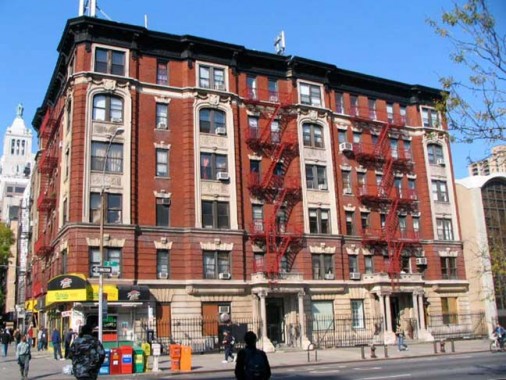 There’s a grand old apartment building over at 235 Second Avenue, on the northwest corner of East 14th Street catercorner from NYC Eye & Ear (where your webmaster has had his peepers peeped at) , that has a tale to tell about the United States Senate in the waning years of the 19th Century. 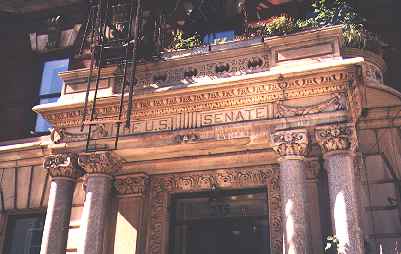 A close look at the stonework over the entrance furthest north, nearest 15th Street, reveals the words “The U.S. Senate” chiseled into the concrete.

Could the U.S. Senate ever have met in this building? Extremely unlikely, since if you’re looking for the last time the US Congress met in New York City you have to go all the way back to August 12, 1790, in long-vanished Federal Hall in lower Manhattan. In fact, this part of Manhattan, where the apartment building currently is, was still mostly open country back in 1790. A special ceremonial session of the US. Senate was held in the current Federal Hall in 2002 in the wake of the 9/11/2001 terrorist massacre.

So what’s going on? 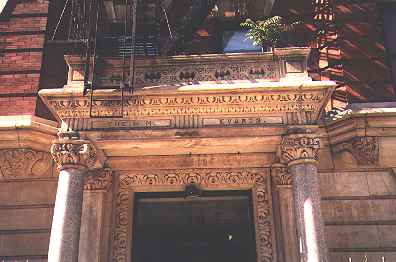 Here’s another clue for you all: take a look at the entranceway closest to 14th Street. You’ll find, in much smaller carved letters, the words “The W.M. Evarts”.

William Maxwell Evarts was a Republican Senator from New York in the years 1885-1891.

So, we might gather that either the architect or the builder of 235 Second Avenue was an Evarts supporter, or perhaps a relative.

Never heard of Evarts? I wouldn’t have either…but thanks to perhaps a supportive architect, and sheer luck that this edifice has survived for at least 109 years, his name’s still out there!