It’s the most natural thing in the world. We all have to go sometime.

NYC, though, would pretty much not acknowledge that fact. While various cities nationwide have installed high-tech, self-flushing toilets that do everything except wipe, it’s well, sorta beneath NYC to even flirt with the concept.

To be fair, each mayor since Koch has looked at the proposals, and pretty much tabled them, perceiving that there were other things the money coul be spent on. And, in light of recent events, it’s doubtful it’ll be on the top of Michael Bloomberg’s to-do list.

Still, there remains evidence around town that earlier city fathers not only acknowledged the necessity, they did something about it. 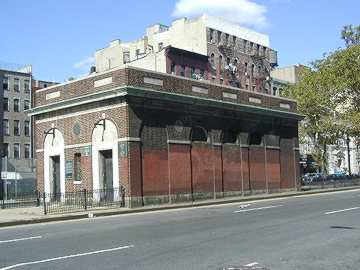 Many public bathrooms were built on or under transit lines, and this location at Allen and Delancey Street is no exception. What transit line? The Second Avenue Elevated ran here until 1942, when it was torn down to make bombs. So, it could be said that this is one of the el’s last remains. 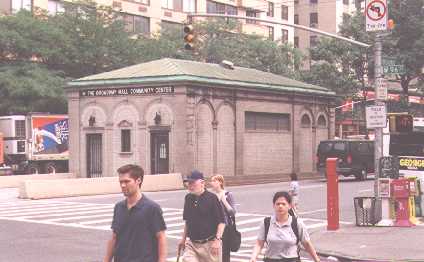 North of Columbus Circle, Broadway has a center mall, known by some as Needle Park. Scattered along its length are various former public restrooms, including this one, now labeled “The Broadway Mall Community Center.” The IRT rumbles underground. 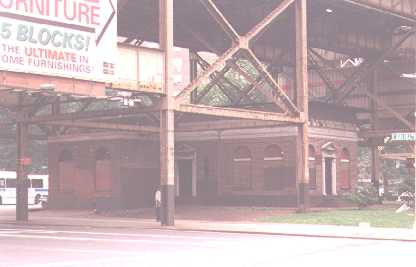 This is the former double-decked northern terminus of the old Third Avenue Elevated. Until just a few years ago, the entire old platform complete with signs was still there, as if the trains still ran, which they hadn’t since 1973. And after a long train ride, what’s the first thing you might want to do? Especially if you’ve had a few before getting on the train? Ya think? 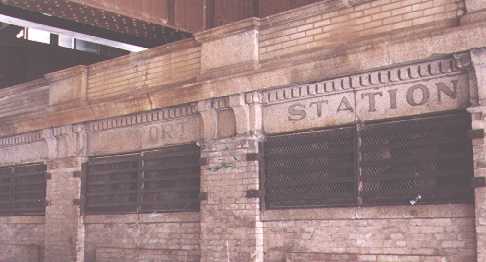 Ain’t euphemisms wonderful things? In Britain they call bathrooms W.C’s, or water closets; in the service, they’re known as latrines, and in school, they’re called lavatories. The latter two come from the Latin for ‘wash’. This one, under the Metro North (the old New York Central) was called a comfort station. And believe me, when the urge strikes, comfort is the thing. Why, just a couple of weekends ago in the East Village, your webmaster was in desperate straits. Finally, I…well… 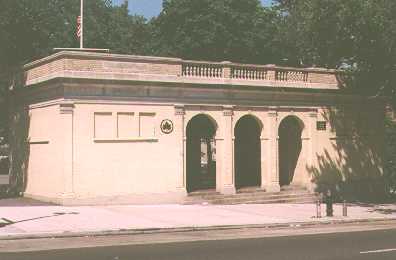 In the shadow of Yankee Stadium, well, almost; the Yanks play about ten blocks to the west. This little gem is close to the little-used Melrose station entrance on the Metro North Harlem branch. 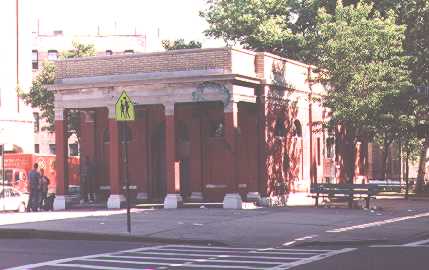 True to form, this stately pissatorium stands in the long shadow of transit, in this case, the Lexington Avenue IRT. The #4 line passes here on its way north to the end of the line (for the IRT and for some NYC residents), Woodlawn Cemetery. 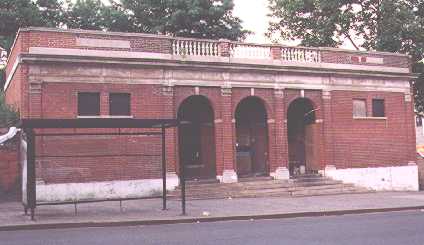 Like the Allen/Delancey crapper above, this red brick bathroom marks the spot where transit used to rumble, in this case, the Third Avenue El, which used to run above Third Avenue here. (And by the way, in the Bronx it’s Third Avenue, never 3rd.) 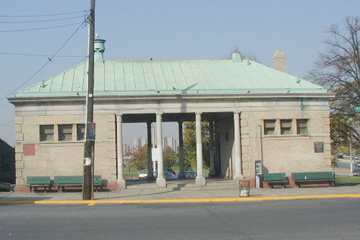 Our final stop on our crappatorium tour is what I think is the nicest of the bunch, at the final stop of the #6 (Lex. Ave. IRT). Just across the Bruckner Expressway is the much-ignored but very serviceable Pelham Bay Park.

THE DEAD POOL. A ship graveyard adjoins an actual one in Rossville, SI

Almost Russian Orthodox Easter, 2017. S’posedly, certain political persons have not helped N.Y.C. have more of public toilets — for @ 15 years. Remember pissoirs a Paris, France ? Remember some free/gratis public loos in the shopping/tourist areas of London, Eng. ? A certain town in F-86110 may still have a tiled hole in a building — near the town hall. If one has a Letter from a M.D.; may one use a restroom of a restaurant, in N.Y.C. ? To wear Adult diapers isn’t always easy. @ 1958, the shopping area of 5th Ave.; e.g., Best & Co.; was mo’ elegant. n.b. What a certain pastor of The Open Door, did re the need for public toilets; inc. the touristy area of Atlanta, Ga.