The abandoned courthouse has stood silently on Beach Channel Drive and Beach 90th Street, just east of Cross Bay Veterans Memorial Bridge, for several decades, awaiting either the day when it would once again be occupied, or a wreckers’ ball.

The Magistrates’ Court sports the clean lines of the new Art Moderne buildings that were being built in 1932, the year it opened. In 1962, Queens consolidated its courts in Jamaica and Kew Gardens, and it was shuttered. It was reopened in the 1970s, briefly, by a cultural and theatrical group which soon succumbed to the fiscal crisis of that decade. 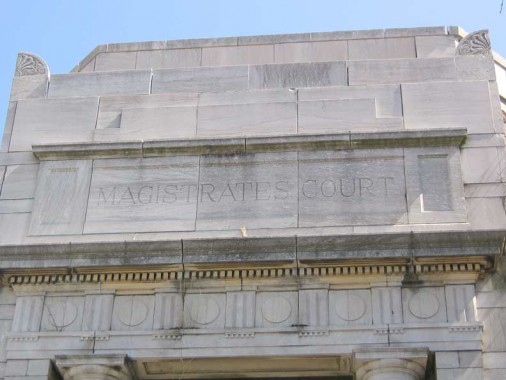 It has stood sentinel now over Jamaica Bay for over forty years now — it’s been closed for longer than it’s been open. The Wave, the Rockaway peninsula newspaper, has reported on various plans to revive the courthouse.

In 1985 Community Board 14 voted to support an application to the Board of Standards and Appeal for a variance to permit the Delaney Management Co. to set up insurance company business offices in the Rockaway Beach courthouse at 90-01 Beach Channel Drive, which Delaney proposes to buy from the city; apparently, nothing came from that proposal. 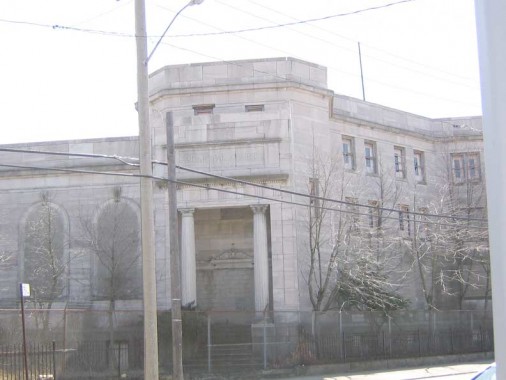 In June, 2000 a lawyer representing Wallace LLC, from the Five Towns (just over the Nassau County line from Far Rockaway) submitted a bid to the city to purchase the building and transform it for community and professional use. 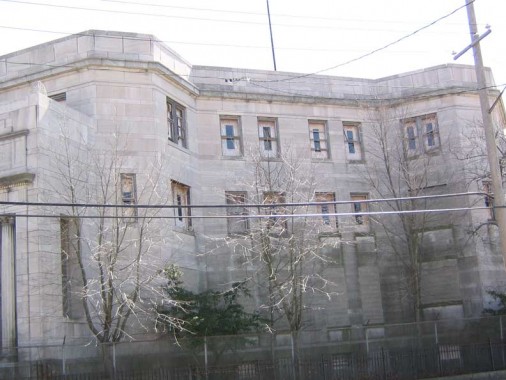 The old courthouse on Beach 92 Street and Beach Channel Drive, after being abandoned for more than 30 years, has been reportedly purchased by a developer who plans to revitalize it as an office building.

The members of Community Board 14, at a recent meeting, approved the plan by a vote of 30-0.

The board is very excited about this project,” says board district manager Jonathan Gaska. “It has been a monument to city neglect for forty years and now it will become part of Rockawayís revitalization.”

According to Michael Carey, the president of the New York City Development Corporation, the cityís Request for Proposal (RFP) received a number of responses, but that the city chose Wallace LLC, a limited liability company jointly owned by the Schwartz and Kaufman Family Trusts, which are controlled respectively by Ira Schwartz and Uri Kaufman. –The Wave

Kaufman and partners, who are developers involved in the state’s largest historic conversion of loft apartments, the Harmony Mills in Cohoes, said local elected officials and city agencies could move their offices into the building, which has sat vacant for decades.

Kaufman said his firm wants to relocate its Fifth Ave. office to the courthouse because of the building boom on the peninsula, mainly the Arverne-by-the-Sea development. Long Island developers are constructing 2,300 homes in the Arverne Urban Renewal Area. ––New York Daily News 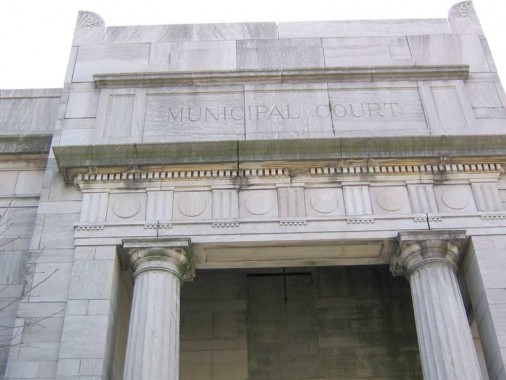 Though local politicians and the community board voiced intentions to move into the old building (renovations would have cost Wallace LLC over $1M) nothing much has happened to the building, its 25,000 square foot interior, and the jail cells in the basement.

To paraphrase Percy Bysshe Shelley, “look on this work, ye mighty, and despair.”

[…] around New York City, sits an abandoned court house being taken over by the elements. According to Forgotten NY, it’s been abandoned longer than it was ever open. Built in the Art Moderne style in 1932, […]

I lived in the Sunoco station across the street from the court house from 1952 to 1955. I believe it was called Court Service Station. Have fond memories of this place. Last there in 1994 or 1995.