That might be news to some ForgottenFans, who perhaps think that, as the all-American boy and world’s oldest Boy Scout that I have always been, not venturing far away from the straight and narrow (my life story is extraordinarily snore-inducing, incidentally; I have no ‘past’), that I should be naturally opposed to what is termed under the blanket rubric “graffiti.” I’ll be clear: I despise the mindless and lawless tagging of subway car and I favor the every-morning inspection and elimination of stray, ugly marks from subway cars, much of which consists of gang ID.

Some of the stuff you see on walls, construction fences and other stray surfaces around town are produced by people with real talent; some have been ‘discovered’ by art galleries and actually get exhibited there. It’s become a genuine subgenre. I favor street art especially when it’s sponsored and the artists aren’t breaking laws to do it (and there are actually some purists who believe that all legitimate street art flouts legality). I don’t subscribe to that at all.

I was stumbling about Long Island City in November 2008 when I encountered two particularly ugly high rise condos being thrown up on 49th Avenue where it meets 11th Street, the entrance to the Pulaski Bridge, and Jackson Avenue, and encountered a sponsored street art exhibit on, of all places, a construction awning erected over the sidewalk… 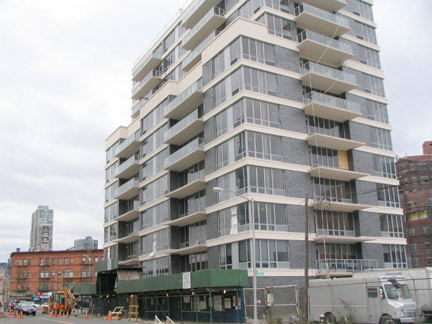 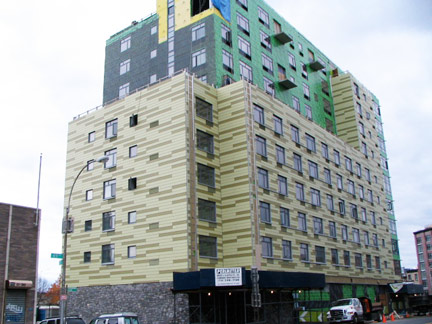 Huntersview and L Haus (named for its shape) are two large residential buildings being constructed in Long Island City. From the looks of things, residential buildings will never again be constructed with brick facing; I lament that development. Yes, pea green is the color with which L Haus will face the world, er, traffic from the Pulaski Bridge. 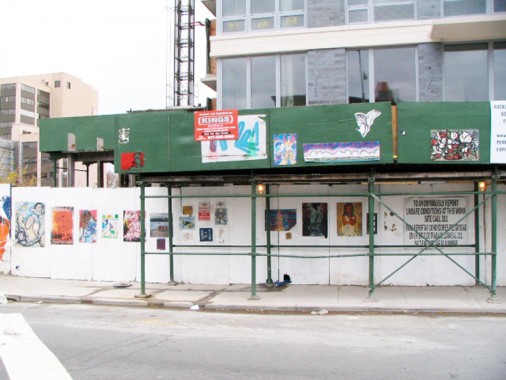 While walking past I was struck by some items on the construction fence and sidewalk awning. 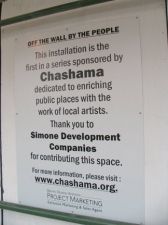 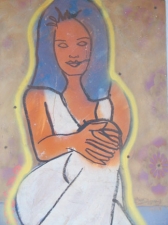 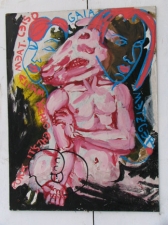 wikipedia: One of [chashama’s] primary functions within the arts community is to provide low or no cost real estate for artists to create or present their works. chashama began in 1995 as a performing arts group, and has since expanded to include visual arts as well. Anita Durst, daughter of Douglas Durst (of the large New York real estate company The Durst Organization) founded chashama in 1995, and currently acts as its artistic director.

Through chashama’s A.R.E.A. (Accessing Real Estate for the Arts) program, and Ms. Durst’s connections with real estate, chashama activates spaces that would otherwise be vacant. In New York City, it is estimated that 10% of commercial space is vacant. chashama fills a few of those spaces on a limited basis for 2-6 months at a time.

chashama runs a variety of programs to better serve the emerging artist community in NYC. They include:

— Presenting a variety of visual artist exhibitions throughout the year 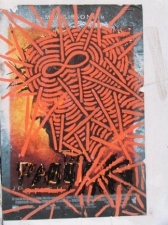 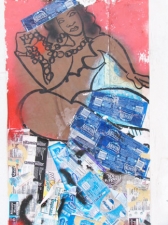 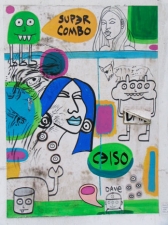 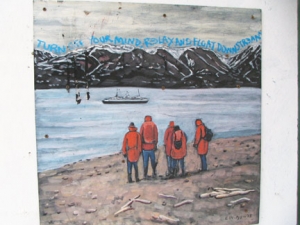 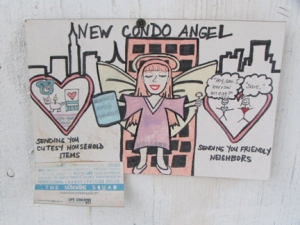 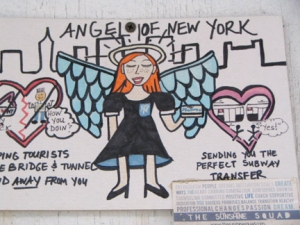 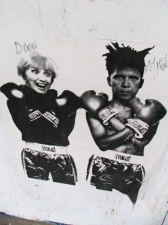 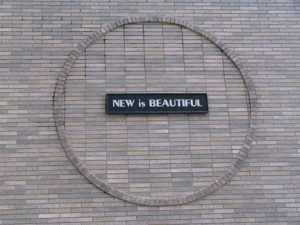 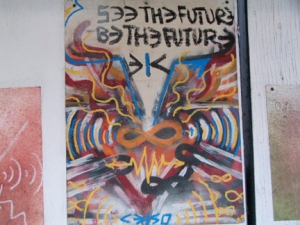 With the completion of the apartment houses, this art likely went when the scaffolding was removed…