THE HIGH LINE section that won’t be a park

The West Side Freight Elevated, colloquially known as the High Line (shouldn’t all elevated trains be High Lines?) has seen its share of coverage in Forgotten New York, from 1999, when the Giuliani administration wanted to tear it down, through the preparation period after Friends of the High Line secured enough money and high-powered support to preserve it, and its new incarnation beginning in 2009 as a high-concept public park. There’s a one-block section downtown that won’t, apparently, be seeing any tourists or strollers — it’s preserved as is as long as the building it’s in is still standing.

The Freight Elevated was constructed in 1934 as a partner to the old West Side (Miller) Highway, with which it shares, or shared, many Machine-Age, streamlined design elements. There’s not a lot of ornamentation, but the High Line does have distinctive iron railings that were, thankfully, kept when it was made into a park. The Elevated was in service, shipping goods from carfloats in the Hudson to business along its route, from 1934 to 1980. Originally running from West 34th between 11th and 12th Avenue south to St. John’s Terminal at Charlton Street, it was gradually shortened before and after its closure, as it was cut back to Bank Street in the 1960s and then to Gansevoort Street in the 1980s. 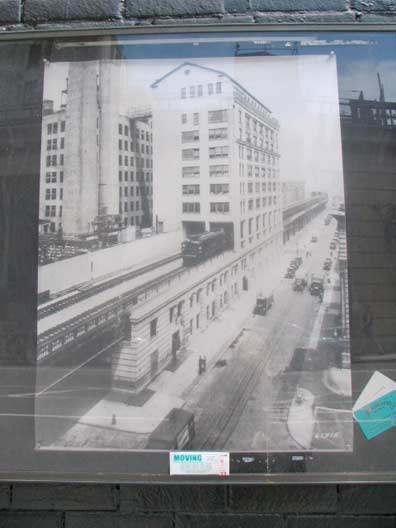 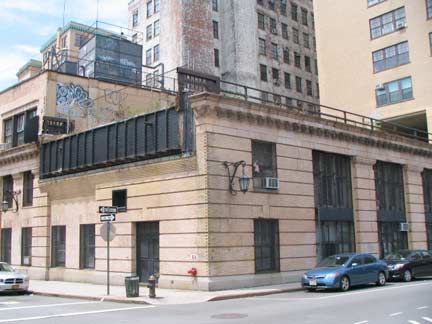 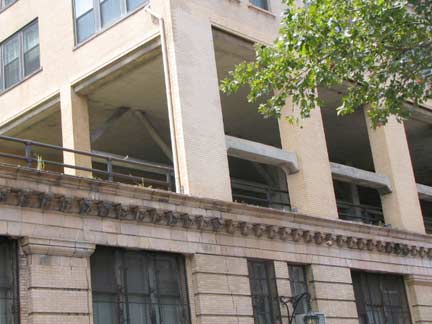 There’s a one-block section of the Freight Elevated remaiining that is more or less untouched since the line was deactivated in 1980. The line actually was constructed through a number of buildings along its route along Washington Street and 10th Avenue; a photo in the window of Automatic Slims at Washington and Bank shows a freight busily plying this stretch. 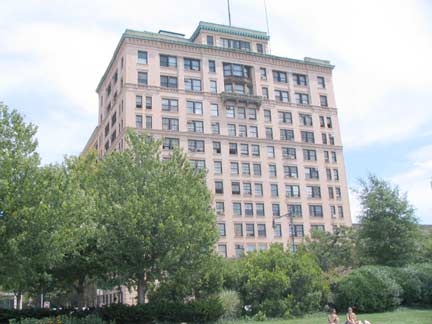 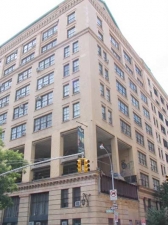 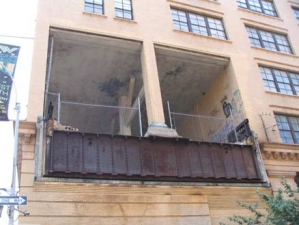 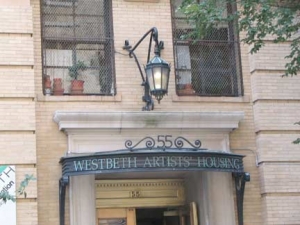 The tracks ran though a formidable light brown brick building originally built as the Bell Laboratories of the American Telephone & Telegraph Company from 1861 to 1898. There are a couple of buildings in the complex, which fills the entire block of Washington, West, Bethune and Bank Streets. According to NY Songlines‘ Jim Naureckas,

this full-block complex created or help to develop some of the most important inventions of the 20th Century: the vacuum tube (1912), radar (1919), sound movies (1923) and the digital computer (1937). One of the first demonstrations of television transmission occurred here, April 27, 1927. Westbeth was also the original home of the NBC radio network.

The complex was converted to an artists’ colony in 1969; photographer Diane Arbus committed suicide here, July 28, 1971, and actor Vin Diesel grew up here.

The building was converted to artists housing in 1969; at present it is home to over 300 artists (and their families) of every genre and milieu. For many years the Greenwich Village Halloween Parade stepped off from here. 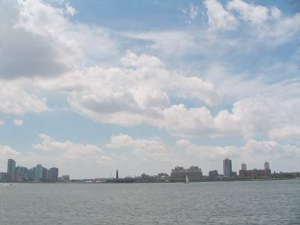 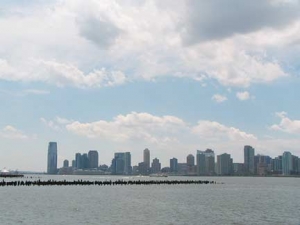 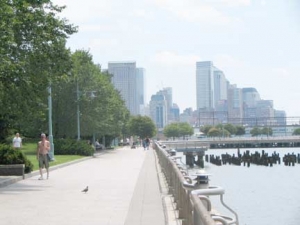 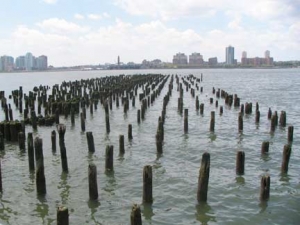 After inspecting Westbeth I braved the roaring West Street traffic (it should have been sunk under the surface with a park covering the whole thing, but lawsuits and striped bass scotched that plan) and entered the new Hudson River Park and viewed New Jersey. The Pennsylvania Railroad once operated from Pier 49 (botto right) which now serves as a striped bass gathering and gossip area.

Where there were once docks serving ships from round the globe and a busy overhead trafficway; ocean liners, Navy vessels — we now have miles and miles of people sunning themselves, walking dogs, riding bikes, and no doubt reading newspapers (or, er, ah, Kindling them) with stories about 10% unemployment. 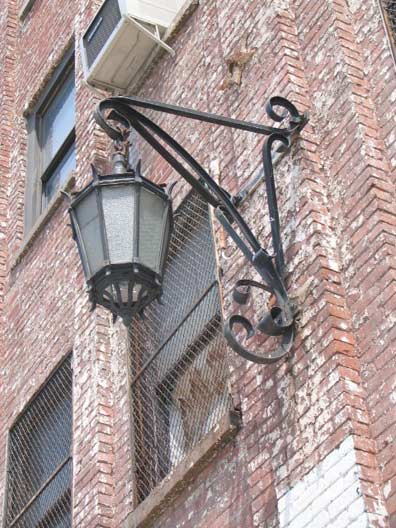 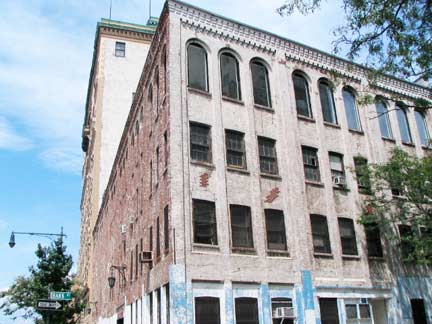 This is the back end of the old Bell Labs complex at West and Bank Streets. Most of the exterior features these wrought-iron lamps: I wonder how long they’ve been there. A few decades, at least. 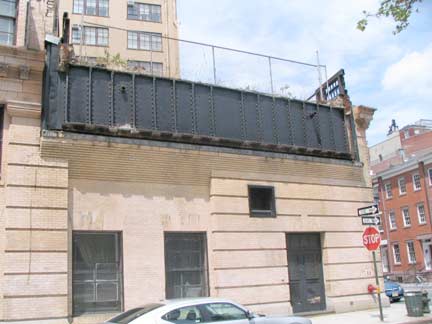 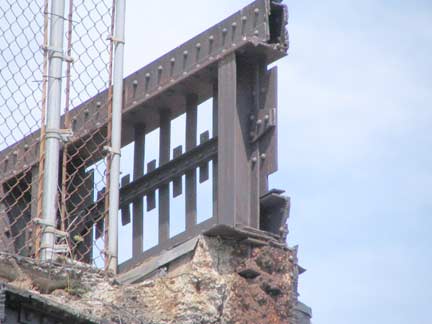 Truncated High Line section on Bank. A small piece of the original stylized fence is still there. You can see how slapdash the original demolition job was. Pretty much hacked away. This piece of the Freight Elevated will remain in place, without the drastic makeover the main body uptown is getting.

Here is a video shot by David Silver from the trackbed:

I read somewhere that the only access to this section of track is through a window in the building and down a ladder.