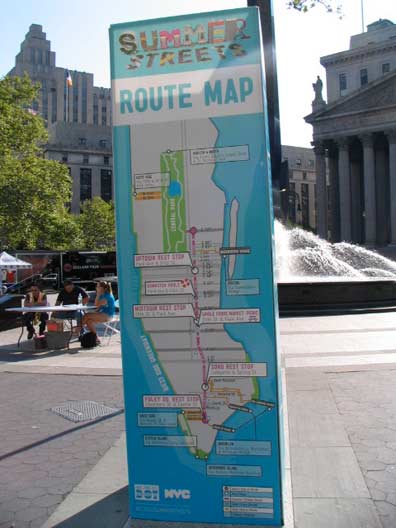 The route actually begins in Brooklyn as bicyclists cross Brooklyn Bridge and then go past City Hall onto Centre Street, which quickly intersects with Lafayette. The police close off most of the cross streets except for the busiest ones. Various maps and amenities such as water, food, kiddie play areas, etc. are spaced out every 20 blocks or so. 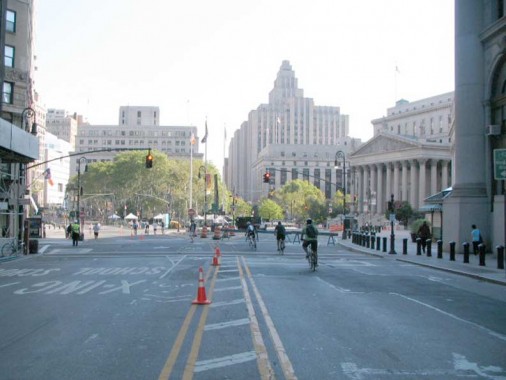 We can see the US Courthouse in Foley Square on the right, and the NY County Courthouse and the Men’s House of Detention in the rear, three buildings I’d rather not have to enter at any time. 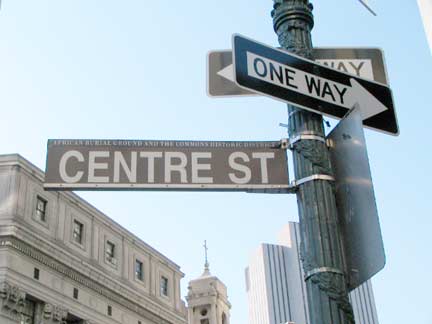 One of the few NYC streets signs using the Helvetica font. 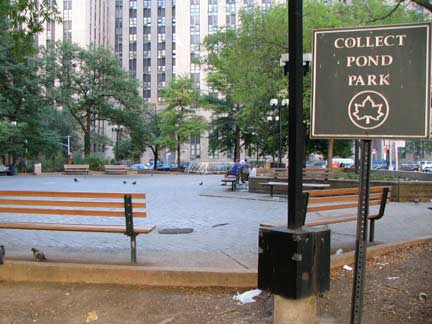 Collect Pond was a large body of fresh water in pre-colonial Manhattan, just north of today’s Foley Square, covering about 48 acres and running up to 60 feet in depth. It was likely left over by a glacier’s passage thousands of years ago. Originally the pond drained into the Hudson River via an underground spring. It took its name from the Dutch kolk, or small body of water. Native Americans and early colonists fished in it, but later on, as Manhattan’s population got bigger, the pond became infested with garbage, germs and mosquitoes as trash was tossed into it. It was filled in between 1800 and 1813 and drained into the Hudson via a canal that Canal Street sits atop at present. “Re-collecting” it now is Collect Pond Park is a nonsdecript patch of concrete and benches on the east side of Lafayette Street. A revitalization of the park seems to be in the cards in the next few years. 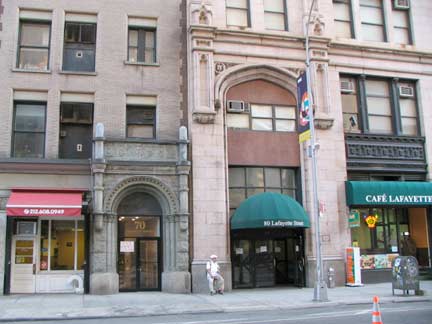 Lafayette Street is a relatively new addition to the Manhattan map. It was created in the early 1900s by extending it south from the formerly exclusive Lafayette Place (running for one block south of Astor Place) and combining it with the roadbeds of the former Marion and Elm Streets. A cutoff section of Elm Street is today’s Elk Street. Above: Numbers 70 and 80 Lafayette 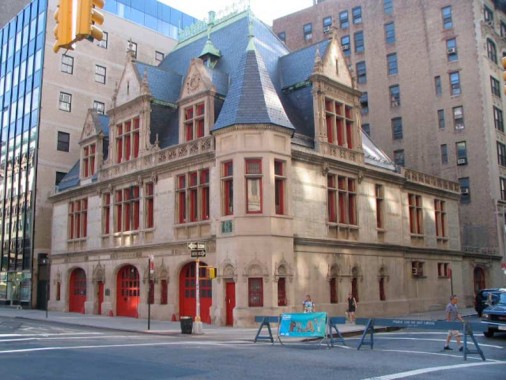 The crown jewel of Lafayette Street, other than Colonnade Row which we’ll see on a later page and the Bogardus cast iron building (see below), is Engine Company 31, a former firehouse at White Street. As the historical plaque says:

This building, constructed in 1893, is among the best of the many eclectic firehouses built by Napoleon de Brun and Sons. Today it seems surprising that such an elaborate design would be used for so utilitarian a structure. The entire spirit of the building — with its corner tower, steep roof, dormers and stone and iron crestings — recalls a romantic fairy tale. 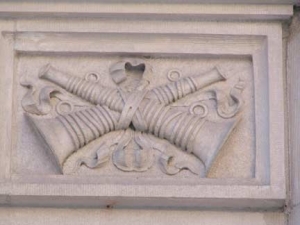 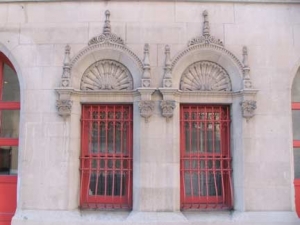 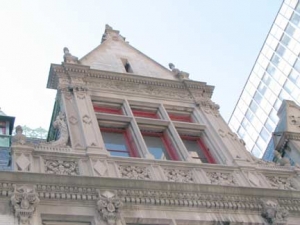 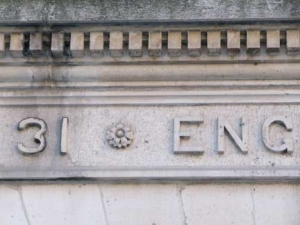 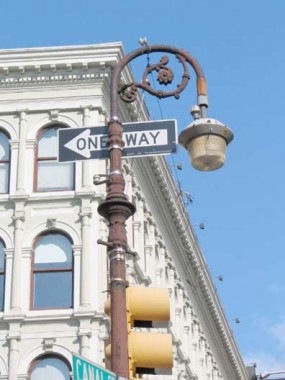 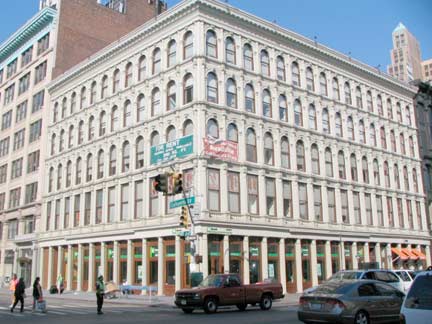 Cast-iron city at Canal and Lafayette, with a surviving Type 1BC post, one of the oldest bishop crook designs, and 254-260 Canal, a cast-iron front building that may have been designed by the father of cast iron architecture, James Bogardus. It was built in 1857 in an Italianate palazzo style.

One of the building’s little Easter eggs is the presence of Medusa heads over each and every 4th-floor window arch.

From WINDSOR TERRACE to KENSINGTON

Stop by my shop and buy some books. The Civil Service Bookshop 38 Lispenard St., NYC 10013.