According to maps through most of the 20th Century, Smiths Lane is a narrow alley running from Rockaway Parkway southwest to East 92nd Street just south of Farragut Road in Canarsie. By 2011, though, the alley has been pretty much reduced to one block and a tiny cul de sac. 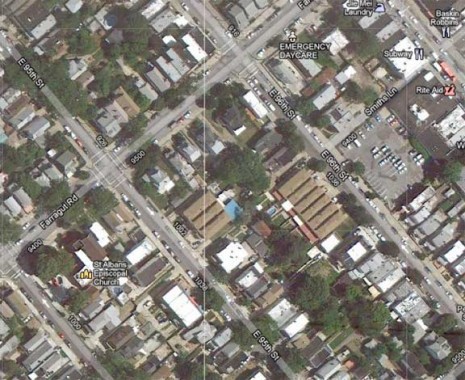 This Google satellite view shows Smiths Lane as running one block (at the right side of the photo) between Rockaway Parkway and East 96th. A close look, though, reveals the right of way runs further west.

The alley is one of several surviving lanes that connected different properties in Canarsie before it joined the rest of Brooklyn (it was formerly in the town of Flatlands) in the late 1890s, and the rest of NYC in 1898. By 1900 the overall street grid had been plotted, but it wasn’t actually constructed until the 1910s and 1920s, and many of the older lanes survived for decades. 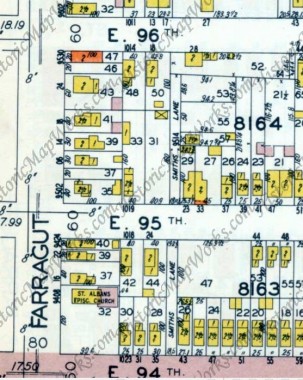 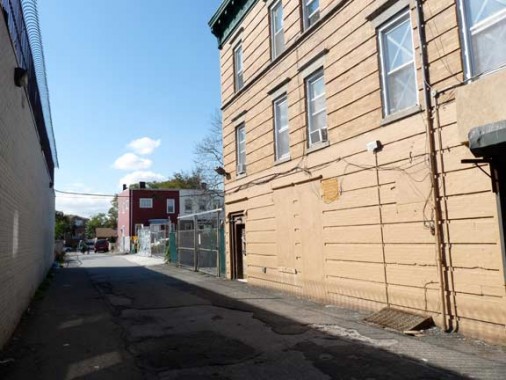 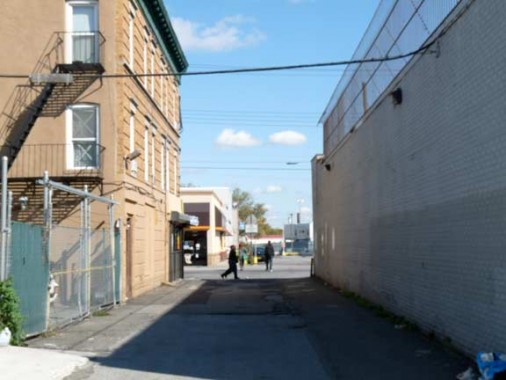 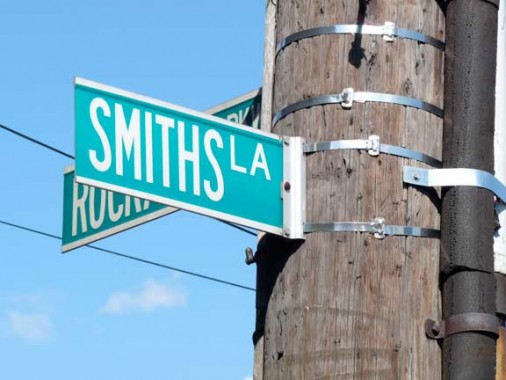 The paved stretch of Smiths Lane between Rockaway Parkway and East 96th Street is the only surviving through stretch, and this is the only Department of Transportation street sign. 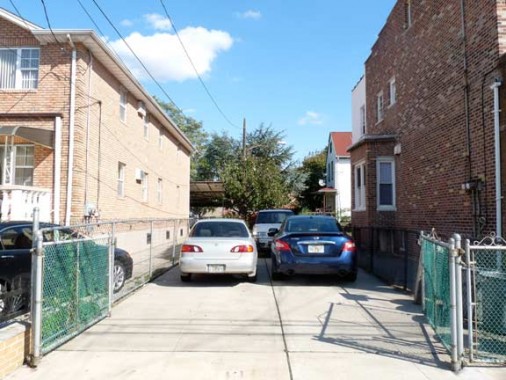 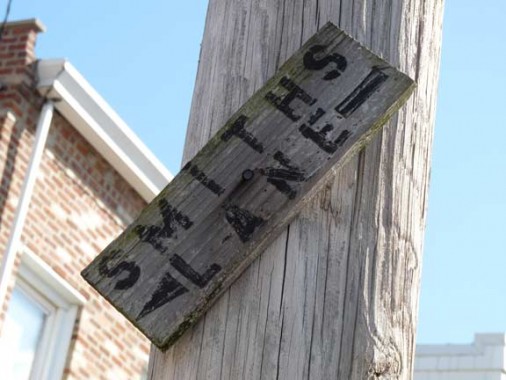 This dead end stretch of Smiths Lane east of East 95th survives because oif a house, its only official address. A hand drawn wood sign marks it. 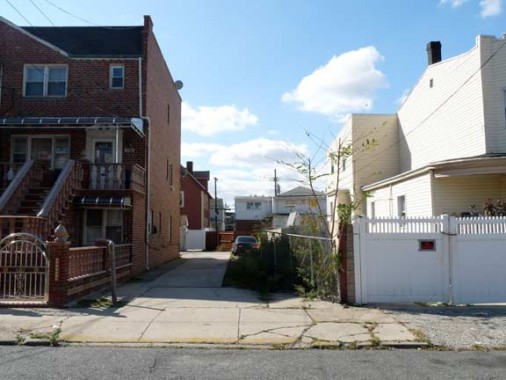 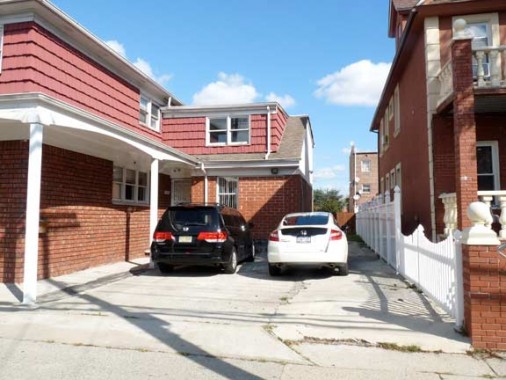 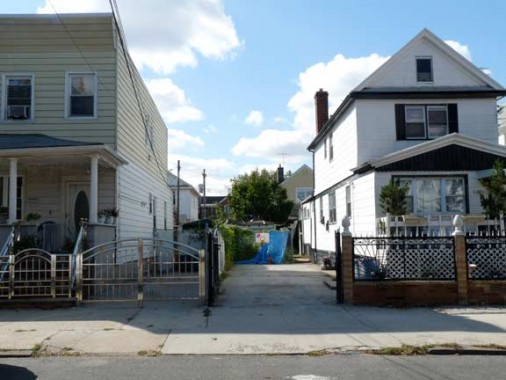 Ditto the north and south sides of East 94th. 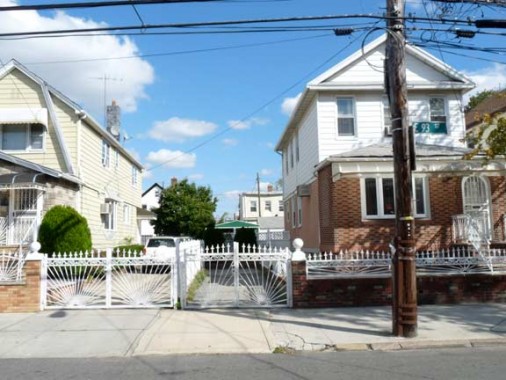 At East 93rd, Smiths Lane has also been absorbed into a driveway. A telltale sign, though, is the presence of a midblock street sign for East 93rd.

Wonder if the “driveway” portion was sold to the homeowner or just taken over years ago?

For those of you also into city street signage – report missing, damaged and other sign problems at:

Two lanes/roads that seem to have been confiscated by parking lots/yards: Riis Ave. and Irene Court, both located in Rockaway. Anybody know anything about them?

There was once a pony that lived on that road, back in the 60s when it was unpaved. Anyone else remember that? So sad to see it looking as ugly as the rest of Canarsie.

Our family owned a leather shop on Smith’s Lane in the late 1800s and my grandfather lived at 1075 E. 92nd St .I wonder if there are any records of the business on file somewhere. Loved finding this article!