There’s this enclave in Queens where Jamaica meets Briarwood, on 145th and 146th Streets and 88th and 89th Avenue east to Sutphin Boulevard, where the avenues are paved with incredible red brick. Every few years I go back to see if the red brick streets are still there, and as of December 2013, I have not yet been disappointed… 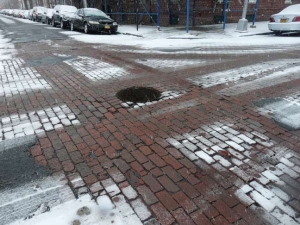 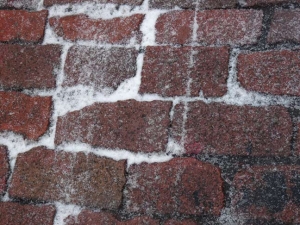 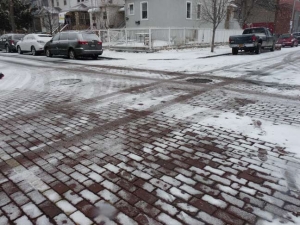 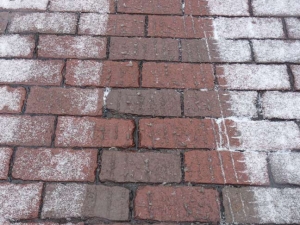 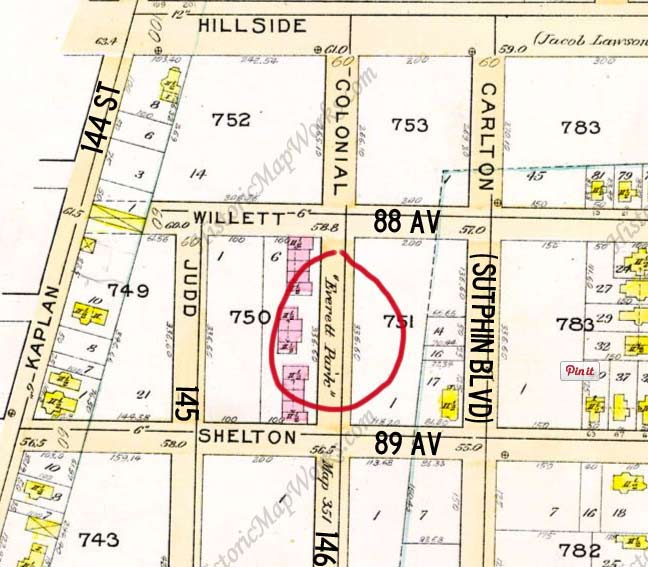 This 1915 atlas plate (I labeled some of the streets with the modern numbers) shows an “Everett Park” on Colonial Avenue (now 146th Street). And, this 1916 article in the Brooklyn Daily Eagle notes the interntions of the developer F.W. Scutt & Co. to build new housing in the area:

The map was produced in 1915 and the listing was in 1916, so we can imagine the neo-Federal attached houses were built sometime between 1915 and 1920. That, of course, has given the homeowners plenty of time over the year to alter their properties in this non-landmarked enclave: 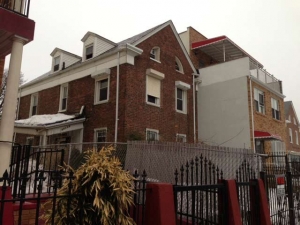 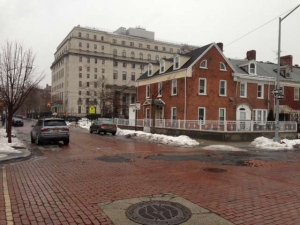 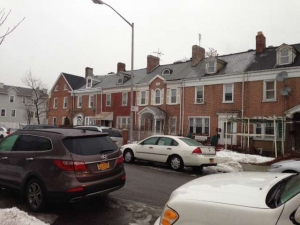 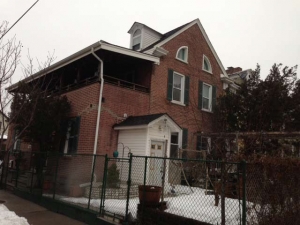 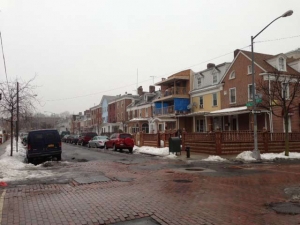 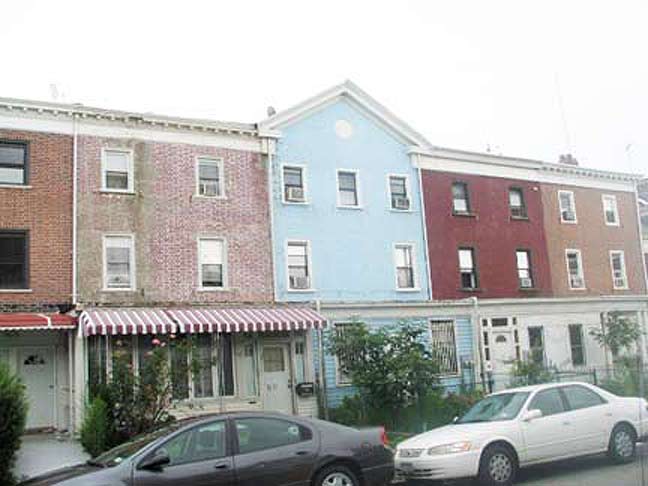 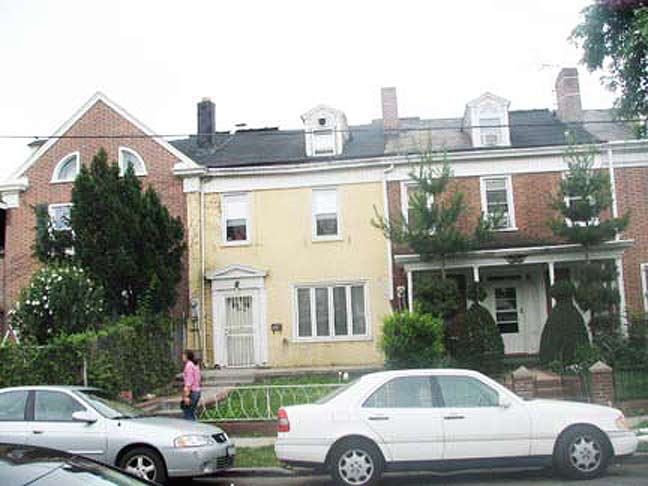 As you walk down 146th, though, you can tell that this was designed as a group of houses not found very often in Queens. It’s too late for landmarking (though I wish the red-bricked 88th and 89th Avenues could be). See Everett Park while you can…

I’d forgotten about this area’s brick streets, but seeing the pictures triggered memories of Sutphin Blvd also paved with them, at least into the 1960s (for all I know, it still is, haven’t been there is decades). Or, am I imagining it?

Something doesn’t seem to match up here. In the 1916 article from the Brooklyn Eagle, it states “Everett Park” was to be built between Shelton (89th Avenue) and Fulton Streets (Jamaica Avenue) on both sides of Middletown Avenue. These houses were built one block north of those two avenues, and on Colonial Avenue (146th Street). I have looked at period maps and can not locate a Middletown Street anywhere in that vicinity of Jamaica. In addition, I have consulted a 1913 E. Belcher Hyde Map Co. plate for the area, and it shows the same buildings which are on the 1915 map in the area marked “Everett Park”, and the footprints for the buildings on both the 1913 and 1915 map plates do not match up with the current building footprints, because it shows five attached rowhouses with the three middle units being set back, unlike what we see here which the rowhouses all have a uniform setback to the street. It seems both the 1916 Brooklyn Eagle article has some erroneous information, as do the map plates. The only thing that is an undisputed fact is the subdivision of “Everett Park” shows up on the map plate where these rowhouses currently sit.

I believe the buildings shown on the Everett Park site shown on the 1915 map were built between 1915-1920. I’m guessing but I think Middletown Ave and Colonial are the same avenue. Names were in greater flux at that time since the streets were still relatively undeveloped.

For 25 years, 1982-2007, I worked in Jamaica near those two blocks and often took lunchtime strolls there in nice weather. I certainly noticed the unique row houses and the red brick pavement, but never knew the original name was Everett Park. Thanks for posting this. Glad to know that the brick paving is still intact.

Sutphin Blvd., which I do remember with brick paving in the 1960s, has long since been redone in conventional asphalt, as it is a major bus corridor.

My dad’s name was Everett; not a common name, but a royal sounding one for sure…also, I see New Utrecht included in Brooklyn story…when I traveled to Holland, I was fortunate to visit Utrecht there to ride bikes and enjoy time with friends…thank you for the interesting Brooklyn article…

As the indefatigable photographer who sparked interest not only here but on Brownstoner and Queenscrap, I offer the following information. The buildings indicated on the west side of Colonial Avenue on the 1915 map are consistent with the structures currently there: three groups of five, four and five attached houses. The building permits for these properties were drawn in 1912 for the outer fives and 1913 for the inner four. Permits for the continuous terrace across the street date from 1913. Surely by 1914, all these houses were in place. The Brooklyn Eagle article (if we accept Middletown Street as Colonial Avenue) refers to the next block south between 89th and Jamaica avenues. Permits for these semi-detached houses date from 1916, which is consistent with the article. I am pleased that my photographs have created a buzz for this neighborhood. Drawing attention to it may be the best way to save it.

UPDATE: According the the Brooklyn Eagle of 28 February 1914, these houses were designed by the distinguished architect Electus D. Litchfield. Everett Park appears to be an early stab at town planning. In 1918, he would design and plan the well regarded Yorkslip Village near Camden, New Jersey. Here he was retained to design houses of “five to six bedrooms, one and two baths, living room, dining room, pantry, kitchen and laundry”. Though Everett Park is described as a ten-block development, it is unclear whether more blocks of English Colonial-style houses were planned and if such plans were subsequently scrapped for more conventional (ie, cheaper) Beaux-Arts-style houses.