While recently negotiating Kadath in the Cold Waste, i.e., the Upper East Side on a 25-degree afternoon, I reacquainted myself with William Thomas Stead (1849-1912), a pioneering British man of letters whose name produces headscratching these days even among the well-read. A bas-relief of Stead can be found on the Central Park retaining wall at 5th Avenue and East 91st Street.

Stead edited the Pall Mall Gazette, which was later absorbed by the Evening Standard. Stead’s ‘new journalism’ paved the way for the modern tabloid in Great Britain.He was influential in demonstrating how the press could be used to influence public opinion and government policy, and advocated “government by journalism”.He was also well known for his reportage on child welfare, social legislation and reformation of England’s criminal codes. wikipedia

Though Stead pushed for reforms in the treatment of the poor and for child welfare (especially the elimination of child prostitution) in Britain, he was  an imperialist and a firm believer in Britain’s involvement in foreign affairs, influencing Cecil Rhodes in South Africa, who became a close confidant. Oddly, he was also a firm spiritualist and believed in supposed messages from the ghost world.

Stead was traveling to New York, where he briefly resided, on board the Titanic in April 1912. He perished after aiding in loading the lifeboats.  A bronze memorial to Stead was installed in the Embankment along the Thames in London in 1915, and in 1920 a copy of the bronze was installed here. 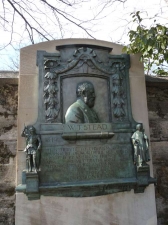 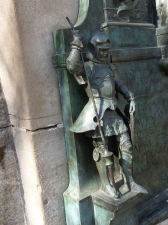 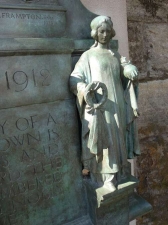 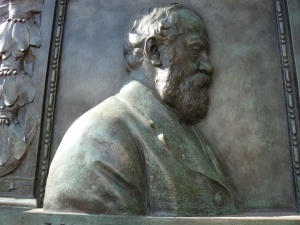 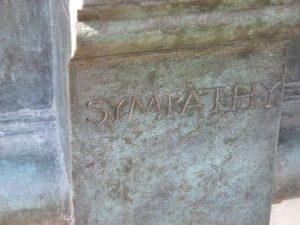 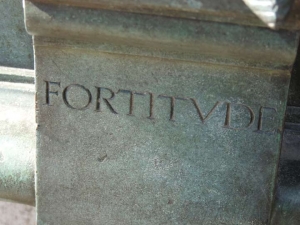 The relief portrait of Stead has held up well over the years, with some well-done serifed lettering using the Roman V’s to replace the U’s. Allegorical figures representing Fortitude and Sympathy flank the relief. 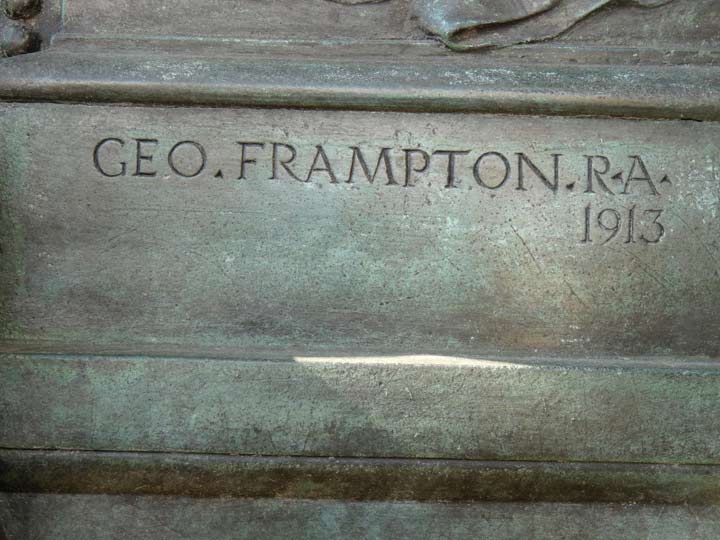 The sculptor of the original bronze in London was Sir George James Frampton (1868-1928).

Among Frampton’s notable public sculptures are the figures of Peter Pan playing a set of pipes, the lions at the British Museum and the Edith Cavell monument that stands outside the National Portrait Gallery, London. The original statue of Peter Pan in Kensington Gardens, London, was commissioned by J.M. Barrie in 1912. wikipedia

More “Who Are Those Guys” in Central Park

Uh-oh,looks like vandals got to the tip of that lance.

New York.
World capitol of vandalism
For no place else on earth comes near it in sheer volume of destruction

A great collection of history in New York

Thanks for giving this 19th century press man some press today. His career has dovetailed into “yellow” moralism controlling the evolution of government, suppressing free thought. We owe it all to Stead!