I always try to feature Volkswagen Buses when I encounter them. Joe DeMarco found this wonderfully restored specimen on Roosevelt Avenue in Corona. VW buses, under their original design, came in two types, the T1, produced from 1950-1967, and the T2, produced from 1967-1979, in Germany and at the company’s Brazilian plant. 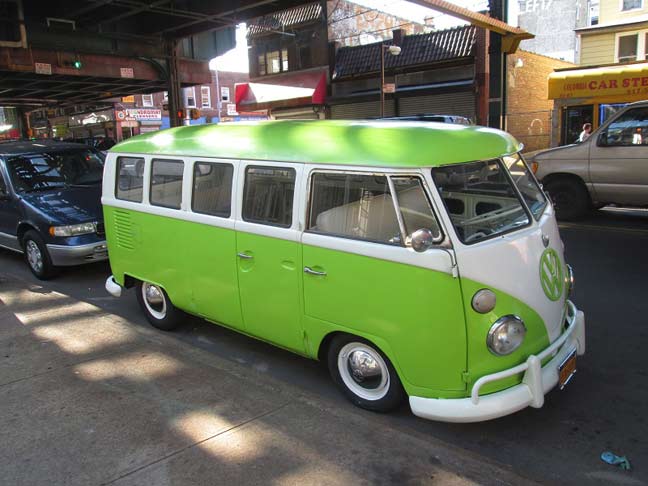 For the layman, the T1 (like this one) can be differentiated from the T2 from the T1’s split windshield and the lack of a front vent, though there were other differences. This one has clearly been treated with TLC.

That’s a nice-looking bus but I doubt that green is a factory color, at least I don’t recall it. It looks good though.

Scooby Doo, where are you?