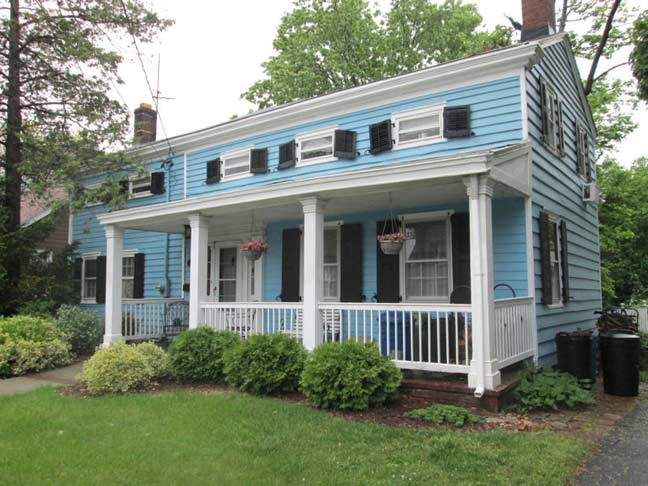 “Sharing architectural forms with other early Tottenville houses, it is one of the best-preserved houses representing the early building traditions of Staten Island’s South Shore. The Rutan-Journeay House is one of the earliest documented houses of newly created Tottenville, and the first on Amboy Road. Through its first two owners the house has close ties to the shipbuilding industry, which flourished in Tottenville from its beginnings in the 1840s through the early 20th century. Shipbuilding and ship repair were important partners of the oyster industry that created the town.” NYC Landmarks