WHAT BECAME OF CYPRESS HILLS’ TAXIDERMIST?

There are some parts of town that your ancient Webmaster doesn’t get around to all that much. Cypress Hills is one of those; I do visit National Cemetery from time to time, and I recently swung through to complete my Fulton Street series.

What comforted me about Cypress Hills, though, is that I was pretty much secure in the knowledge that one of my favorite storefronts, the taxidermist at #964 Jamaica Avenue just west of Grant, would still be there. This was far removed from the Brooklyn of magazine article writers, real estate brokers, and the cats who wear navel-length beards and eat artisanal cheese.

But I had last laid retinas on the taxidermist storefront in 2007, while I had last confirmed its continued existence in 2011. 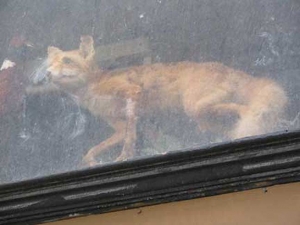 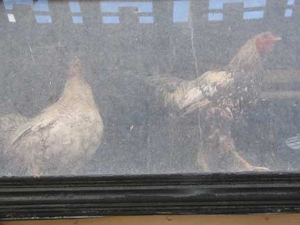 The storefront wasn’t much to look at until you took a close look at the stuffed fox and fowl in the transom window. 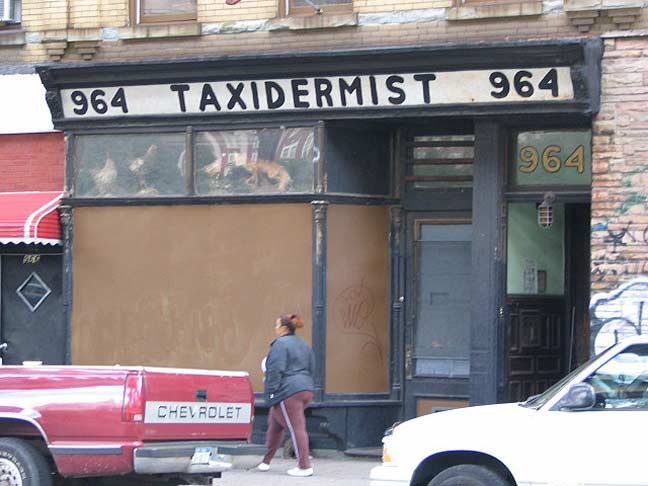 As it turns out, taxidermy, from Greek for “arrangement of skin” and taxicab have the same Indo-European root, tag-, “to touch, to handle.” Taxidermy, or the arrangement, stuffing and mounting of animal skins, has been around since the mid-18th Century and reached an apotheosis in the Victorian era, when stuffed beasts populated the most fashionable homes. Every taxa, er, species, of animal was represented from the smallest hummingbird to the fiercest grizzly or Bengal, and my cousins in Park Slope even had a mounted moose head in the basement they inherited from a previous tenant. Norman Bates, film fiend, was a taxidermist. 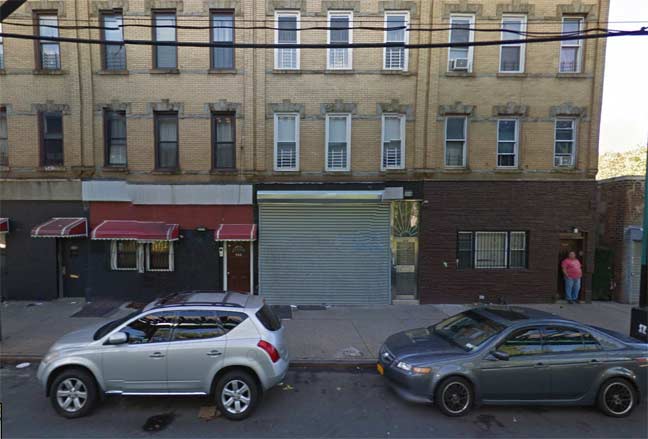 Unfortunately a Google Street View from October 2014 shows the old storefront at #964 blanded out with a new doorway and a roll-down gate. 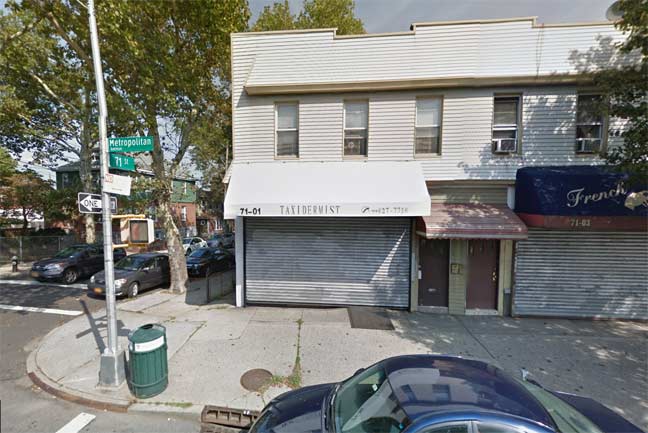 It turns out that John Youngaitis, NYC’s last taxidermist, put the joint up for sale in 2011, a pity since his shop was a sight to behold. Fear not, though, Youngaitis is still in business at Cypress Hills Taxidermy Studio at 71-01 Metropolitan Avenue in Middle Village, where he moved in 2014. And, he has a facebook page. I’ll be sure to get over there sometime soon. Stay tuned!

Seeing that shop now takes me back a long, long way. When I was a child, circa early 1960’s, I remember walking down Jamaica Avenue from Hemlock Street to the Safeway at Eldert’s Lane. The one thing I most remember is passing that Taxidermy shop. It seemed ancient even then but how could a window full of stuffed animal fail to fascinate an 8 year old boy? Glad it relocated rather than disappear altogether.

Norman Bates did his apprenticeship there.

I too walked from Hemlock Street along Jamaica Ave, although in the 70s and was amazed at the animals in the taxidermy shop. I had all but forgotten about it. There was also a plumber or a plumbing supply shop on Jamaica a few streets up (Grant Ave maybe) that had an awesome Tin Man in the window. It was a great childhood in a great neighborhood. too bad we did’nt realize it at the time.

Seems to be a proper place to relocate to, just 2 blocks from the Frank T Lang Building with the 2 cats that adorn the top of the building that were featured in a classic ‘Where an I’ post from Kevin. We want more of the ‘Where am I’ posts, and we want them now.

For more information about taxidermy: http://www.strangeinheritance.com/episodeguide

Wow. That picture of the shop on Jamaica Avenue took me WAY back. When I was a first-grader at the old P.S.65 Q between 77th and 78th Streets, our teacher, Mrs. Ventimiglia, took us on a neighborhood walk to that shop. I remember it being fascinating. Thanks for the memory, Kevin.