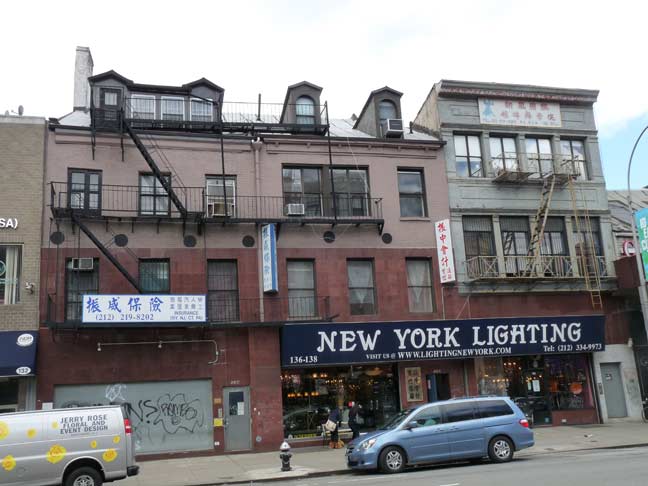 As early as 2005, I was chronicling the changing Bowery in Forgotten New York and was lamenting the imminent demise of McGurk’s Suicide Hall just north of East Houston Street. Bowery has only accelerated its rapid pace of change as the Amato Opera and CBGB have vanished since then. Word now comes of the endangerment of several centuries-old buildings.

According to boweryboogie, the entire row of buildings from 134 to 142 Bowery, between Brand and Broome Streets, have been purchased by a developer for $45 million and are now endangered.

#134 and #136, seen above, were built in 1798 for merchant Samuel Delaplaine and are typical of Federal-style rowhouses of the period, with a pair of dormer windows on the attic floor of each building. 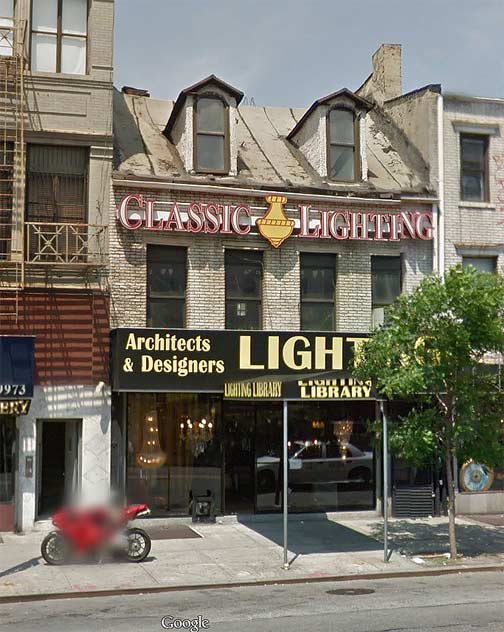 The Google Street View truck caught #140 Bowery, also built in the 1790s, in May 2011, just before the two dormer windows were removed.

According to Daytonian in Manhattan, #140 spent much of its existence as a men’s hat shop before joining many of its fellow Bowery buildings in the Bowery Lighting District.

While hope remains for #134-136, it’s a virtual certainty as of this writing the this little slice of history at #140 will be saying sayonara. $45M talks!