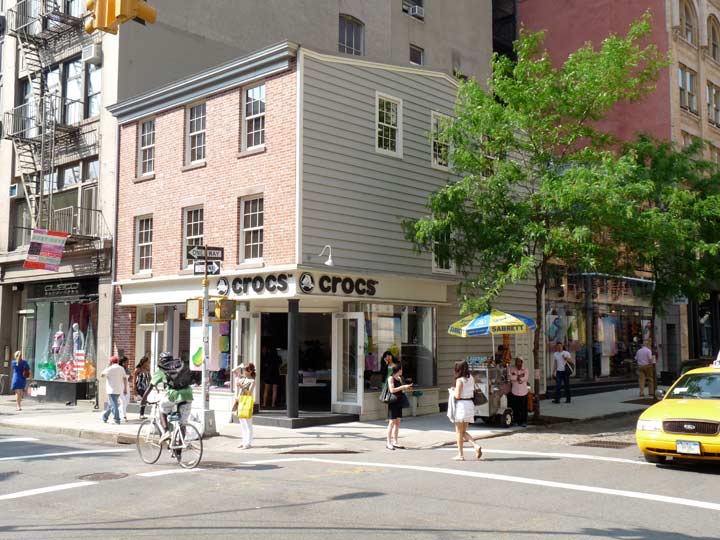 It’s arguable that 143 Spring Street, the 3-story Federal-style building at the corner of Wooster, is the oldest building in SoHo, as records show it was built in 1818, a year in which James Monroe was president, Mary Shelley wrote Frankenstein; or, the Modern Prometheus, the modern design of the US flag was established, Brooks Brothers opened its first store, the 49th parallel was established as the USA’s midwest northern boundary, the Christmas favorite “Silent Night ” was composed, and Karl Marx and Frederick Douglass were born.

I see Crocs, which makes the ugliest shoes I have come across in my 5 decades, took over the building, slapped up a new brick front (the building is wood frame) new siding on the Wooster side, and gone off to glassy flights of the imagination in their replacement of a garage in the adjoining Wooster Street plot. Glad they preserved the building. But Crocs are still fever-inducingly awful to look at.

I seem to have heard that the building has been condemned so wealthy people storage could go here, but I can’t find anything to confirm.