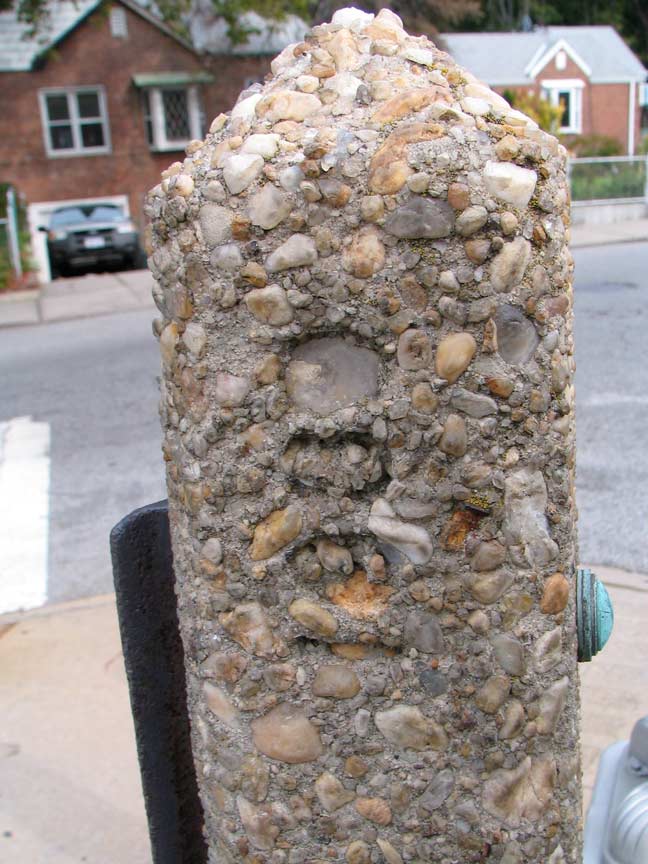 Every so often while prowling around the lesser-known NYC neighborhoods (OK, who am I kidding, it’s usually only me that prowls like this, but I’ll stick with the phrasing) you may run a cross a pebbly concrete post with a date stamped into it (1930, here) and maybe even a couple of verdigris’ed bolts hammered into it, like this one at Calamus Avenue and 74th Street in Maspeth. 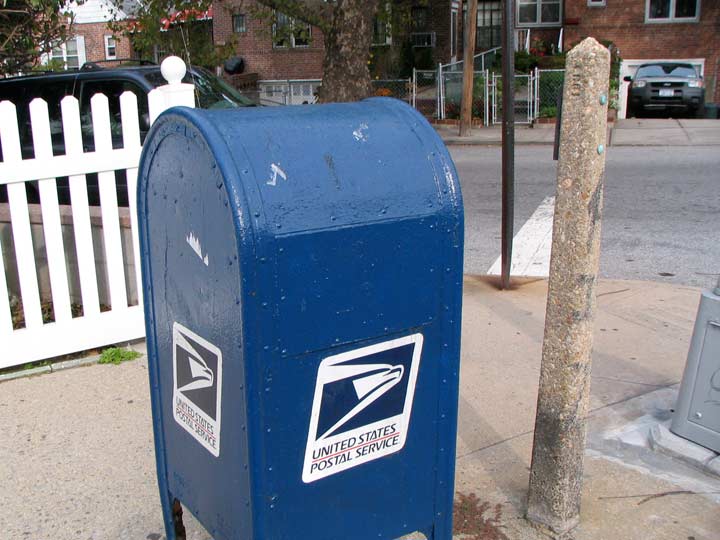 And even if there weren’t a modern mailbox next to it, you might now recognize this as a post that once carried an earlier version of that mailbox, a much smaller one that had just a narrow slot at the top in which to insert letters. (In fact, the word “Letters” was often inscribed on the slot.)

Glimpsing such a mailbox in current use is nearly impossible in 2015, unless you see one mounted outside a museum (as at the Richmondtown Restoration/Staten Island Museum).

Ah but when I began FNY in 1998, there were still a handful of small-slot mailboxes in general use in the five boroughs. I think I captured all of them on this page.

Remember these mail boxes well. Most were pre Zipcode.

They had to be replaced by bigger boxes as population density increased and when they went from two deliveries a day to one. (yes we used to get mail twice a day!)

But that was before the US Post Office got unionized.

There are several of the posts in Forest Hills Gardens. One of them I remember had 1939 dated on it. You can clearly see on these posts where the mailbox was connected.