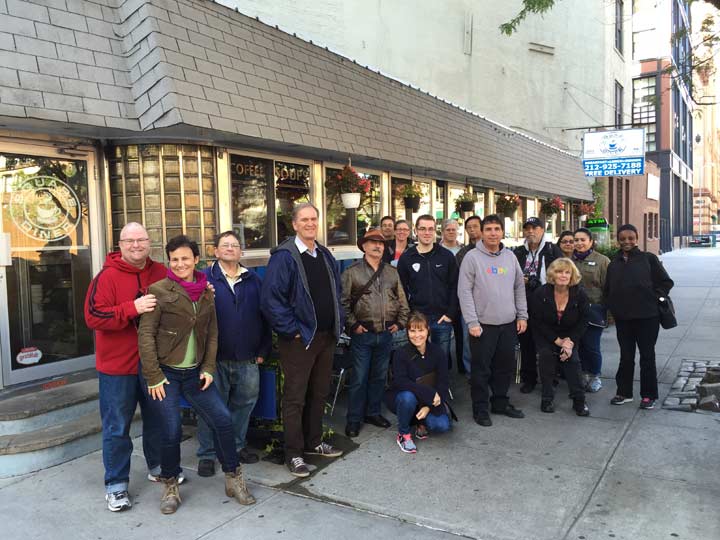 ForgottenFans gather at the Square Diner, Varick and Leonard Streets, for ForgottenTour #99 on October 18, 2015. Some of the tour highlights: 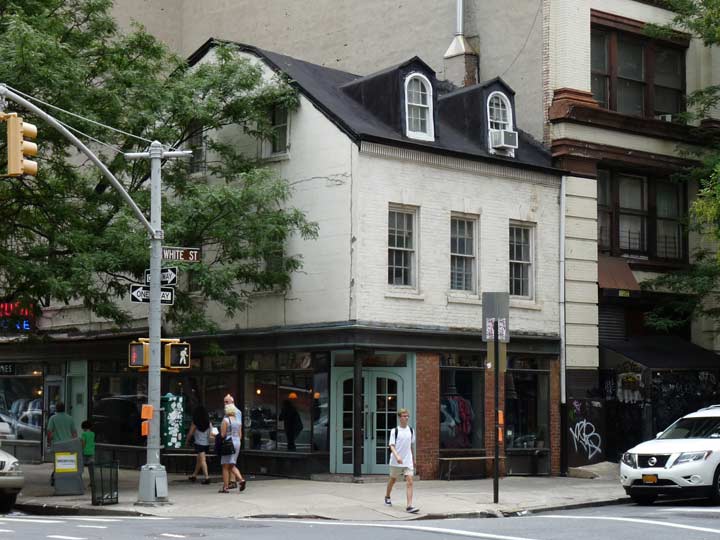 Because of the miracle of landmarks preservation, the designated #2 White Street, at the northeast corner of West Broadway, has survived since 1809. It was constructed that year for a Gideon Tucker, owner of the Tucker & Ludlam plaster factory. It’s one of the few Federal Style row houses remaining in lower Manhattan. A few others that were moved from their original location during construction of Independence Plaza can be seen on Harrison Street west of Greenwich.

In 1941, Leonard Hecht opened a liquor store on the ground floor that continued in business until the 1990s. The Liquor Store Bar then took it over, and then J. Crew in the 2000s. Throughout, the old liquor store signs and gold leaf etchings have been permitted to remain in place. 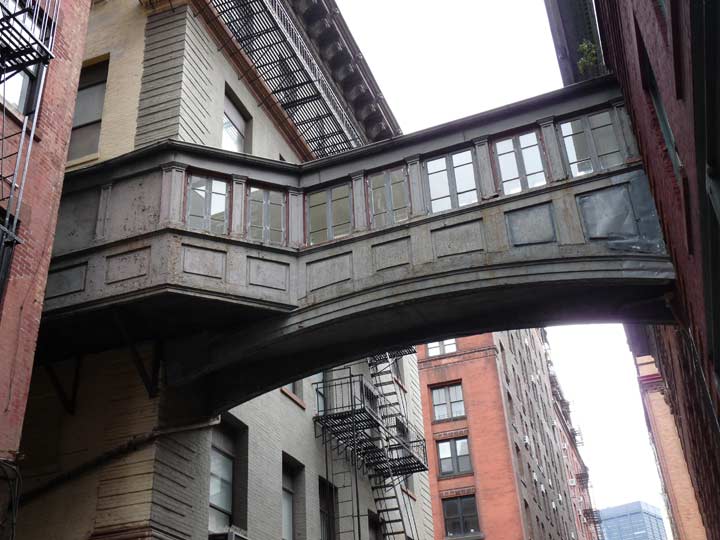 The Staple Street footbridge is made of cast iron and has picture windows along the sides, and connects the third floors of the former House of Relief with the laundry/stables. The Landmarks Designation Report states merely that it is a “later addition, designer undetermined” but it can be no older than 1907. I suppose I’m fascinated with it because while there are many older or more recent pedestrian footbridges connecting buildings around town, they’re usually high above the street, and this one spans one of NYC’s more obscure alleys. It’s Staple Street’s trademark — its hidden nature has saved it.

In 2015 the two apartments the bridge connects, and the bridge, was for sale as a package deal for $50M. 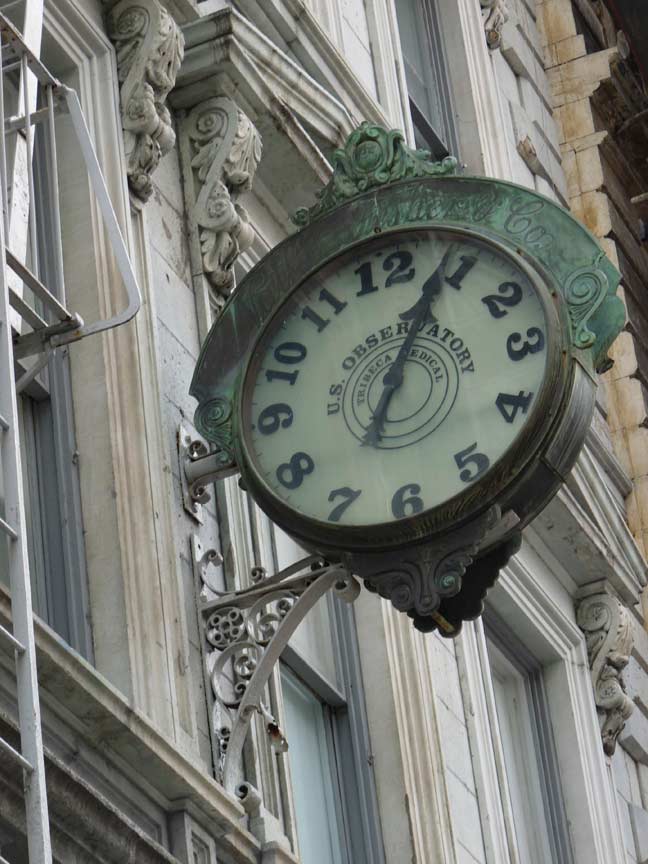 Duane Street between Church Street and West Broadway is lined with Federal style buildings on both sides, some with metal fronts, most dating to the mid-19th Century.

At 146 Duane is one of NYC’s most notable building clocks — look at the intricate metalwork on the bracket. It is a remnant of wholesale shoe company Nathaniel Fisher & Co. When a fire struck the headquarters in 1895, the NY Times reported that it had already been in business for 50 years. The clock may be nearly 150 years old.

The 146 Duane Street clock, can the inside face be 150 years old? It says Tribeca Medical, and isn’t the name Tribeca only from the 1970s?

You’ve probably lost interest after two years, Joshua D, but in case not – yes, the clock face has been refurbished/replaced. An old LPC doc from 1992 shows the original: http://www.nyc.gov/html/lpc/downloads/pdf/reports/TRIBECA_SOUTH_HISTORIC_DISTRICT.pdf