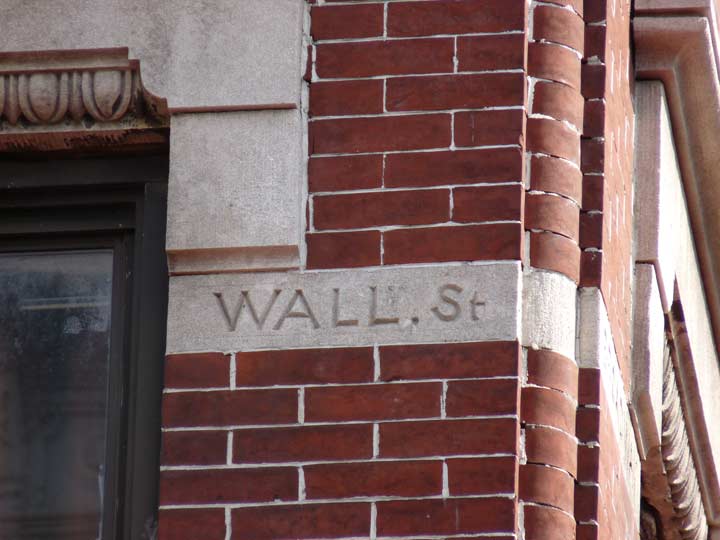 Today, Manhattan (Financial District) and Staten Island (St. George) have Wall Streets, but Brooklyn no longer does. A street sign at Broadway and Arion Place, a couple of blocks north of Myrtle Avenue, reminds us of when Brooklyn did have a Wall Street. 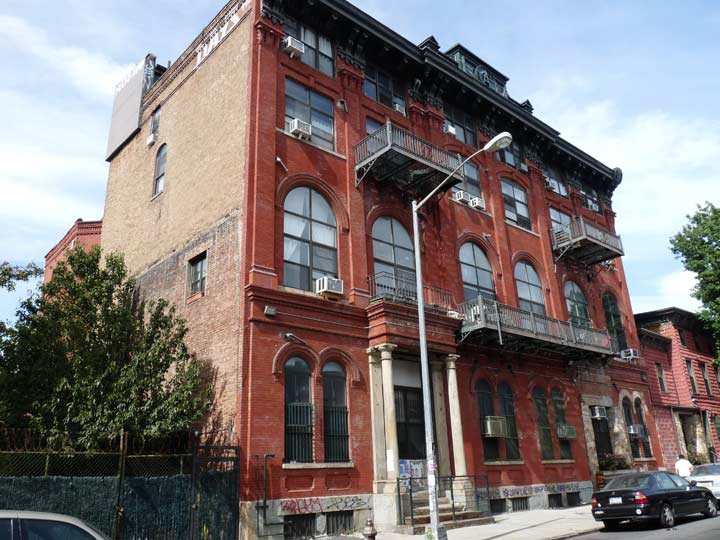 On Arion Place between Broadway and Bushwick Avenue is the hulk of the old Arion Männerchor, Bushwick’s foremost German “singing society,” an organization promoting German culture. It later became a mansion and catering hall, but these days it has been converted to apartments (when I first visited in 1999, the building was in decrepit shape). The building is rich in detail of its musical past with initials at the very top and lyre-shaped ironwork on the fire escapes. Arion was a lyre player in the classic Greek stories, and lyre-ish metalwork can be seen on the fire escapes. The cornerstone reveals an 1886 construction date; I’m not sure when Wall Street was renamed, but it does seem to have been in street directories by 1910 or so.

During my last few visits I’ve noticed the building is somewhat rundown and the front entrance is blocked up. Perhaps residents have a key to a side entrance perhaps located at the chain link fence at left. Anyone who lives in the area, fill me in.

From Comments: The place is now the Opera House Lofts, but it’s still in such an outwardly decrepit condition, who knows how many units they’re moving.

The current residential incarnation of this building has it’s own website http://operahouselofts.com/

As a former delivery person, I went to this building a few times. Though I never went inside I would meet customers in the courtyard to the right of the building with the shingled facade. The entrance stairs almost look like a fire escape.

I know that at least into the 1970s this building was known as Arion Manor, a rather nice catering hall. My sister had her wedding reception here in 1972. Sorry to see its current wretched condition.

I wonder if the German naming of Arion Hall is a play of their American frowned upon “Aryian” term? Hmmm….