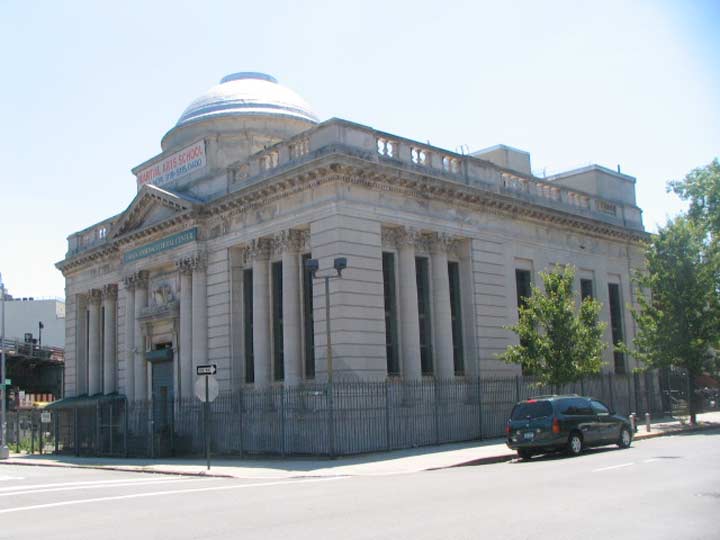 The former Prudential Savings Bank on Stuyvesant and Vernon Avenues, just south of Broadway, the border of Bushwick, is a worthy sentinel at the uneasy line separating the two deep-Brooklyn neighborhoods. It’s a Classically-themed building with an entrance pediment, Corinthian columns and a dome originally lined on its interior by Guastavino tiling, constructed in 1908 by the German-American design firm Daus & Otto. Rudolph Daus and also designed the Church of Notre Dame on Morningside Drive, which tends to get lost on the massive shadow of the Cathedral of St. John the Divine.

The bank itself did not survive the ravages of the late 1970s, and it was purchased in 1994 and converted, after most of the interiors were removed, into the Urban Sports & Cultural Center, which also appears to have closed by now.

Montrose Morris has more at Brownstoner.