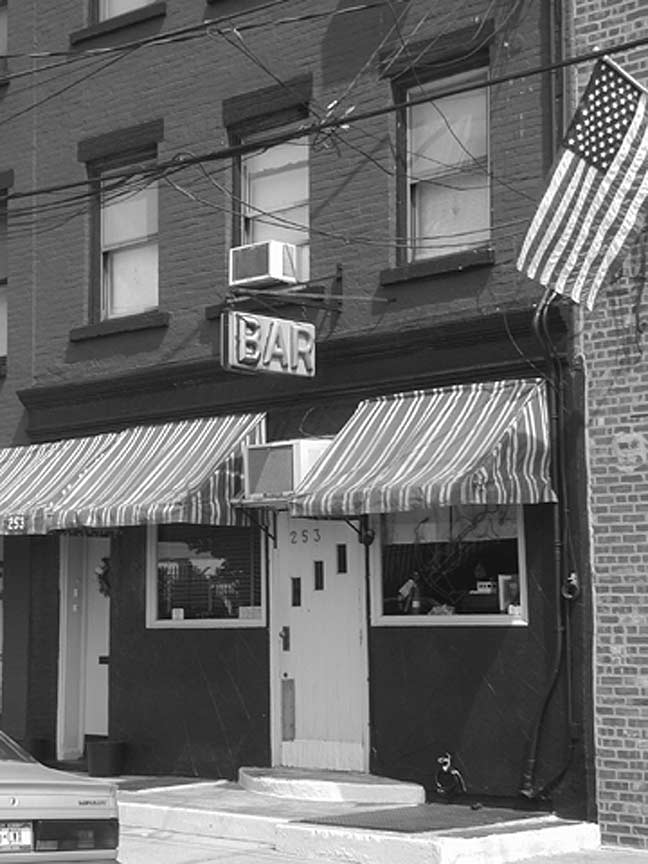 On a ForgottenTour in May 2003, Forgotten Fan Mike Olshan introduced us to Sunny Balzano (1934-2016), whose family’s bar on Conover between Beard and Reed Streets has been a Red Hook waterfront institution for three generations, and Sunny treated us all to a brew as we piled in to a bar that faced several pieces of his own artwork. His family has owned the business for decades, with his uncle John keeping the bar open every day until 6PM, serving sandwiches and Italian food to longshoremen and dock workers.

Gradually, the Red Hook docks became silent as the shipping industry moved across the harbor to New Jersey, depriving the old place of many of its old customers, but Sunny and John discovered that a new clientele of artists and musicians from nearby Williamsburg was coming to the bar. After John passed away in 1994, Sunny ran it as a nonprofit club featuring musicians and local performers, opening Friday nights only, and after acquiring a new liquor license and renovating the bar, Sunny was able to open a couple other nights a week as well. The bar is now a neighborhood gathering place for its new breed of customers, many of whom don’t know it’s a family institution.

Red Hook mourned a local institution when Sunny passed away in 2016. Before his death, a biography by Tim Sultan, Sunny’s Nights: Lost and Found at a Bar on the Edge of the World, came out on Random House.

WHO IS THAT GUY? at Hoboken Terminal

Stumbled in there once in about 1981 off a ship at the Todd yards.Place was dead,neighborhood
wasn’t very friendly either.