Turn a corner in Queens, and you never know what ethic group you’ll run into, especially in the Elmhurst-Jackson Heights-Flushing axis, home to dozens of nationalities, especially from South America and Asia. I had never known that Elmhurst was a gathering place for expatriate Sherpa, whose homeland is in the shadow of the Himalaya Mountains in eastern Nepal.

The Sherpa are best known for their services as mountain guides and the provision of assistance to adventurers climbing Himalayan peaks. Tenzing Norgay, likely the most widely-known Sherpa in history, aided Sir Edmund Hillary, the first European to attain the peak of Everest, the tallest mountain on the globe. The Sherpa language is unique to the region they inhabit, but can be written using the Tibetan language or Dravidian script used widely in the Indian subcontinent.

Prior to the mid-1990s, there had not been much Sherpa immigration to the New York City area, but a small coterie gained a foothold and established the United Sherpa Association of the USA (I’ve never heard it mentioned, but “The USA of The USA” can get somewhat awkward, no doubt) in 1996, with just a handful of members. A few years after that, a former Christian church constructed in 1947 at 41st Avenue and 75th Street was purchased for the group’s headquarters. Today, NYC’s Sherpa community numbers about 2,500 people, which sounds like a modest number, but is actually the largest number of Sherpa to be found outside of Nepal. 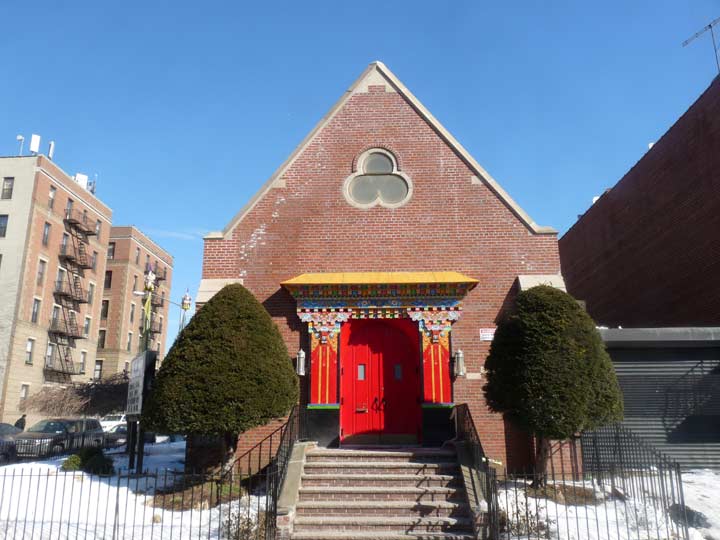 The United Sherpa Association building, 76th Street and 41st Avenue, is a marvel of handcrafted and handpainted art at its entrance. The interior features an incredibly decorated Buddhist temple. 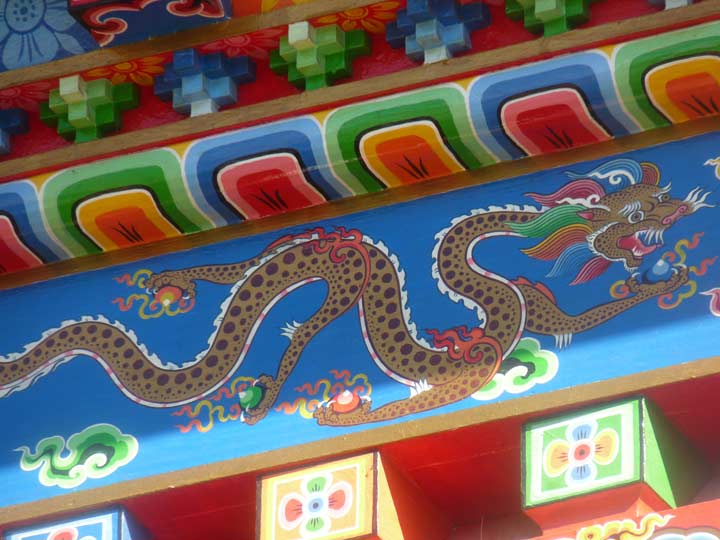 The Association was in the news in 2014 after an avalanche in the Himalayas last April 18th killed sixteen Sherpa mountain guides. April and May are the peak months for mountaineering in the Nepalese peaks. A prayer service and vigil were held in the building. 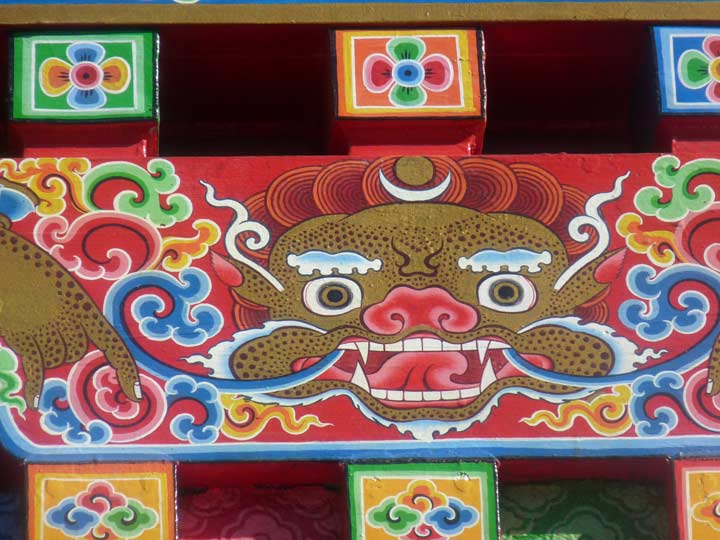 Founded in 1996, the United Sherpa Association strives to present a common platform for conserving Sherpa language, religion, culture, arts and other areas of common interest.

This article originally appeared in Brownstoner Queens, which has been folded into Brownstoner.

Next time you’re in the area, random reader, try out a momo (a Tibetan or Nepalese dumpling stuffed with savory beef and herbs) from one of the nearby restaurants along Roosevelt. Delicious.