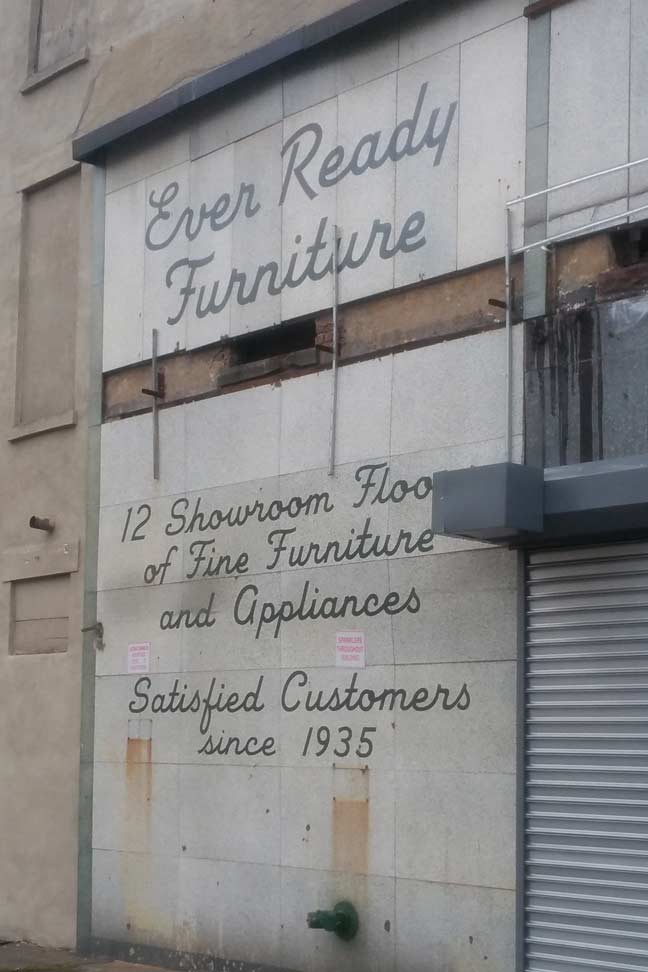 I admit, I learned cursive writing in grade school but I haven’t used it since, except to write my name (I am one of those people who try to make my signature readable). I had problems when I was learning it. I’ve always been a print guy and I’m very fond of my handprinting. I could even digitize my printing and make it a font. Cursive, though, I rebelled against because some of the letterforms bore no resemblance whatsoever to their printed counterparts. Look at that cap A. Cursive cap A’s are ridiculous: the printed versions look like inverted V’s with a crossbar, and that’s how I always envision them.

Cursive, like shorthand, arose as a way to write fluidly and quickly. It’s gradually lost traction over the decades; look at letters written in the 18th and 19th Centuries, and you’ll see some genuinely gorgeous handwriting. Today, bored kids raised on it usually follow my course and drop it as soon as they don’t have to use it anymore.

There are various typefonts that imitate cursive writing, like on this ad for a long-departed furniture store on Quincy Street and Broadway at the undefended border of Bedford-Stuyvesant and Bushwick. It probably has not been there since 1935, but it’s certainly been there since at least the mid-1950s. It was covered by a garish neon restaurant sign for a couple of years.

Handwriting matters — but does cursive matter? The research is surprising. For instance, it has been documented that legible cursive writing averages no faster than printed handwriting of equal or greater legibility. (Sources for all research are listed below.)

More recently, it has also been documented that cursive does NOT objectively improve the reading, spelling, or language of students who have dyslexia/dysgraphia.
This is what I’d expect from my own experience, by the way. As a handwriting teacher and remediator, I see numerous children, teens, and adults — dyslexic and otherwise — for whom cursive poses even more difficulties than print-writing. (Contrary to myth, reversals in cursive are common — a frequent cursive reversal in my caseload, among dyslexics and others, is “J/f.”)
— According to comparative studies of handwriting speed and legibility in different forms of writing, the fastest, clearest handwriters avoid cursive — although they are not absolute print-writers either. The highest speed and highest legibility in handwriting are attained by those who join only some letters, not all: joining only the most easily joined letter-combinations, leaving the rest unjoined, and using print-like shapes for letters whose printed and cursive shapes disagree.

Reading cursive, simply reading it, can be taught in just 30 to 60 minutes — even to five- or six-year-olds (including those with dyslexia) once they read ordinary print.

There’s even a free iPad app teaching how: called “Read Cursive” — appstore.com/readcursive
Given the importance of reading cursive, why not teach this vital skill quickly — for free — instead of leaving it to depend upon the difficult and time-consuming process of learning to write in cursive (which will cost millions to mandate)?

We don’t require our children to learn to make their own pencils (or build their own printing presses) before we teach them how to read and write. Why require them to write cursive before we teach them how to read it? Why not simply teach children to read cursive — along with teaching other vital skills, such as a form of handwriting that is actually typical of effective handwriters?
Just as each and every child deserves to be able to read all kinds of everyday handwriting (including cursive), each and every one of our children — dyslexic or not — deserves to learn the most effective and powerful strategies for high-speed high-legibility handwriting performance.
Teaching material for practical handwriting abounds — especially in the UK and Europe, where such handwriting is taught at least as often as the accident-prone cursive which is venerated by too many North American educators. Some examples, in several cases with student work also shown: graphics8.nytimes.com/images/2009/09/08/opinion/OPED-WRITING.1.pdf, briem.net, italic-handwriting.org, studioarts.net/calligraphy/italic/hwlesson.html, BFHhandwriting.com, handwritingsuccess.com, Lexercise.com, HandwritingThatWorks.com, freehandwriting.net/educational.html )

Even in the USA and Canada, educated adults increasingly quit cursive. In 2012, handwriting teachers across North America were surveyed at a conference hosted by Zaner-Bloser, a publisher of cursive textbooks. Only 37% wrote in cursive; another 8% printed. The majority — 55% — wrote with some elements resembling print-writing, others resembling cursive.
(If you would like to take part in another, ongoing poll of handwriting forms — not hosted by a publisher, and not restricted to teachers — visit http://www.poll.fm/4zac4 for the One-Question Handwriting Survey, created by this author. As with the Zaner-Bloser teacher survey, so far the results show very few purely cursive handwriters — and even fewer purely printed writers. Most handwriting in the real world — 75% of the response totals, so far — consists of print-like letters with occasional joins.)
When even most handwriting teachers do not themselves use cursive, why glorify it?

Believe it or not, some of the adults who themselves write in an occasionally joined but otherwise print-like handwriting tell me that they are teachers who still insist that their students must write in cursive, and/or who still teach their students that all adults habitually and normally write in cursive and always will. (Given the facts on our handwriting today, this is a little like teaching kids that our current president is Richard Nixon.)

What, I wonder, are the educational and psychological effects of teaching, or trying to teach, something that the students can probably see for themselves is no longer a fact?
Cursive’s cheerleaders (with whom I’ve had some stormy debates) sometimes allege that cursive has benefits which justify absolutely anything said or done to promote that form of handwriting. The cheerleaders for cursive repeatedly state (sometimes in sworn testimony before school boards and state legislatures) that cursive cures dyslexia or prevents it, that it makes you pleasant and graceful and intelligent, that it adds brain cells, that it instills proper etiquette and patriotism, or that it confers numerous other blessings which are no more prevalent among cursive users than among the rest of the human race. Some claim research support — citing studies that invariably prove to have been misquoted or otherwise misrepresented by the claimant.

So far, whenever a devotee of cursive claims the support of research, one or more of the following things has become evident as soon as others examined the claimed support:

or, almost as often,

/2/ when sources are cited and can be checked (by finding and reading the cited document), the sources provided turn out to include and/or to reference materials which are misquoted or incorrectly represented by the person(s) offering these as support for cursive,

or, even more often,

/3/ the claimant correctly quotes/cites a source which itself indulges in either /1/ or /2/.

Cursive devotees’ eagerness to misrepresent research has substantial consequences, as the misrepresentations are commonly made — under oath — in testimony before school districts, state legislatures, and other bodies voting on educational measures. The proposals for cursive are, without exception so far, introduced by legislators or other spokespersons whose misrepresentations (in their own testimony) are later revealed — although investigative reporting of the questionable testimony does not always prevent the bill from passing into law, even when the discoveries include signs of undue influence on the legislators promoting the cursive bill? (Documentation on request: I am willing to be interviewed by anyone who is interested in bringing this serious issue inescapably before the public’s eyes and ears.)
By now, you’re probably wondering: “What about cursive and signatures? Will we still have legally valid signatures if we stop signing our names in cursive?” Brace yourself: in state and federal law, cursive signatures have no special legal validity over any other kind. (Hard to believe? Ask any attorney!)
Questioned document examiners (these are specialists in the identification of signatures, the verification of documents, etc.) inform me that the least forgeable signatures are the plainest. Most cursive signatures are loose scrawls: the rest, if they follow the rules of cursive at all, are fairly complicated: these make a forger’s life easy.

All handwriting, not just cursive, is individual — just as all handwriting involves fine motor skills. That is why any first-grade teacher can immediately identify (from the print-writing on unsigned work) which of 25 or 30 students produced it.

Handwriting research on speed and legibility:

Handwriting research on cursive’s lack of observable benefit for students with dyslexia/dysgraphia:

“Does cursive handwriting have an impact on the reading and spelling performance of children with dyslexic dysgraphia: A quasi-experimental study.” Authors: Lorene Ann Nalpon & Noel Kok Hwee Chia — URL: http://www.researchgate.net/publication/234451547_Does_cursive_handwriting_have_an_impact_on_the_reading_and_spelling_performance_of_children_with_dyslexic_dysgraphia_A_quasi-experimental_study
and
http://dyslexia.yale.edu/EDU_keyboarding.html

The research most often misrepresented by devotees of cursive (“Neural Correlates of Handwriting” by Dr. Karin Harman-James at Indiana University):
https://www.hw21summit.com/research-harman-james

﻿
Background on our handwriting, past and present:
3 videos, by a colleague, show why cursive is NOT a sacrament:

A BRIEF HISTORY OF CURSIVE —
http://youtu.be/3kmJc3BCu5g

Yours for better letters,

Remember the term “payroll signature”? You can’t print your name on an official document or on an unemployment check. A lot of academic techno-babble in that post. The reason that cursive writing has fallen into disuse is directly attributable to its not being taught to elementary school students. Using computers and associated text programs have relieved teachers of the responsibility of instructing students in cursive handwriting. This suits the teachers fine; less work during an already short school day. Kate can quote all the reports and studies she wants. It still comes down to the continuing trend of lowering standards and the devolution of education. Now, maybe Kate can explain in 50 paragraphs or less why teachers complain about not having enough hours in a school day to teach their pupils what the are required to know yet still manage to crank out barely literate imbeciles who, never mind writing their names in longhand, have difficulty spelling them correctly.