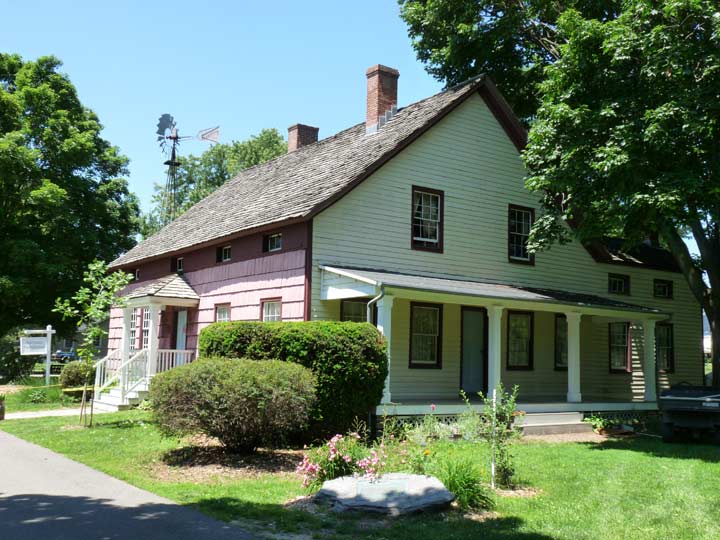 The Queens County Farm Museum, at Little Neck Parkway south of 73rd Road, occupies 47 acres in the heart of Glen Oaks, Queens, New York as the Agricultural Museum of New York: its croplands and orchards are being used to demonstrate the history of agriculture to students and visitors. The Museum staff and volunteers harvest apples and grow herbs, squash, tomatoes and other standard market vegetables, which are sold from a farm stand on the grounds on selected days during the week.

The tract has been farmed for over 300 years. Earliest records show it being sold by John Harrison to Elbert Adriance in 1697; the farm stayed in the Adriance family until the early 1800s, and Elbert’s son Jacob constructed the present farmhouse in 1772.

The farmhouse was restored in 1986 to resemble its condition in 1856, when the Cox family last expanded it. Inside, you will find original plank floors, beamed ceilings, window glass and hardware. Of all of New York’s remaining 18th century buildings, this one may retain more of its original materials than the others.

Other farm buildings were all constructed after 1927 and include three greenhouses and a connecting potting shed, a wagon shed, two barns, garages and a brooder house.

Much more about Queens Farm at Brownstoner Queens in an article I did for them in June 2014.

Nice summary of the Queens County farm museum. In your headline, “Jacob Adrience” should be spelled “Jacob Adriance”.

I am a direct descendant of Elbert and Rem

I’m confused about references to the Adriance
Farmhouse and the Cornell farmhouse. Are they one and the same?