ForgottenFans who have been with me for a while know that my favorite type of architecture is unadorned, low-rise brick construction, whether used for manufacturing, warehousing, or even residential. I live in an apartment complex in Little Neck consisting of one-story buildings that rather resemble this one, albeit in a garden setting, with lawns and conifers. I’m glad I’m there and hope to remain as long as I can.

I treasure these old brick buildings, as they often remind you of the lost manufacturing or other work that has long since deserted the region. Here’s one at Ferris and Walcott Streets on Red Hook’s west end. Le Comte (the name means “The Count” in French) was a manufacturer of a specialty general line of metal cans and metal waste baskets. A listing in the Merchants and Manufacturers Association of Bush Terminal pamphlet in 1962 says the firm was then celebrating its 60th anniversary. Thus, we can infer that the building bearing the company’s name was built sometime in the first decade of the 20th Century. 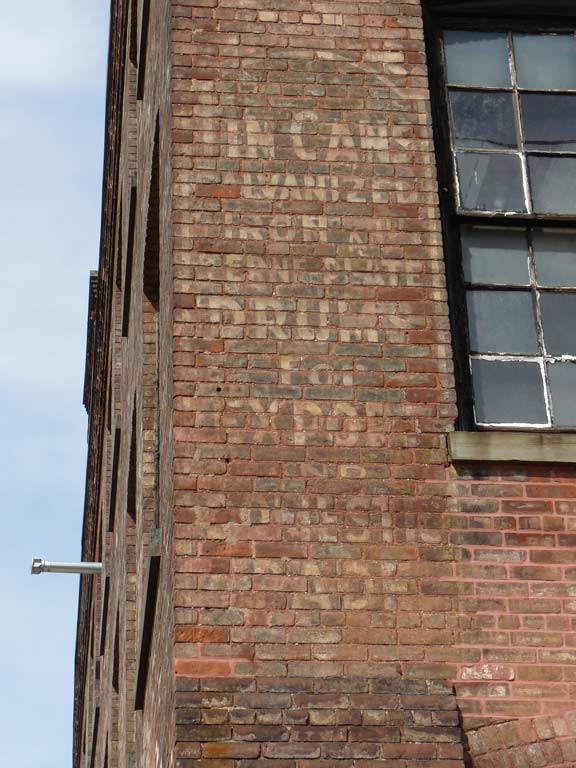 I’ve been past this building a number of times, but didn’t previously notice a smaller painted ad on the corner: “Tin cans, galvanized iron and terne plate drums for export and domestic trade.” Terne is a protective coating made for steel, mostly tin these days, but in the past an alloy of lead or zinc and tin. Similarly, galvinization uses zinc as the protective coating.

I am the last LeComte who was active in the business. We closed in 1993 after 90 years in business, due to imports and high union labor cost. After the Joseph LeComte Mfg. Company at 3rd Ave and 3rd St. closed (forced out of business by American Can Company), this iteration of LeComte and Company opened in 1903 on the corner of Union and Nevins Street. I do not know when we moved to this location at Ferris and Wolcott street, but in 1933 we moved to 147-41st Street Bush Terminal where we were until my father and I moved the plant to Roselle, NJ in 1987 upon the sale of the Bush Terminal complex by Helmsley Spear and the doubling of our rent. We were manufactures of round and square general line specialty tin cans and oval waste baskets.

My grandfather used to work there. Thet knew his as al brown real name is Anthony Tolendini. He worked alongside John deloukeio. They retired in 1976 of 78. I still have your disney theme tin waste paper baskets in my home. They remind me of when I was young I had the run of the place. Seen my first nude girl on one of the lockers. Lol