Schaffer’s Tavern is an 83-year old German restaurant at Victory Boulevard and Bradley Avenue on the south end of Westerleigh, a neighborhood full of very interesting architecture from the late 19th and early 20th Century that was originally developed as Prohibition Park by those who did not favor the recreational consumption of alcohol. Streets were named for presidential candidates of the Prohibition Party such as Clinton B. Fisk, Neal Dow and prominent figures in the Temperance movement. “Dry” states that prohibited liquor also had streets named for them. At first, plots were sold only to Prohibition Party members and temperance followers, but by the early 1900s the character of the neighborhood began to change.

When Prohibition was part of the US Constitution between 1920 and 1933 Staten Island boasted dozens of speakeasies and island residents voted 20 to 1 for repeal in the 1932 election, which also brought Franklin Delano Roosevelt into office. Happy days were not yet in the immediate future, but the hard times could at least be assuaged somewhat. 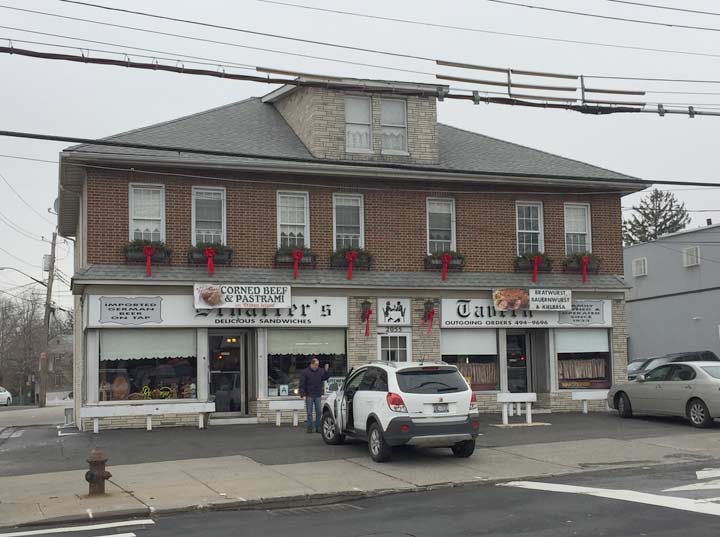 Into the new permissiveness stepped speakeasy owner George Schaffer, whose establishment was at Victory Blvd. and Jewett Avenue. In 1933 with Prohibition repealed, Schaffer purchased a building a block away on Bradley Avenue  that had been a feed and hardware store and and opened a German-themed tavern. 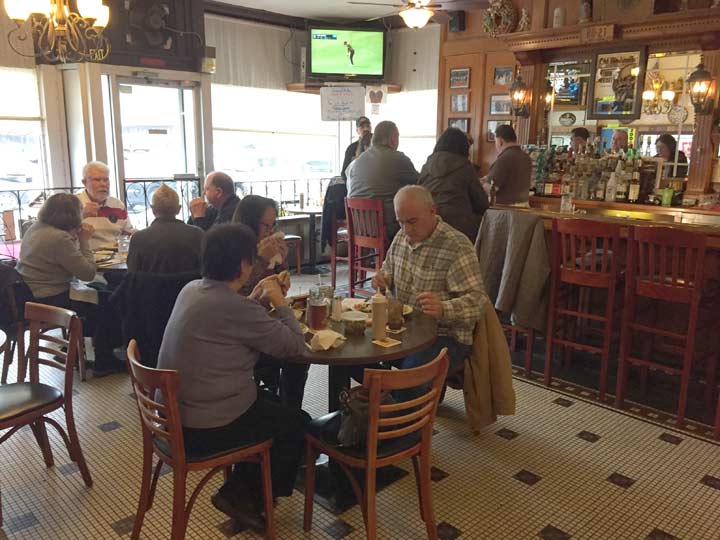 Most of the original exterior and interior decor is intact including the tiled floor and bar. A fire in 1998 did destroy the back bar and dining room ceiling, but a local master carpenter restored these elements to near original condition. The menu consists of typical filling fare with various wursts and bratens, with a large slate of imported German beers (when in a German restaurant I usually settle for Spaten, which is mild enough for my taste buds). Over the years, corned beef has been the most popular item. 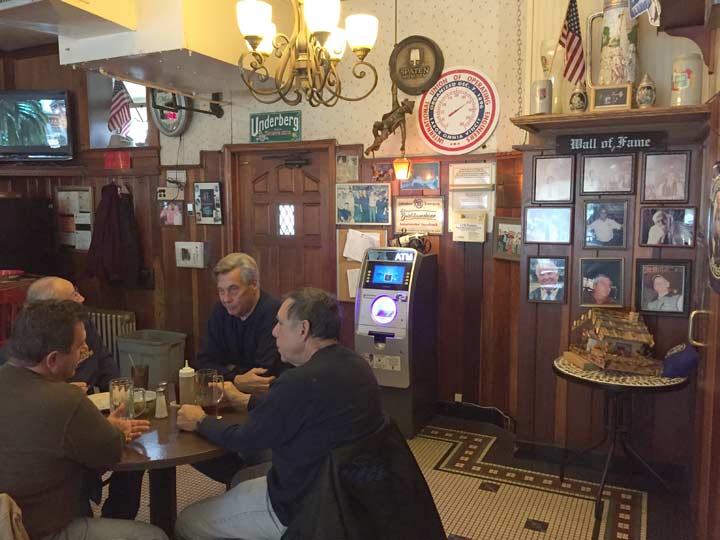 The Wall of Fame on the back wall celebrates various beloved bartenders who have worked at the taps over the decades. Schaffer’s was well-patronized as this was the NFL conference championships Sunday and everyone was getting well-oiled. A Rubsam & Hormann Atlantic Brewery wooden barrel from the 19th century is anchored into the ceiling; this was one of Staten Island’s many former breweries. There’s also a Schaffer beer barrel though the brewer and the tavernkeeper were not related. 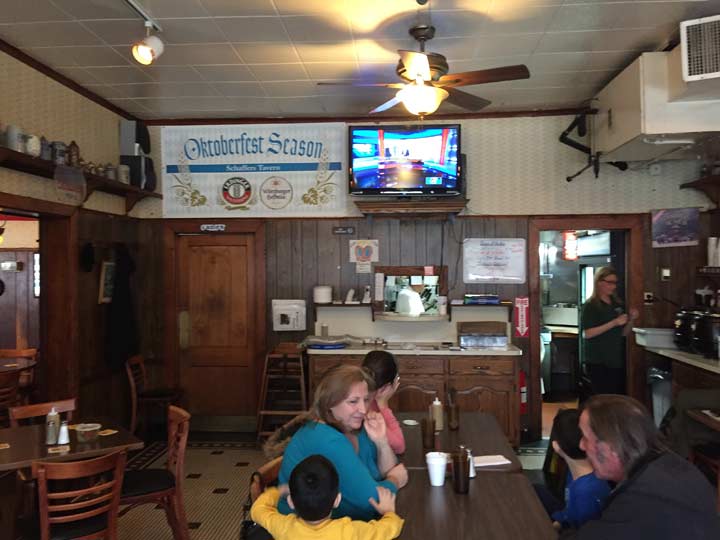 George Schaffer’s grandson “Winky” (who can be found behind the bar on occasion) will continue to manage the tavern with his two sons until permanent closing time, which is unfortunately scheduled for early in 2017. Victory State Bank has acquired the lease from the Schaffer family and will build a new bank on the property, because what Staten Island needs is another bank.

Sic transit Gloria is all you can say. We’re glad NYC still has places like the Old Town Bar (Union Square) and Neir’s Tavern (Woodhaven) and the grand daddy of Staten Island German beer hall/restaurants, Killmeyer’s, in Charleston on the south side of the island.

Thanks to Howard and Jean Siegel, who picked up my tab.

want to reach family – i am related to them