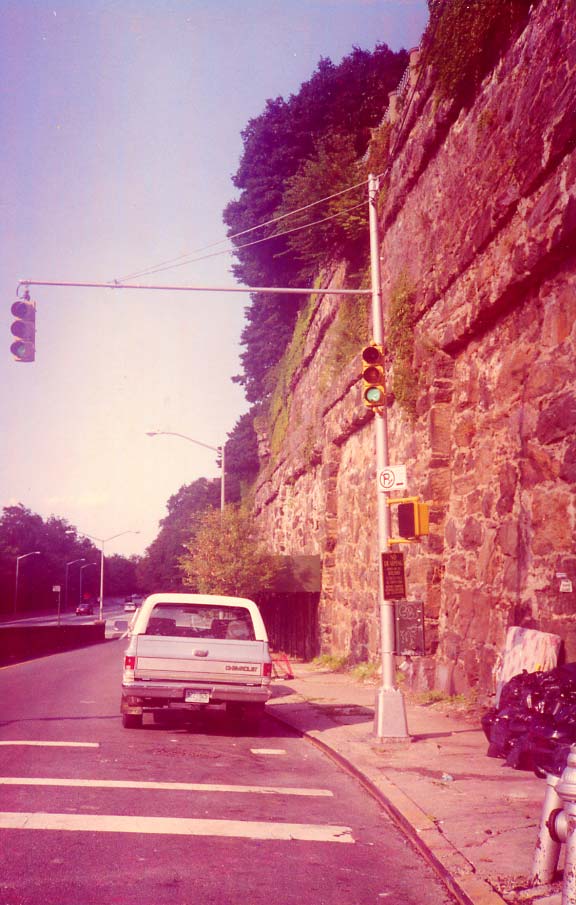 Since the early 1950s, thick-shafted, massive guy wired stoplights have guarded busier NYC intersections. They now number in the thousands since their introduction.

However, very occasionally around town, you would see a simpler version of these stoplights, with cylindrical shafts and straight masts instead of lengthy curved ones.

While on a walk in Washington Heights in 1999 I spotted this one at Riverside Drive and a pedestrian walkway spanning the Henry Hudson Parkway. As this Google Street View image shows, it has since been replaced by the thick-shafted general issue stoplight.

On May 12, 2005, the high brick wall beside Riverside Drive, constructed in 1908, collapsed onto the roadway. Modern views show a distinct style change in the replacement wall, though the decades may render the difference less obvious. 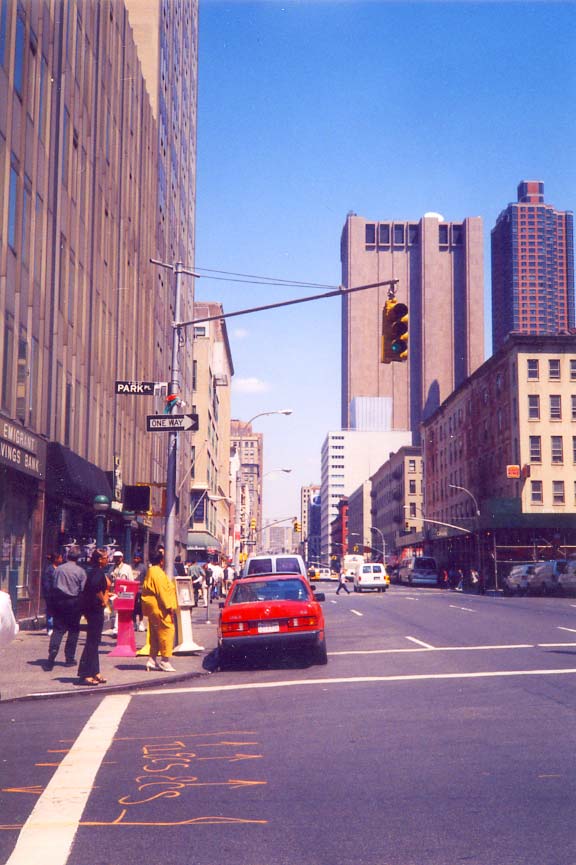 In 1999, a pair of these style stoplights were catercorner on Church Street and Park Place. This pair, too, has since been replaced by conventional models.

Did these unusual stoplights appear elsewhere in NYC? Comment…as you see fit in  Comments below.

Google street view shows another at the fork in Riverside Drive northbound , north of 122nd street.

Somewhat different, but the traffic light poles on the Javits Center side of 11th Avenue between 25th and 29th are also non-standard.

I remember the one on Church St and Park Pl. That was the first thing you’d see when walking out of the 1 train subway.