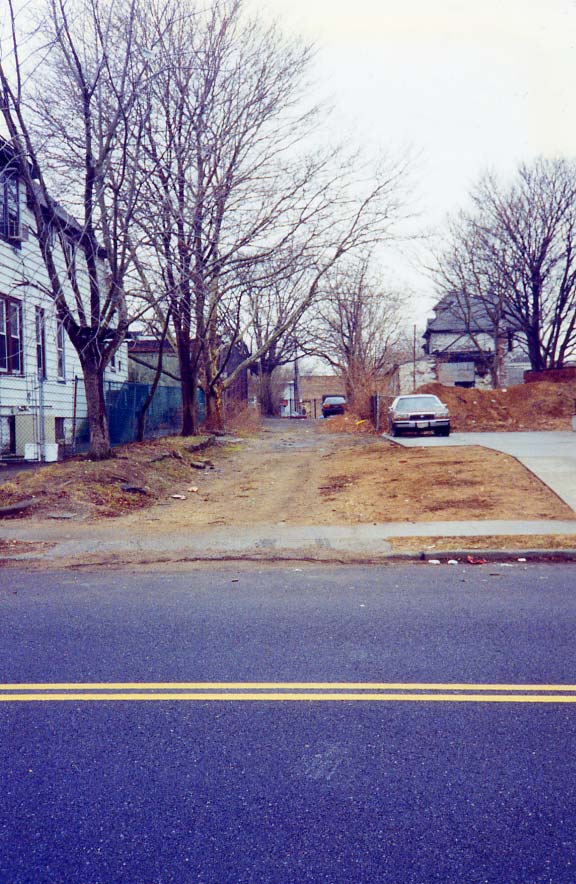 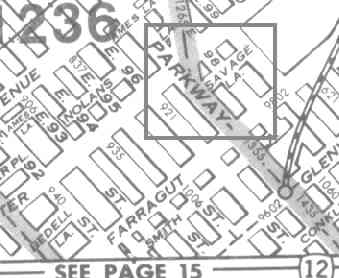 In 1999 I investigated and photographed a Canarsie dead end called Savage Lane, which I have found on only one map: the Colorprint NYC atlas produced by the American Map Co. This map was discontinued about 3 decades ago, and I zealously hold onto my dogeared copy.

I got my 1999 shot from East 98th Street looking west, just south of Foster Avenue. 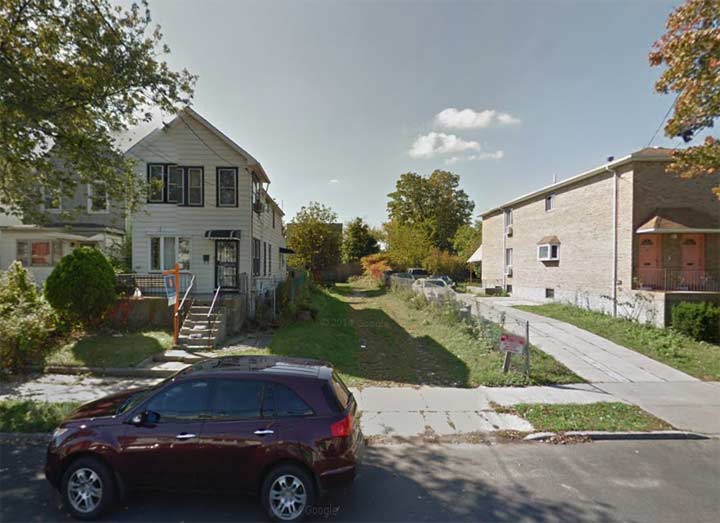 In 2014 (Google Street View) Savage Lane is still there. Long ago it became the driveway of the dwelling seen just to its left. Since 1999, it’s become grassed over, but with some imagination, you could tell it was once a thoroughfare. 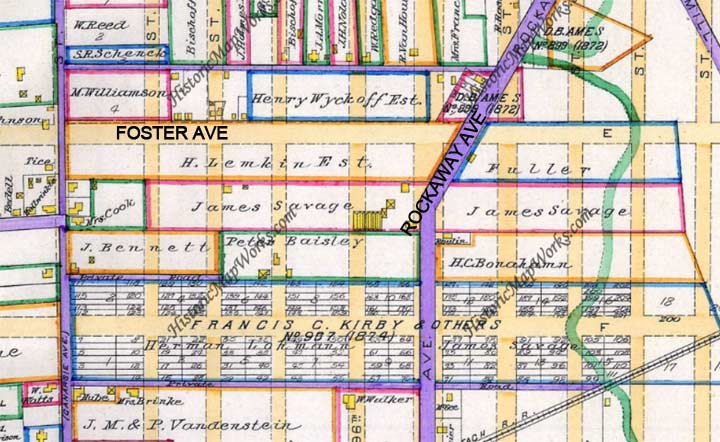 Here’s a Kings County map from 1890 showing the area. The purple lines show paved roads. A James Savage owned property on either side of Rockaway Parkway between Foster Avenue and Farragut Road.

I can guarantee you that no one who lives on East 98th Street these days could tell you about Savage Lane. But that’s why there’s…Forgotten New York.

I would presume that the road’s moniker is not a shout-out to brutality, or a derogatory term for Native Americans, or a popular firearms company, but merely pays homage to a long-forgotten landowner.

as it says in the article

If it were located in the adjacent neighborhood just to the northeast, I can guarantee you’d have the usual protests, marches & petitions vociferously demanding it’s immediate removal.

Great sleuthing. Thanks so much.

Digitize that Colorprint Atlas for posterity. Print it out as you need. Do it now!!!

Good to know and very interesting but I bet you dollars to donuts, if the hipsters and ‘city’ find out about this, that “moment of posterity” won’t last for too much longer. LOVE your website by the way.

P.S. any chance of you giving us info on that bit of track running along the East 105th Street Canarsie line train station, the one over the fence before you get to the main track that stops at the Dead End street sign? Hope you know what I’m referring to, if not let me know and I’ll send you a photo.

‘SAVAGE LANE’ NOT RECOGNIZED. THERE ARE NO SIMILAR NAMES
An exact match for this address was not found. To action your request, the City requires a valid address. Check the address details and call 311 if you are unable to proceed.