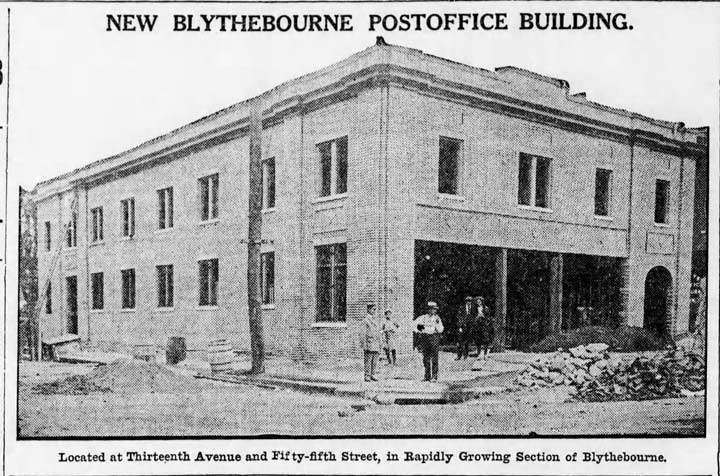 Here’s a photo from the Brooklyn Daily Eagle dated 9/6/1913 of “the New Blythebourne Post Office.” But where is Blythebourne? A hint is given in the caption — 13th Avenue and 55th Street. This building still exists, and happened to be a frequent sight I would see out the window of the B16 bus, where I would ride from Bay Ridge to Prospect Park.

Borough Park is thought of today as a quiet residential neighborhood between Dyker Heights and Kensington in the southwestern quadrant of Brooklyn. But, Borough Park used to have a quite different aspect. Sure, it was always pretty quiet, but until the late 1800s it was the province of farms, hay wagons and mooing cows.

Two things happened that got the rural region the impetus to become the bustling community it has become…the construction of a steam railroad that ran from Greenwood Cemetery to Coney Island that bisected the area by Charles Gunther, later NYC Mayor; and the opening of formerly vacant land to real estate development in 1886 by one Electus B. Litchfield, who called his development “Blythebourne” (from Scottish terms for ‘happy’ and ‘home.’) In 1898 Sen. William Reynolds expanded the property and renamed it Borough Park.

The steam railroad, known originally as the Brooklyn, Bath and Coney Island Railroad, went through various stages of evolution, becoming the Bath Beach and West End Line, becoming electrified, then in 1917 on New Utrecht Avenue, and finally joining the NYC subway system. These days we call it the D train.

Few artifacts remain from Blythebourne’s rural era. Prior to its development, the area was vacant or occupied by Dutch and English farmers with names like Lott, Bergen and Kouwenhoven. There were dirt roads that wended their way between the farms known as Kouwenhoven Lane, Bergen Lane (today’s 47th Street) and Lott Lane. 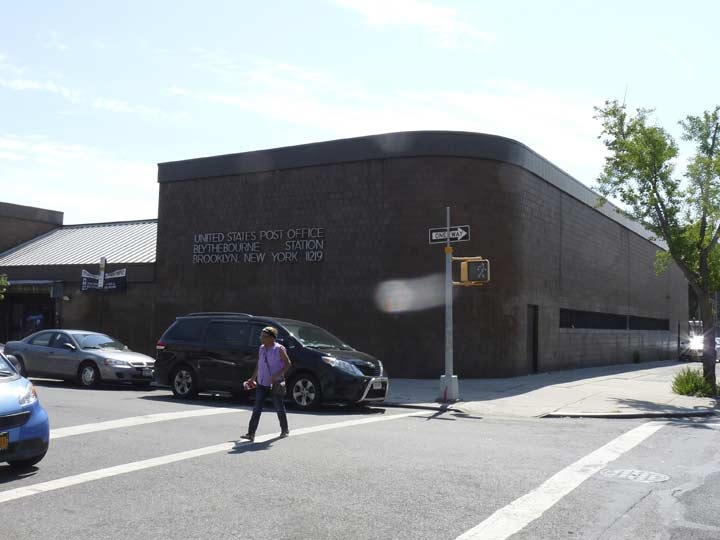 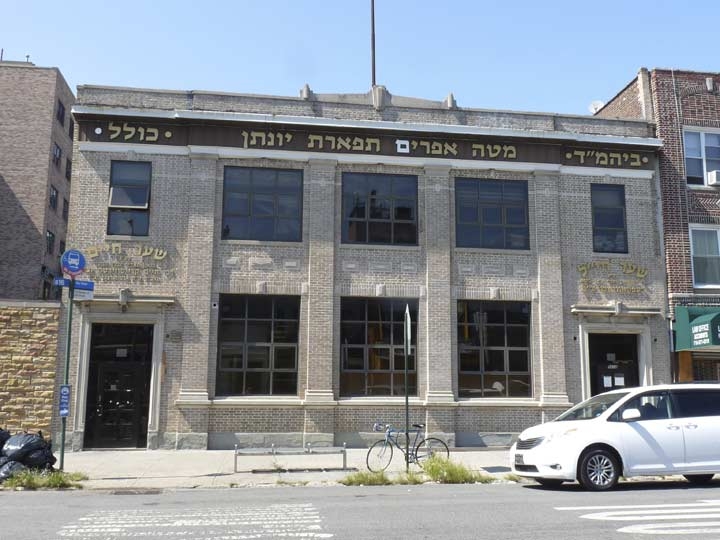 Borough Park has had two post offices since this 1913 building: A block away, the second one is now a Jewish school, while a larger Brutalist building was constructed at 12th Avenue and 51st Street in the Super Seventies. It’s still called the Blythebourne branch. 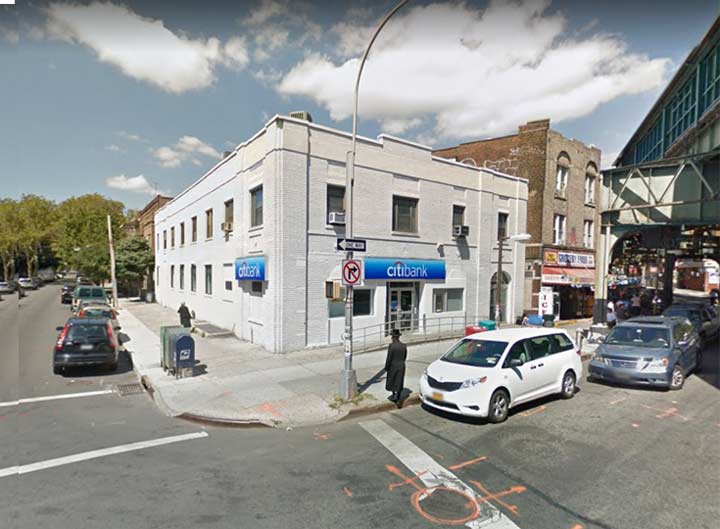 What of the post office in the Eagle 1913 photo? It’s still there, looking much like it did when first built. A few doors away it was joined by the West End El in 1917.

If Bythebourne was renamed Borough Park in 1898, why was the post office built in 1913 called Blythebourne? Also, I would like to know where the “park” is in Borough Park?