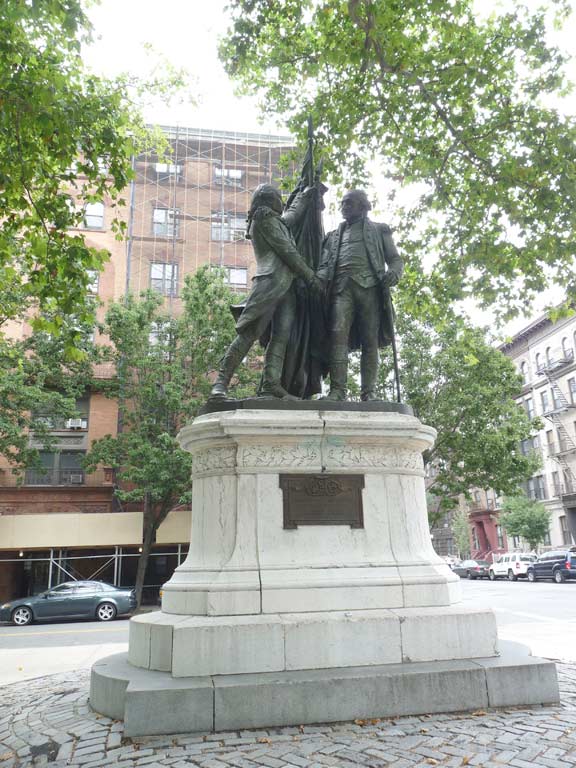 Morningside Avenue is  one of the shortest of Manhattan’s north-south avenues, running just 14 blocks from Manhattan Avenue and West 113th to West 127th and Convent, running along Morningside Park.

If you look at the map, 30-acre Morningside Park can be seen as a northern fingerlike extension of Central Park, extending as it does from Cathedral Parkway (West 110th Street) to West 123rd Street roughly between Manhattan and Morningside Avenues and Morningside Drive. And, it was designed by Central Park architects Frederick Olmsted and Calvert Vaux, opening in 1887; Jacob Wrey Mould, who designed the carvings at Bethesda Terrace in Central Park, finished Olmsted and Vaux’ plan and designed the masonry wall along Morningside Drive. Located along a steep cliff, the park takes its name from the morning sun that illuminates the cliffs. 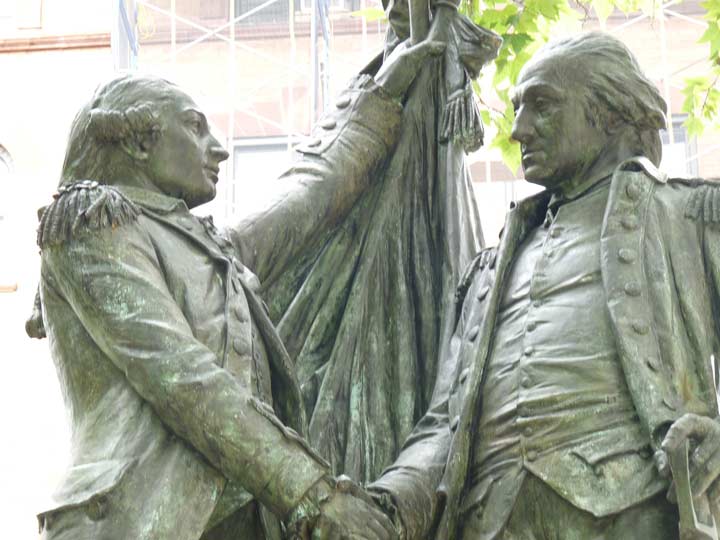 Here we find Frédéric-Auguste Bartholdi’s 1900 statue of George Washington and France’s Gilbert de Motier, the Marquis de Lafayette. The statue is a copy of another one located in Paris; Batholdi, whose most famed work is Liberty Enlightening the World in New York Harbor, had likely executed the work in 1890 in honor of the two generals who had worked closely to secure American independence.

How intrinsic was Lafayette to the success of the American Revolution? Why do so many roads and place names have his name? This article from the Smithsonian may help in that regard.

I used to live at 14 Morningside Av3nue, just one blo k north of this statue.