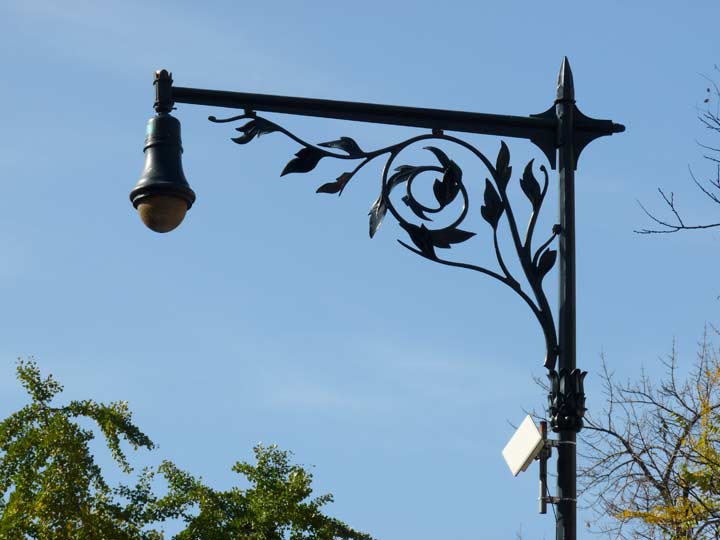 Duke Ellington Circle, 5th Avenue and 110th Street at the northeast end of Central Park, features these last surviving examples of leaf-scrolled “Corvingtons” ( coined the name “Leafies” for them) that once appeared on the entire length of Central Park West and North. After a Thanksgiving Day balloon was blown into one of these posts and toppled, injuring a paradegoer in 1997, these lamps were replaced by retro versions of Twinlamps positioned parallel to Central Park West; and Central Park North received a new design placed under the aid of the organization known as the Cityscape Institute, a group devoted to beautifying New York’s sidewalks and street furniture, approximately 10 years ago.

However, a set of eight Leafies has been left in place surrounding the circle, and each bears a mini-me sidewalk lamp mounted on their shafts; in one case, the leaf decorations have broken off, but the others are intact.