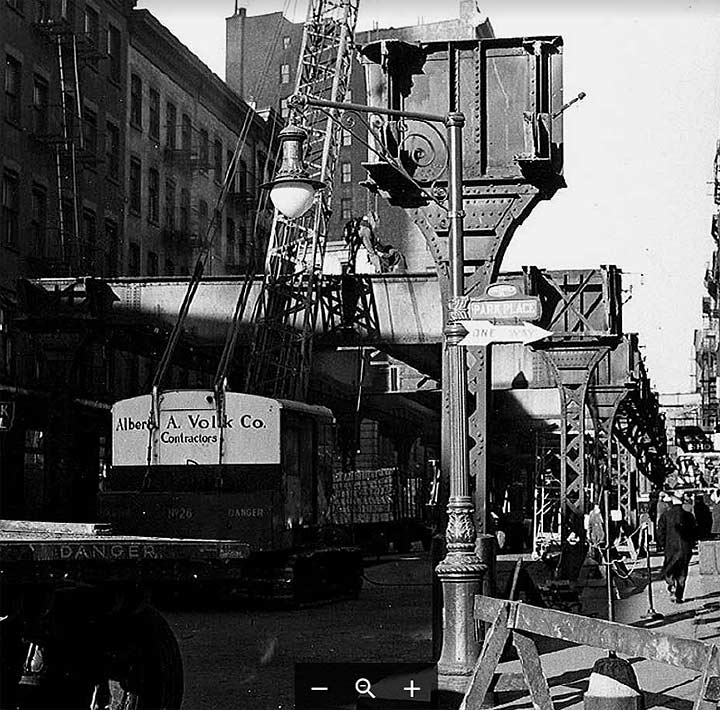 Continuing with my Vanished Elevated Lamps and the Lampposts That Lurked Under Them series I began with a post showing the 2nd-3rd Avenue El at Division and Allen Streets, I here present a couple of pictures submitted by Forgotten Fan Bill Mangahas, the fellow who puts together the annual Newkirk Images Subways Calendar, one of which is on my kitchen wall right now. Today’s photos concern the 9th Avenue El, the grandfather of all the Manhattan els, which began as a one-track affair in 1868 running first up Greenwich Street in Tribeca and Greenwich Streets and was then extended up 9th Avenue, bridging the Harlem River, then traveling under a short tunnel and hooking up with the White Plains Road El in the Bronx; part of it still runs today over Jerome Avenue in the Bronx. The Manhattan portion closed in 1940, and it’s that year depicted here.

A walk through the abandoned 9th Avenue El tunnel

Above we see demolition at Greenwich Street and Park Place looking north. We also see an ornate Type 6 special mast lamppost, but it’s a hybrid, using a Bishop Crook or Corvington base and shaft up to the street signs. Then as now, the Department of Traffic, now Transportation, sometimes created “hybrid” poles from whatever was in the storage yards. 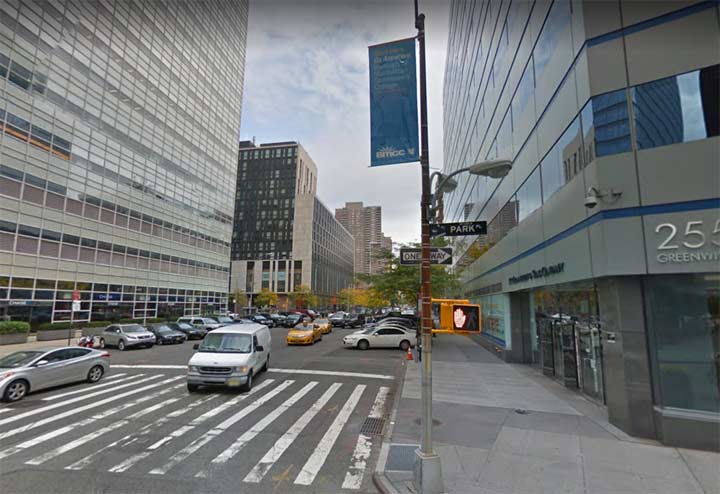 The same location in a street View from 2014; virtually the same in 2017. Not a single building in the 1940 picture is standing today. When the first World Trade Center went up between 1970 and 1974, complete demolition of the blocks surrounding it occurred in the late 1960s, wiping out entire neighborhoods such as a Syrian immigrant community (which moved to Cobble Hill in Brooklyn) and a complete block of stores selling radios and radio supplies. The office buildings seen here today went up in the 1970s and 1980s, and present a very bland streetscape compared to 1940. 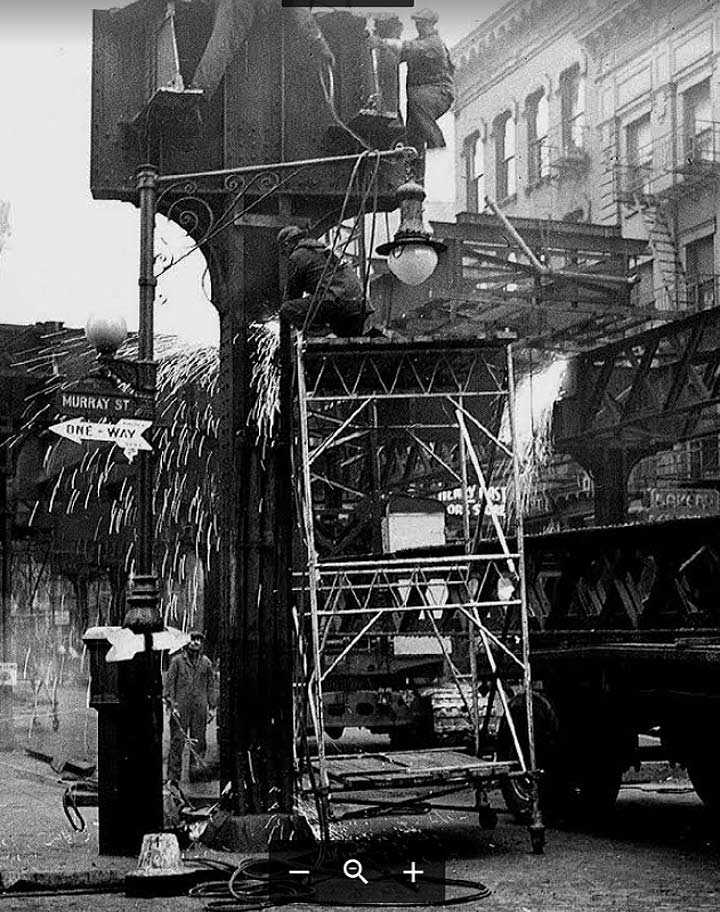 Here’s a great picture at Greenwich Street and Murray Street looking south in 1940. We see the sparks given off by the workers’ blowtorch as it cuts through the doomed el pillar. In 1940, the 8th Avenue IRT line was just about finished and would largely replace the elevated.

Here, too, is a Type 6, this time with the correct base, with a fire alarm indicator. Note the white, arrow-shaped one-way sign. These were standard issue until the 1950s when a new arrow-shaped sign was designed, the arrow-in-a-rectangle signs seen today arrived in the 1960s. 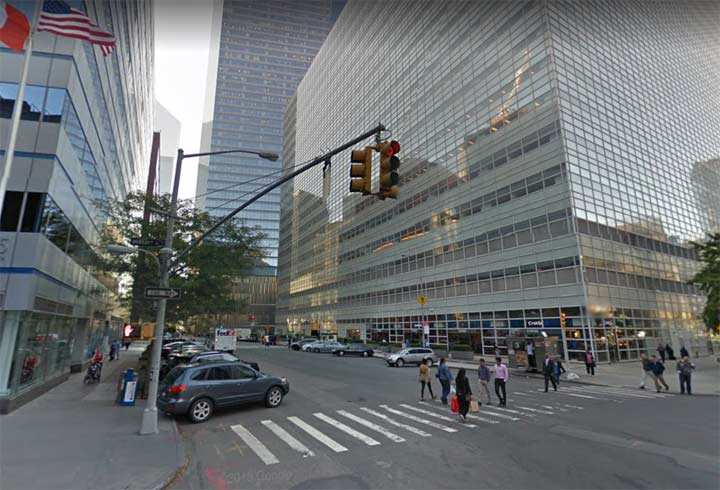 Today, we have the bland Corbusian ideal preferred by city planners of the 1970s and 1980s. All business, with little to catch the eye or present anything interesting to grab notice.

Today, you need to walk along Greenwich as far north as Reade Street to find any buildings constructed before 1974.

For a long time there was a ugly rumor that the 9th Av El was sold to the Govt of Japan before Dec 7th,any truth in that??????????

That rumor is almost as old as John Dillinger’s penis being in the Smithsonian.
Congress cut off steel sales(both new and scrap steel) to the Japes back in the 30s in response to their little atrocities in Manchuria.

Nor was any steel from the Sixth Ave El sold to Japan (popular myth). The el was built of iron, not steel — and iron cannot be used to make bullets.