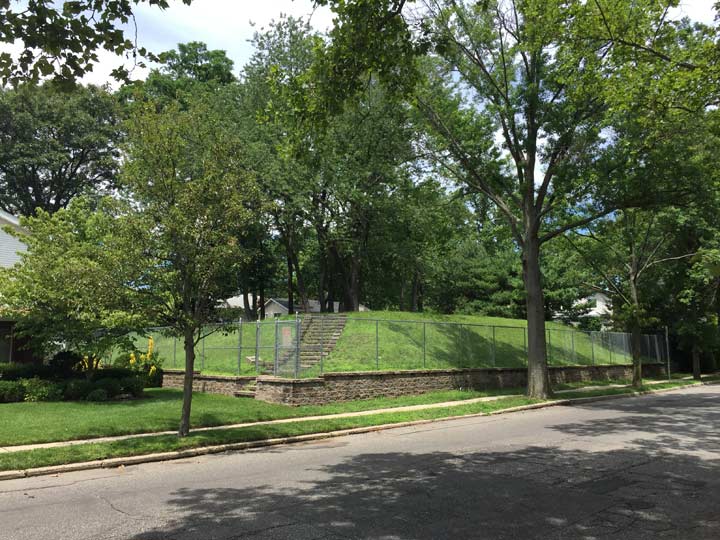 I worked in Port Washington, NY for 12 years at Publishers Clearing House, which this week moved out to Jericho in mid-Island. I still have an optometrist in town and, to my surprise, I was told there was a 2-hour wait for my order the other day, so I decided to hike around town, just like I did on my lunch hours. 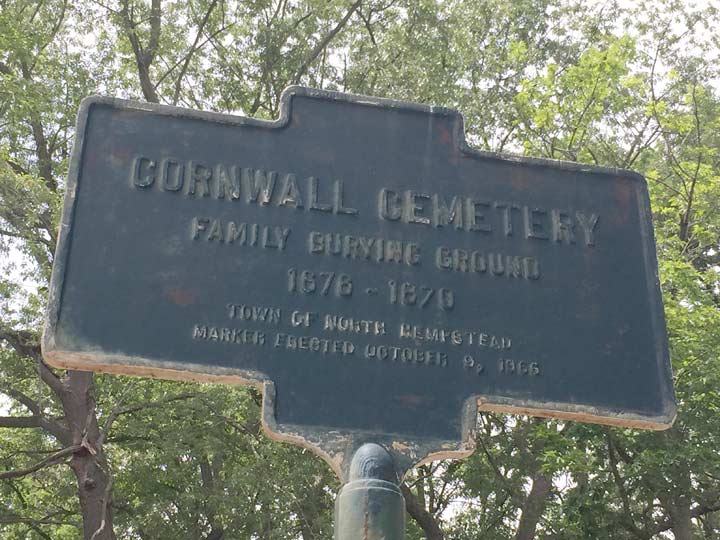 I had forgotten about the Cornwall Cemetery, which is well-maintained by the town of Port Washington North. It’s in the northern edge of the Soundview housing development and its accompanying mall. It was established in the 1670s by John Cornwall and his family, emigrés from England who had received a grant from the English Administrator for North America John Andros, and purchased more property in Cow Neck from the native Matinecock Indians. Though Cornwall sold his land to merchant seaman Captain John Sands (for whom Sands Point is named) in 1695, the family continued to inter members here until 1870. Today only 8 complete and partial headstones have survived. 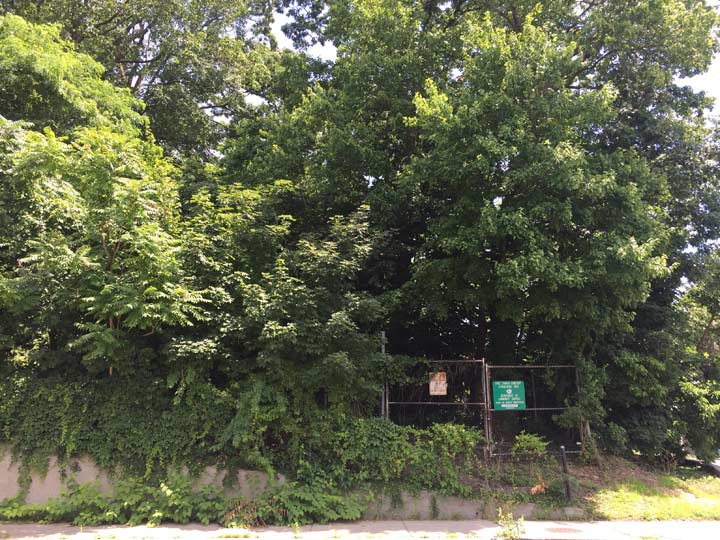 On my walks I also encountered the Free Church Cemetery on Harbor Road just east of Port Washington’s Mill Pond. The Free Church burned down in the 1920s, and the town has maintained the cemetery only minimally over they years and it is somewhat overgrown with weeds. I’ve never glimpsed the interior. Many families have moved remains to Nassau Knolls Cemetery just south of downtown PW.

SUBWAY ADS from the Parade of Trains

My Dad’s house on 5th Ave, just east of New St. in Port Washington, bordered on the Mitchell Family graveyard. I was able to find out online that their slave was buried with them there.

I remember that cemetery. There were some very old stones. The headstones were a dark red. I lived on Bayview Ave until 1973.

Kevin … next time you find yourself in a cemetery in that area ( upright anyway ) visit the north east corner of route 25A and Plandome Road which is the permanent home of many prominent New Yorkers including the Tredwells (of Seabury Tredwell Merchant House fame) and the Whitneys (of modern art and Mets fame). Also a delight for us enthusiasts is the Roslyn Cemetery just a short distance east still on 25A. Bring a picnic..

Very nicely written. Thanks for enlightening us with the history as well. Will await for more write ups from you.

Kevin, having spent so many years in Port Washington, I wonder if you are familiar with my old school Sands Point Academy which was further up Port Washington Boulevard in Elm Court. It occupied the old Luchenbach estate whose main building was right out of The Great Gatsby.

Nice story.
It’s always good to know.
About a place like this.
I had worked and still working in pw. For the past 22 years.
I have some dear friends and clients RIP here.
I had not know this story
I appreciate it.
Thanks