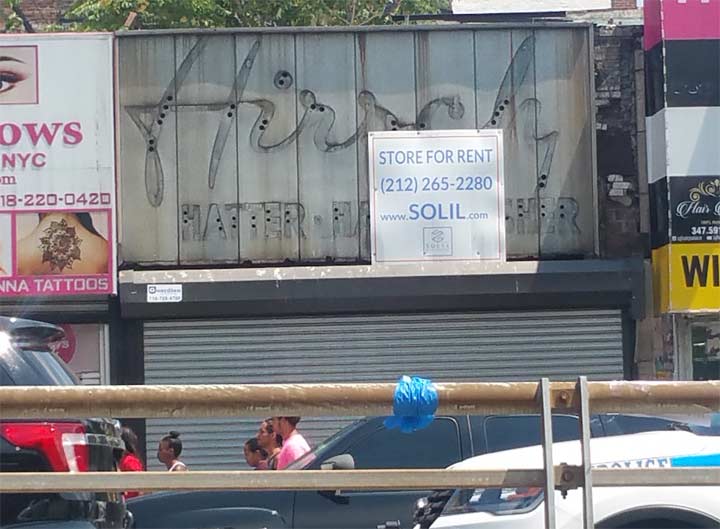 On my way, going southbound on the Grand Concourse, I got caught by a red light at E. 188th Street.  While waiting for it turn  green, I just happened to look to the left (east), I saw this sign with archaic  occupational names.
To many of a certain youthful age, “hatter” is almost self explanatory. To be precise, it was a place where hats were often made and sold.  But the other word, that’s partially  covered is “haberdasher”.  It was a term used years ago to refer to a men’s clothing store.
Let’s thank NYC for that  red light at that location.  If that red  light wasn’t there,  I wouldn’t be able to share it with you FNY fans. 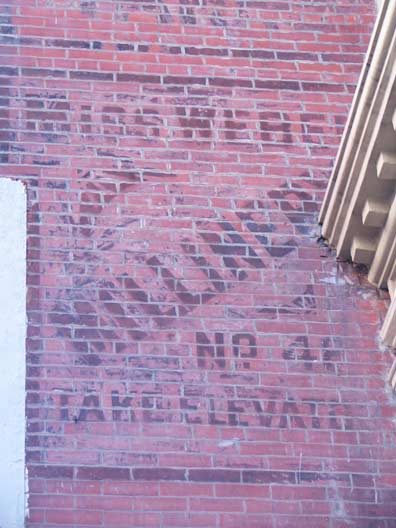 That’s not all! An even older word for “hatter” is “milliner” for “women’s hat designer” and here’s an example on West 22nd Street west of 6th Avenue. Miss Weber’s millinery was in business between 1910 and 1915.

A “milliner” deals specifically in ladies’ hats. “Hatter” is not gender-specific, but generally is used in connection with mens hats.

Thanks for the photo. My father (born 1917) grew up
near the Grand Concourse and gave me one of his ties
from Hirsch Haberdasher- it has the same logo as your
photo.

Julius Hirsch (Hirsch the Hatter) was my grandfather.

That was my Grandfather’s store. I unfortunately never got to meet him, but I grew up loving hats and had a colle-ction of them. I guess it runs in the family. Thanks for bring a piece of history to me and others!

HI Gary, Just noticed this article and was pleased to have the opportunity to see one of my fathers stores, thought it didn’t look quite as good as it did back in the late 1950’s when he owned and operated it.
My Dad Julius Hirsch opened this store in the late 1940’s as Hirsch the Hatter. Unfortunately the men coming out of service were totally sick of wearing hats and fashions were changing as well and business was suffering.
Some time around the time that Kennedy was President he changed the shop and added haberdashery and that was when the sign also changed. I worked in that store from the time I was in my early teens till late college.
Thanks for the memories. Ron Hirsch