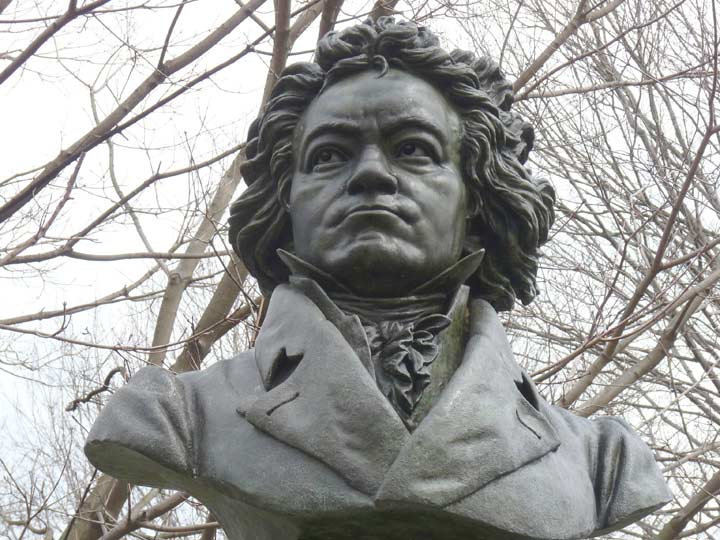 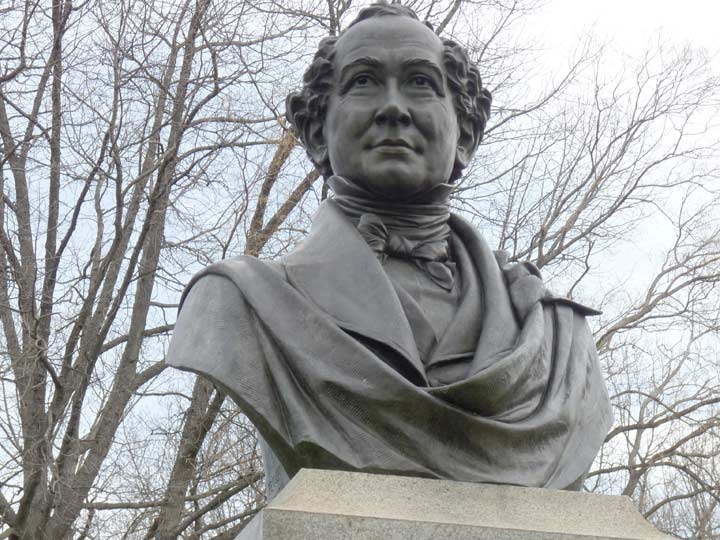 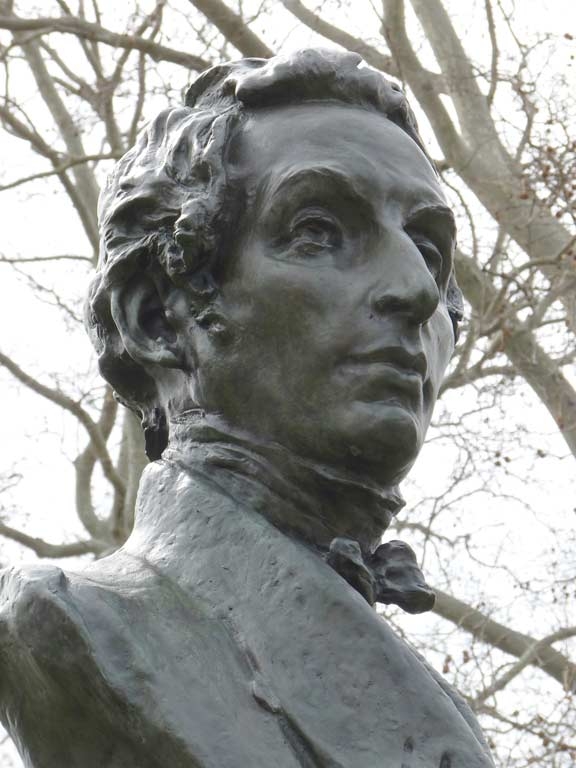 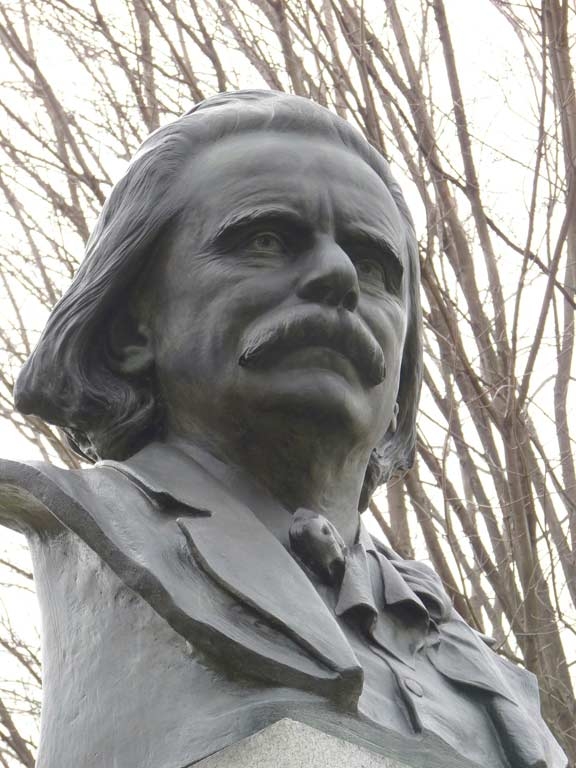 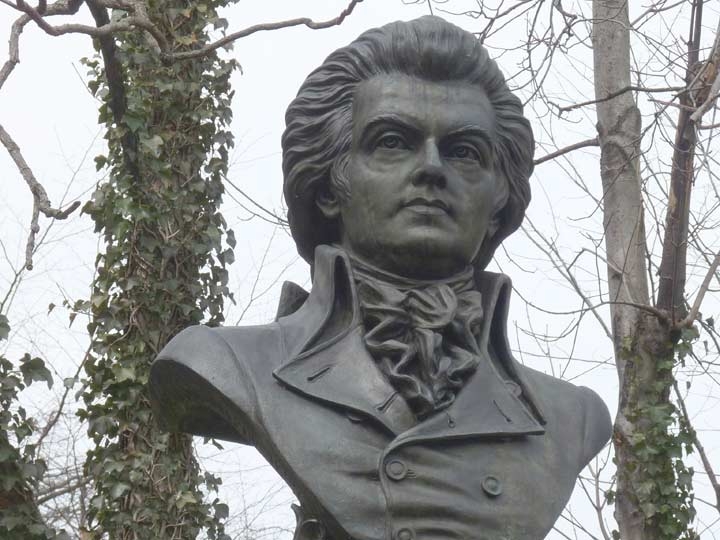 Concert Grove is a formal European-style garden designed to look out over a small island in Prospect Park Lake containing a performance stage where the popular bands of the day would play. There were large areas for carriages to park on each side of the Grove. It turned out that the acoustics weren’t the best, and concerts moved to the Music Pagoda in the Nethermead, ultimately the Prospect Park Bandshell. The stage area was torn up, the island attached to the mainland by fill, and the Wollman Rink installed in its place. Happily, Concert Grove was reinstalled along with the new Lakeside Skating Rink from 2012-2015.

The formal garden remains, with busts of Beethoven (looking cranky as he usually does in his portraits), Edvard Grieg (Norwegian composer of the Peer Gynt Suites and “Hall of the Mountain King”), Wolfgang Amadeus Mozart, and his cousin by marriage, Carl Maria von Weber, a composer, conductor and pianist, one of the founders of the Romantic style. Crashing the composer party is Irish writer Thomas Moore, who can also be found in Central Park; known more for poetry and prose, he was best known for writing “Minstrel Boy.”

SUBWAY ADS from the Parade of Trains

Many of Thomas Moore’s poems were set to music – – -by very famous composers. Popular in the day of the first use of this area for music:) Love the post!