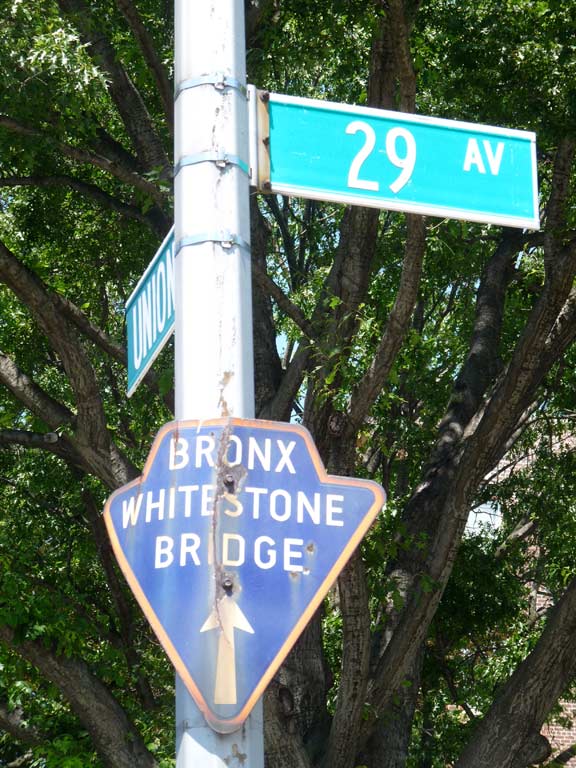 The latest Google Street View reveals that this arrowhead sign (I photographed in 2012) pointing the way to the Bronx-Whitestone Bridge has been duly expunged from the perch it had enjoyed at Union Street and 29th Avenue in Flushing for decades; the originally Department of Traffic, or perhaps the Triboro Bridge and Tunnel Authority (I’m not sure which agency) placed such signs on neighborhood streets that led to major bridges or tunnels.

From here, a motorist would have followed Union Street until it became Willets Point Boulevard, turned  left at Parsons Boulevard, made another left on 20th Avenue, and then a right onto the Whitestone Expressway service road and then the bridge.

The modern-day Department of Transportation does not tolerate nonstandard signage and eliminates examples of it when they are noticed.