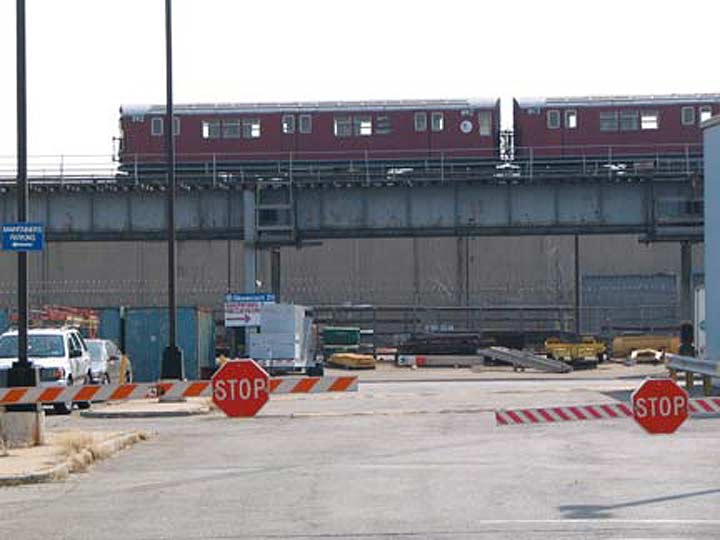 While traveling to the scenic Barretto Point Park in Hunts Point, Bronx, I experienced an unexpected Redbird sighting on Tiffany Street. This beloved subway train model operated between 1959 and 2003.

Since its retirement, most Redbird cars found a second life as underwater reefs off the eastern seaboard, one became an unused tourism kiosk at Queens Borough Hall, one car was added to the Train of Many Colors, another pair is kept at the Illinois Railway Museum, and another at Shoreline Trolley Museum, while others were repurposed as work trains. 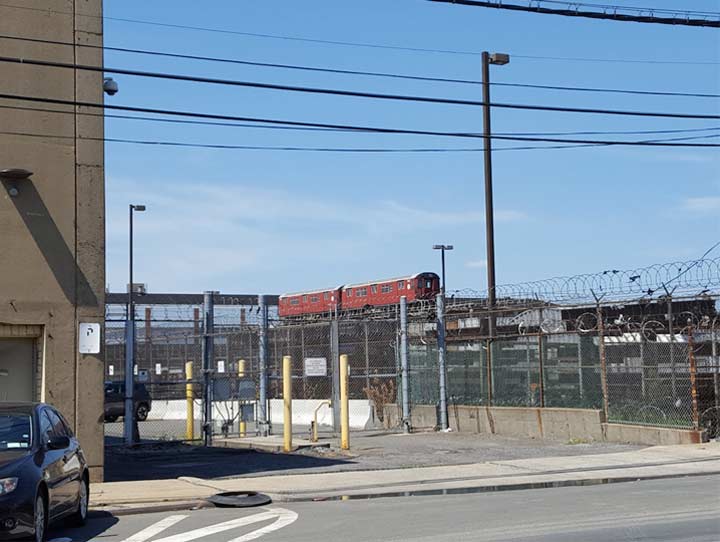 These two cars stand above the MTA Infrastructure Division yard at Oak Point Avenue and Tiffany Street. They were placed here after their retirement and haven’t moved an inch since then. I was not able to see what train line they served but the destination sign on the front appropriately notes “Not in Service.” My guess is that these two cars and their short “trestle to nowhere” are here for training purposes.

What exactly lead to its retirement in 2003 that made the MTA stop using them?

When I lived in Queens those Redbird trains was used as the #7 line to Flushing.
During the Worlds Fair it took you right to the entrance.

The Redbirds were aging, and the MTA needed new replacements. They recruited trains like the R62 and The R142A to serve the IRT division. They had much more tech in them, such as actual air conditioning and not fans.
If I am correct, the R-21’s to the R-33 Redbirds were the longest type of train operating on the IRT divisions. Though I am pretty sure that some of the 4 door ones served on the B division and BMT lines. By 2003 they were 44 years old. That’s pretty old for a subway car. So considering that the Redbirds, despite their beautiful look, had out of date technology, the MTA retired them and recruited new fleets.

Hope you found this helpful!