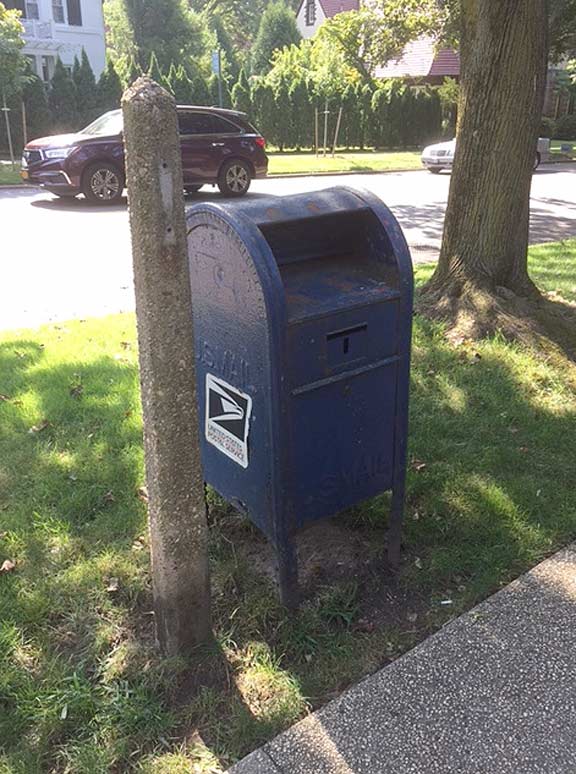 I got nothin’ today…or I wouldn’t except for this photo submitted by Forest Hiller Vicki Metzger (who is standing right next to one on this FNY page), showing an ordinary big-belly mailbox and… a concrete post next to it. That post is an indicator that a different kind of mailbox used to be here, a much smaller one with a slot that was only good for enveloped mail. 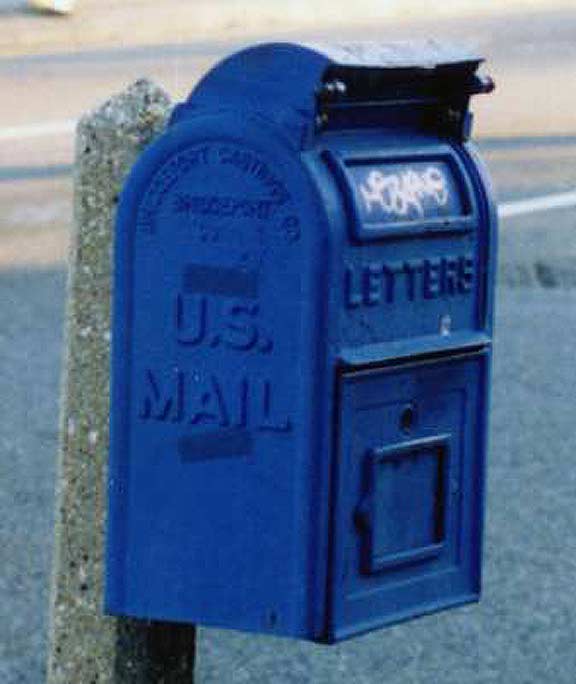 At the Dawn of Forgotten NY in 1998 I went around the city accumulating photos for the official launch, which happened March 26, 1999. And in those days, when most bills were paid in envelopes with stamps and there were only about 13 TV channels, there were still a handful of these slot mailboxes around town. Most had the manufacturer listed right on the box, in this case, the Bridgeport Castiron Company. Some of these now sell on eBay for hundreds. I found the one here on Union Turnpike and 268th in Floral Park.

On my page on ancient mailboxes linked above, in 1998-1999 I found most of the remaining slotted mailboxes mounted on telephone poles, as they were in Riverdale, Bronx or Richmond Valley, Staten Island. In more urban areas, concrete posts, some with a pebbly surface, some not, were employed. Some have the date of installation marked on them though not, it appears, this one.

In any case, all the slot mailboxes have gone the way of the dodo, or much of my copy editing career.

In USPS terminology, a “Mail Box” is located on a postal patron’s premises. The public deposits mail in a “Collection Box.”

I have known about this one for some time. I just forgot to mention it.

I grew up in Flatbush and I remember when they first installed a slot collection box on that post just after WW 2….After a few years, it graduated to the larger regular box….