ForgottenTour #109 on August 20, 2016 was the best-attended tour of the season, with nearly 30 people, in Steinway Village in North Astoria. Though the day began with sun it soon devolved into off and on non-forecast rain, which dampened no one’s enthusiasm.

We were in a small company town that was instituted by William Steinway, son of German immigrant Henry, who had moved his operations to Astoria on the shores of the East River, where lumber could easily be brought to the factory via the East River. William Steinway constructed a street grid layout and built the factory that still stands, workers’ housing, a Protestant church, and additional factories and workspaces. On today’s tour we saw much of the village, along with now-vanished ancillary businesses, and walked by the Steinway Mansion, which has been hemmed in by warehouse buildings and is in somewhat deteriorating condition after its recent sale. 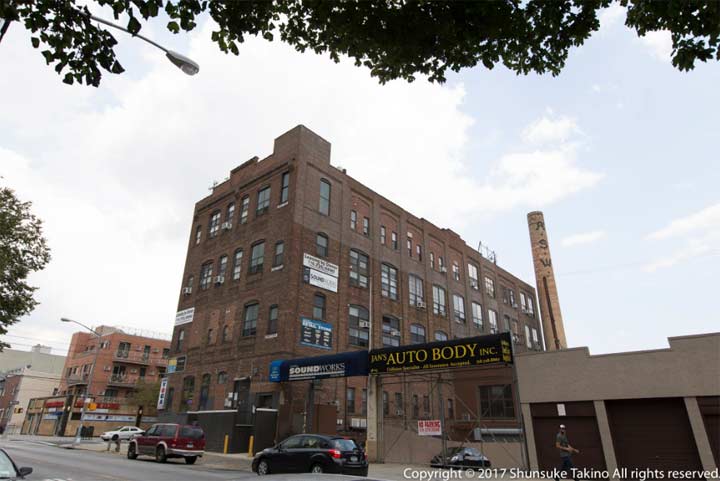 Astoria Silk Works, Steinway Street at 23rd Avenue. Swiss immigrants the Mattman Brothers constructed a silk works comprising several acres to manufacture cloth in 1888. Jacob Ruppert, the beer baron and Yankees owner, was once the company’s chairman. The company purchased several acres upstate near West Point in the 1920s, and the Astoria silk works closed down in the 1950s, leaving just this brick building and a smokestack. 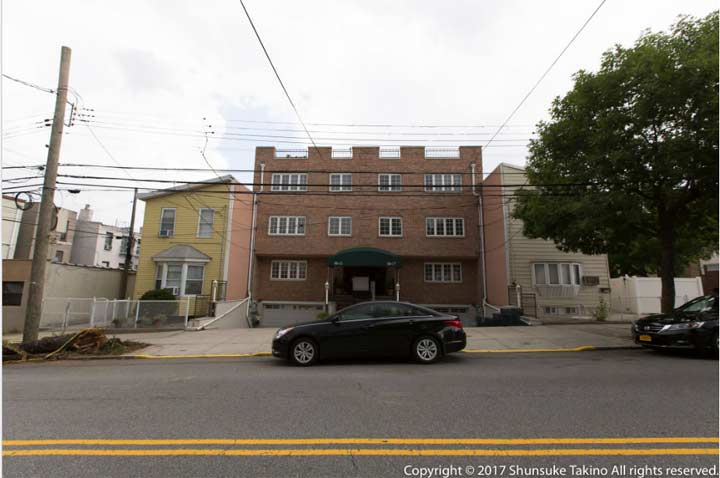 Note the two end buildings here with slanted roofs on 21st Avenue east of Steinway Street. They were once complete buildings, but each was cut in half when the new brick building in the center was constructed! 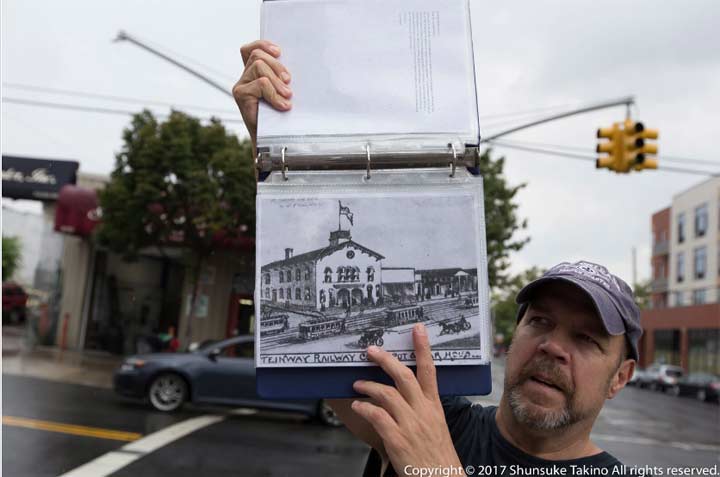 Greater Astoria Historical Society board member Rich Melnick holds up a rendering of the railway depot at 20th Avenue and Steinway Street. The Steinways operated a wide-ranging streetcar network in western Queens in the late 19th and early 20th Century, and even constructed a tunnel with the aid of railroad builder William Degnon into Manhattan in the 1880s. It was never used for streetcars but was adapted as the #7 Flushing subway line, opening in 1915.

The title card shows the Steinway factory entrance on 19th Avenue. 98% of today’s recording artists use the brand. The factory moved to Queens in 1870 when a wharf and sawmill were built, with the offices and factories following over the next decade. By the 1950s, Henry Z. Steinway had consolidated complete company operations here. 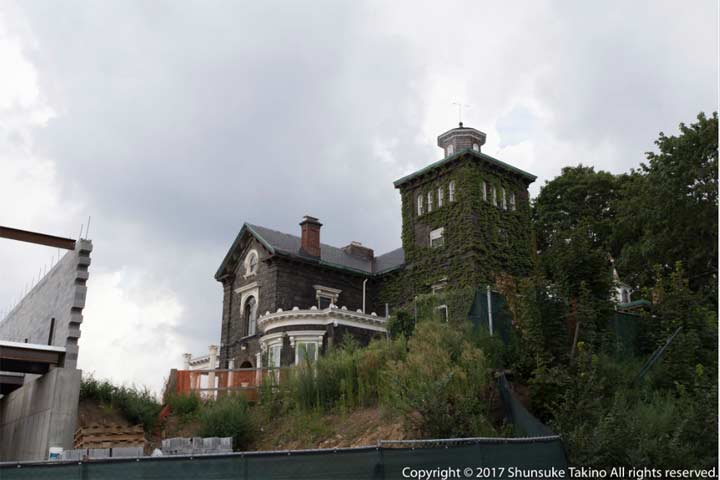 Because of heavy foliage, this is unfortunately now the best angle to see the Steinway Mansion, at Berrian Boulevard at 41st Street. The building was constructed in 1858 by Benjamin Pike, Jr., a manufacturer of optical examination equipment. Pike’s widow sold the building to William Steinway in 1870 when it was still in open country, and the family used it as their summer home until 1920. After that the property was sold to the Halberian family, who duly maintained it for over eight decades. The mansion’s fate is up in the air after a developer purchased it a few years ago and hemmed it in with warehouses. 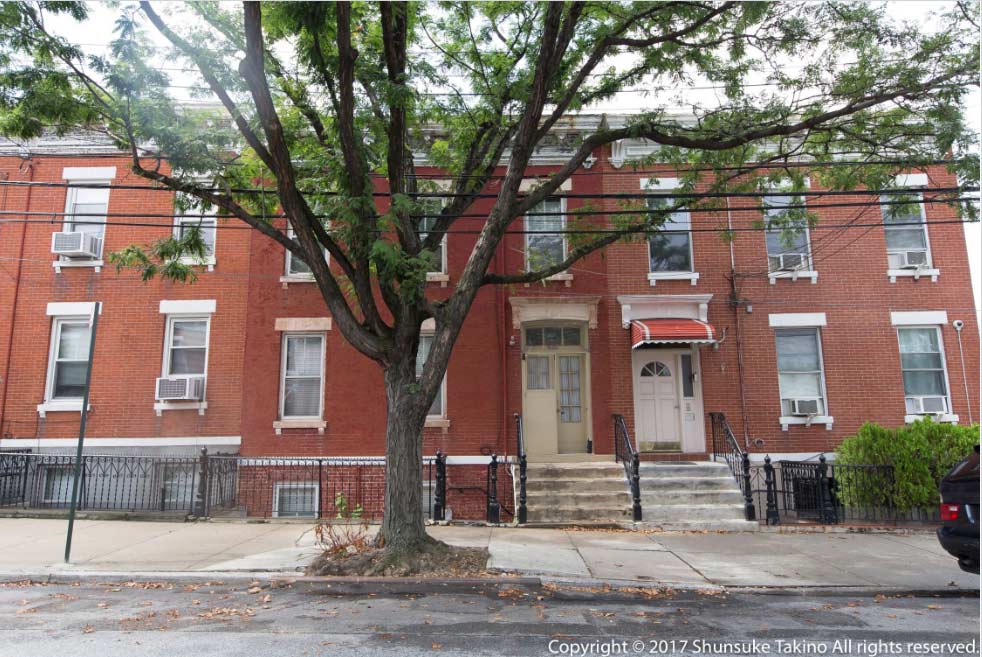 Further south on 41st Street, we find attached brick houses that were home to rank and file Steinway factory workers, who rented rooms from the Steinways. Higher ranked employees and supervisors lived in freestanding houses in surrounding streets, many of which still stand.