For FNY’s 6th Green-Wood Cemetery tour on October 30, 2016, we stuck to the cemetery’s southwest quadrant and visited some sites I haven’t covered until now, as well as visited a few favorites. On this tour, you know they’ll always be there. 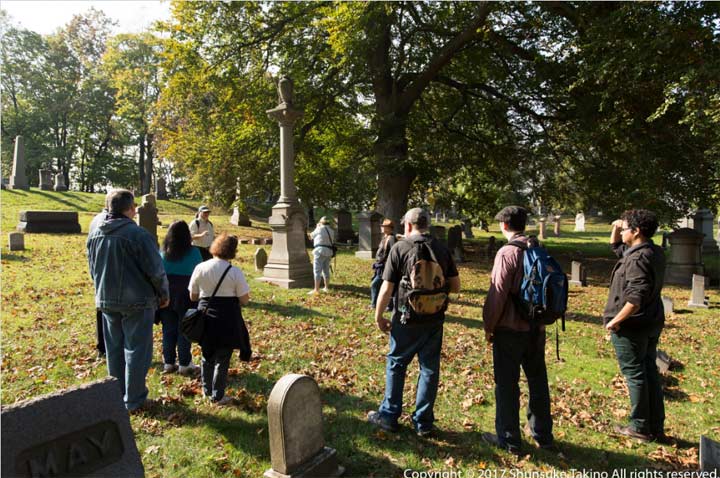 Eberhard Faber (1822-1879), the scion of a Bavarian pencil producing family, arrived in the USA from Germany in 1848, and after his first USA pencil factory burned down in 1861, relocated to Greenpoint in 1872. His son Eberhard II (he had changed his name from John) took over the company, which remained in Greenpoint until 1956, when it decamped to Wilkes-Barre, PA.

Faber claims to be the first pencil company to manufacture pencils with erasers; in Europe pencils still don’t feature erasers, since the theory is that children will be more careful if they can’t erase!

An entire landmarked district in Greenpoint features Faber pencil factories, and the Faber family settled in Staten Island where a street and public pool are named for them. 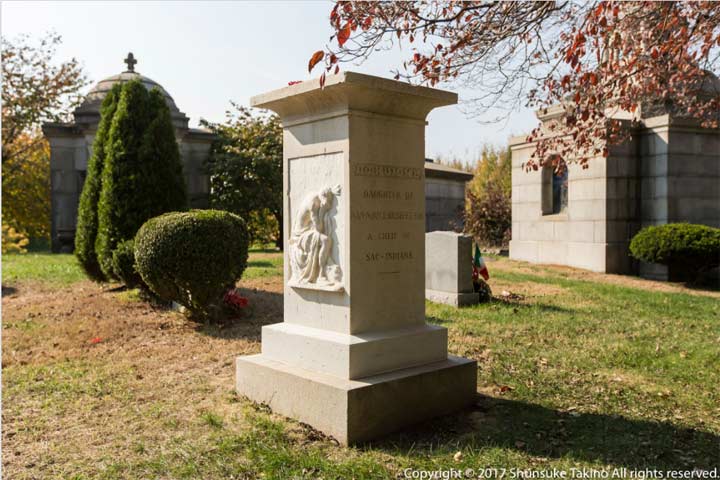 Do-Hum-Me (1825-1843) was the daughter of a chief of the Sac Indian tribe.  In 1843 she arrived in Princeton, NJ with her father, who was involved in treaty negotiations; met Cow-Hick-Kee, a representative of the Iowa tribe, and the two married and briefly became the toast of New York society.

Showman P.T. Barnum hired Do-Hum-Me and other Native Americans to do war and wedding dances at his American Museum at Broadway and Ann Street. But she perished at the tender age of 18 and the fledgling Green-Wood Cemetery, anxious for business, donated a burial plot. She was buried in her wedding dress. In 2005 her monument was restored with the effort of Isaac Feliciano, whose wife Rosa perished in the 9-11 attacks at the World Trade Center. 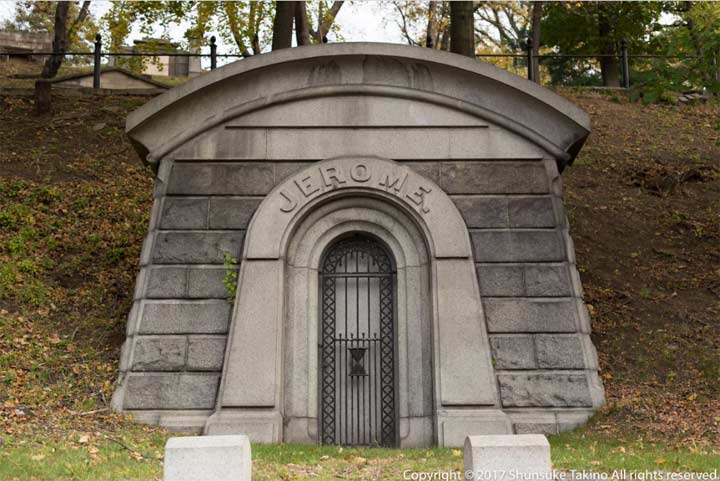 The Huguenot French-American was also a financier, stockholder in the New York Times, and founder of the Bronx Academy of Music. When a main Bronx artery, Central Avenue, was constructed in 1874, Jerome’s wife Kate cast bronze “Jerome Avenue” street signs and had them positioned at intervals along its length. Eventually the City officially adopted the name. Among his four daughters was Jennie Jerome, who became the mother of British statesman Winston Churchill.

Jerome built the race track with August Belmont Sr. in the 1870s, and it was home to the Belmont Stakes until 1890. The village of Bedford Park, named for a British suburb, developed just east of the race course. After the race track closed, its land was redeveloped as a reservoir serving the New Croton Aqueduct. The 94-acre reservoir can hold over 770 million gallons of water. 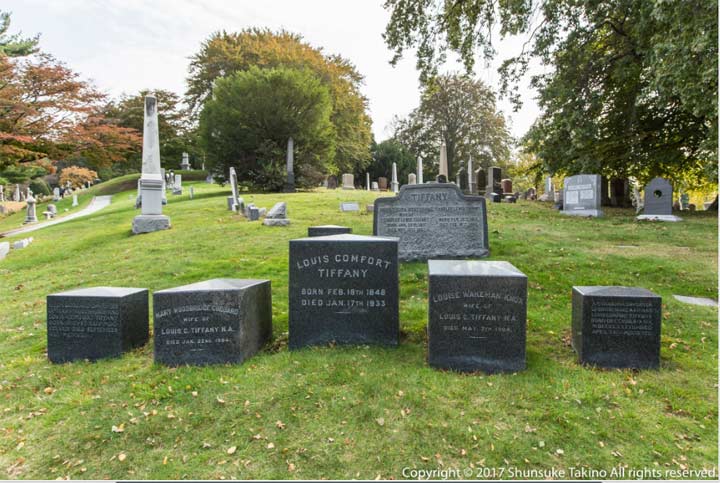 Tiffany & Company was founded by Charles Lewis Tiffany and Teddy Young in New York City in 1837 as a “stationery and fancy goods emporium,” the store initially sold a wide variety of stationery items, and operated as Tiffany, Young and Ellis in lower Manhattan. The name was shortened to Tiffany & Co. in 1853 when Charles Tiffany took control, and the firm’s emphasis on jewelry was established. Tiffany & Co. has since opened stores in major cities all over the world.

Louis (who pronounced it in the French manner, ‘Louie’ was a skilled painter, interior designer, and creator of mosaics and jewelry, but is expertise was especially in stained glass. Beginning in the 1870s he rejected the old practice of creating stained glass by painting clear glass with enamels and then firing it. His glass was colored through and some pieces were folded, rippled or threaded with contrasting glass, so it seemed that twigs, sunsets and draperies were in the glass itself. 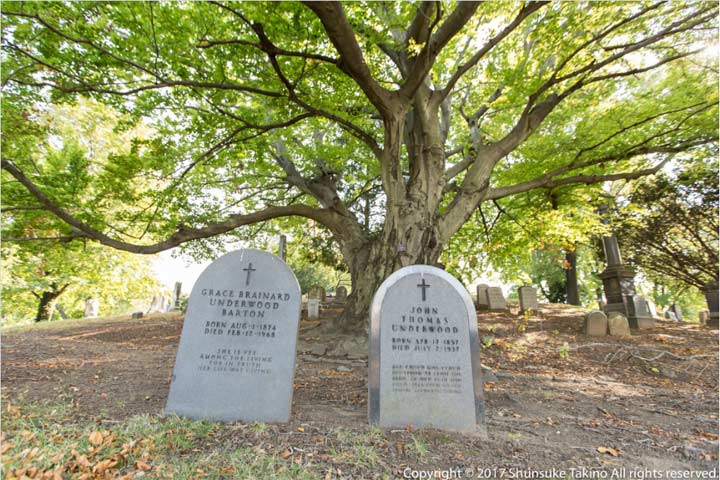 John Underwood (1857-1937) was a typewriter manufacturer who built the largest typewriter factory in the world in Brooklyn beginning in 1896, employing 7500 workers and manufacturing 700 machines daily. He built typewriters for every language including Chinese, Japanese and Hebrew. His main innovation was the ‘visible’ typewriter, which, unlike previous models, enabled the typist to see what was being typed as it was done.

John Underwood commissioned a mansion that stood on Lafayette Avenue, between Washington and Waverly Avenues. A city park now occupies the site. Its called, wait for it . . .Underwood Park.

My grandmother is buried in Greenwood Cemetery.