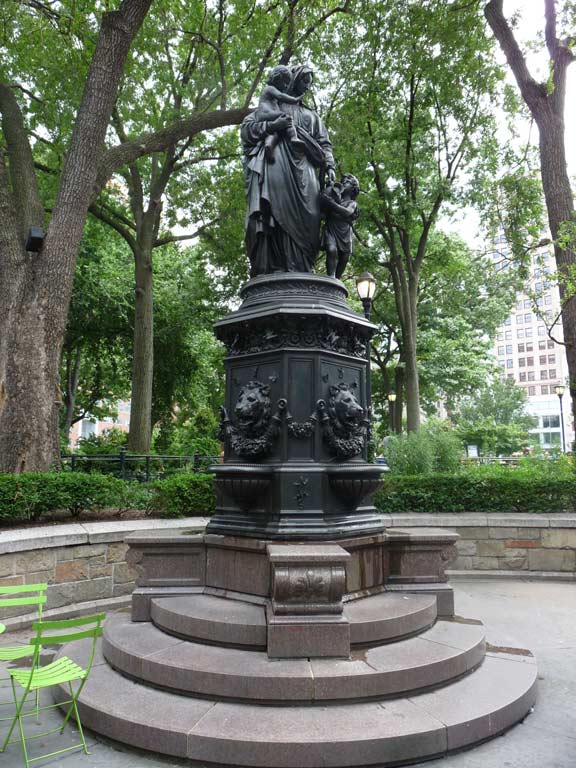 One of Union Square’s statues and memorials that might het overlooked because it is somewhat secreted behind the Farmers Market (when the vendors are there) on Union Square West between West 15th and 16th is the drinking fountain/statue cluster that was originally a drinking fountain. It was donated by philanthropist Daniel Willis James and Theodore Roosevelt Senior and crafted from 1877-1881 by German sculptor Karl Adolph Donndorf. It was one of a number of active drinking fountains that appeared in NYC around this time to celebrate the Croton Reservoir, which provided fresh water from upstate. 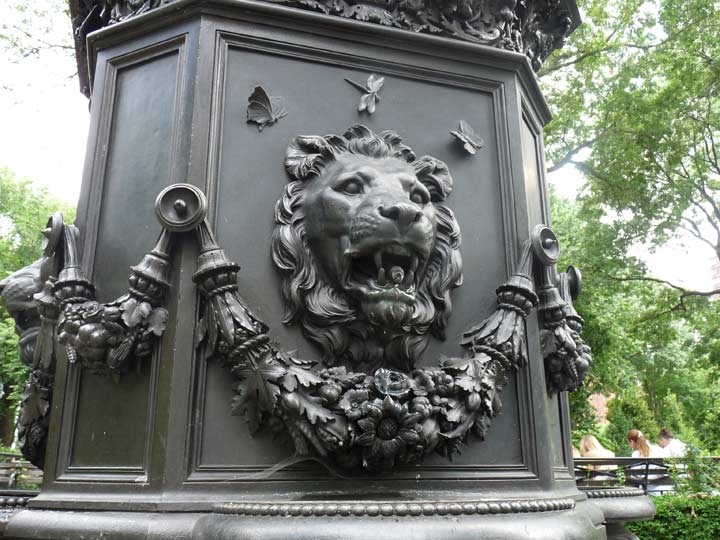 The statue was modeled on the sculptor’s family and consists of a female figure holding two children and a water pitcher. Lion heads accompanied by dragonflies and butterflies once dispensed water into bowls. At one time, metal cups were chained to the statue that let passersby drink, but they were removed long ago, probably for sanitary considerations. 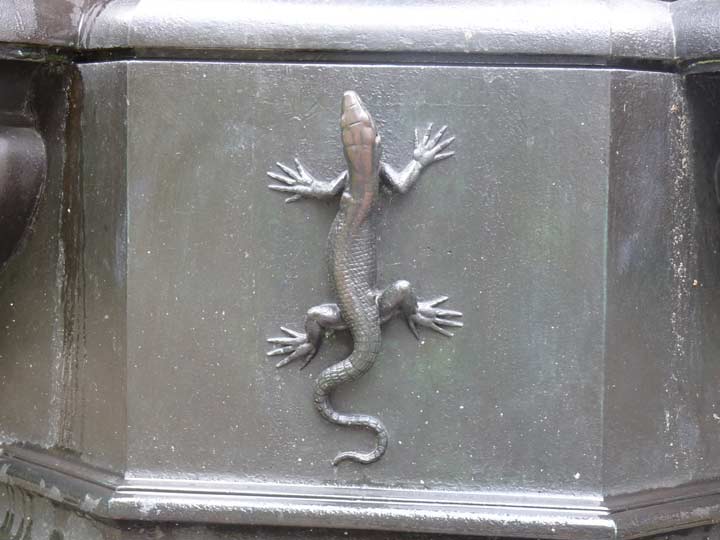 Sculptor Donndorf showed his playful side by depicting flying insects and a lizard or salamander running up the statue. The statue was rebronzed and restored to nearly pristine condition as part of park renovations in 2002.

Perhaps, you meant to say 15th Street where you mentioned 25th Street because Union Square is between 14th and 17th Streets and doesn’t even go into the 20’s.

I know that. That’s an obvious typo.