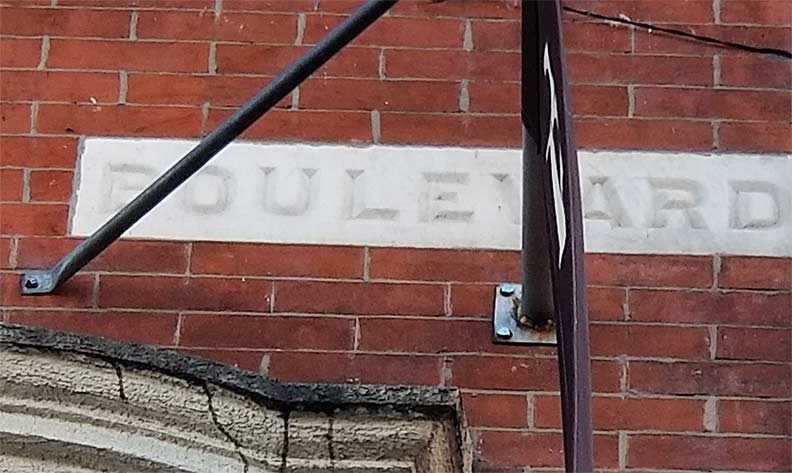 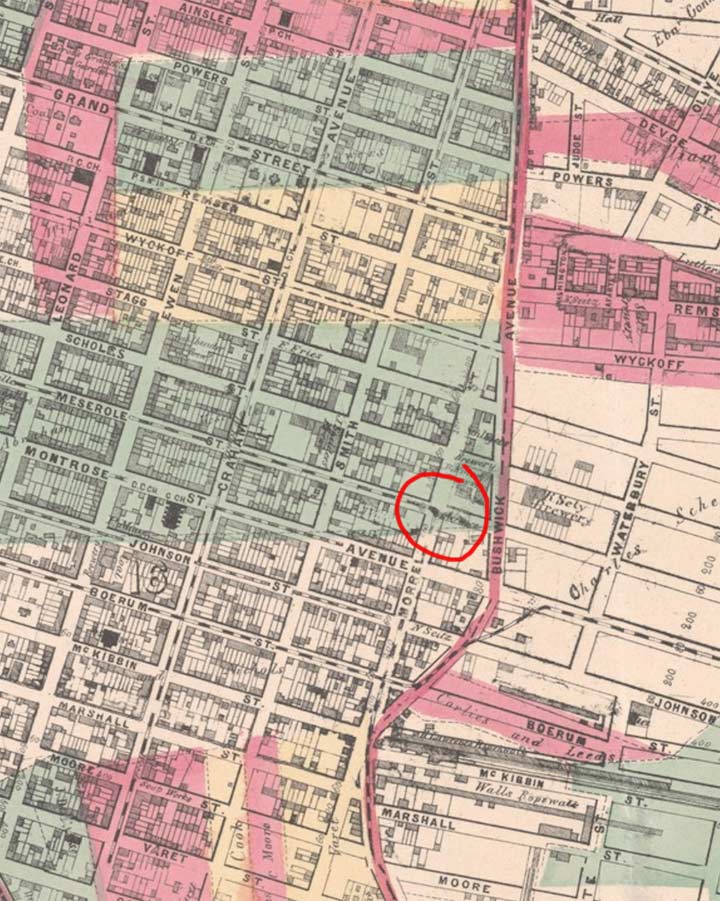 For much of its route, Bushwick Avenue follows the route of a very old colonial-era road, the Old Bushwick Road, between Metropolitan Avenue and about Menahan Street; its route then transferred to Evergreen Avenue to about Putnam, and then ran along a now-vanished route through today’s evergreens cemetery until ending at the Brooklyn and Jamaica Turnpike, today’s Jamaica Avenue. It’s referred to in Kings County documents as early as 1640 and existed for a couple of centuries. As a street grid took shape, most of it was closed, or incorporated into the grid, between 1868 and 1890. 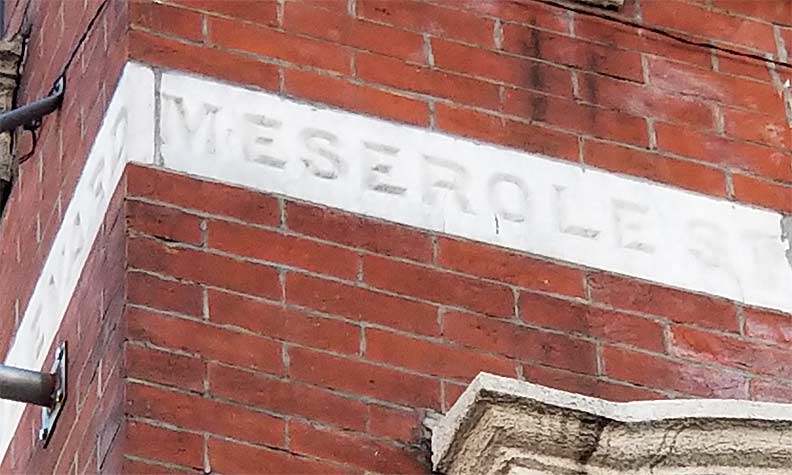 So, where does that leave us with the chiseled signs saying “Boulevard” and not “Morrell Street”? It’s possible that Morrell Street was called Boulevard when first laid out, but I suspect these buildings were built after 1868, and Morrell Street was already laid out — but at this time, the road was colloquially called “Boulevard.” A similar situation existed on Broadway in the 1800s — it was known as The Boulevard north of Columbus Circle until about 1890, when it was officially renamed Broadway.

An unsatisfying conclusion, but that’s all I got for now.

Its amazing that these signs survived all these year as all of these old buildings are being torn down now.