When it comes to African American history on the city’s map, the 2013 designation of South Road in Jamaica as Tuskegee Airmen Way was quite a gesture. This was not an honorific co-naming but a full-blown renaming of a street, an act unseen in this neighborhood since New York Boulevard was renamed for Assemblyman Guy R. Brewer in 1982. But less known to local residents is that nearby there is a traffic median named for a pair of local African American veterans that dates back nearly a century. 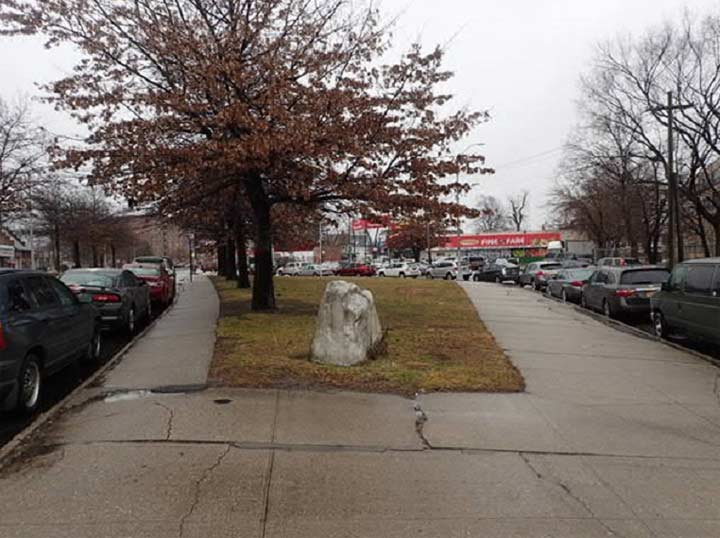 A bend in Merrick Boulevard between 108th Avenue and 108th Drive was widened in 1924 with the former bend designated as a park. The old bend in Merrick Boulevard then became 169th Place. In 1932, this semicircular traffic island was named after two local residents who were killed in the First World War. John Proctor and James Hopson were members of the 369th Infantry of the National Guard, known informally as the Harlem Hellfighters. Among the first in the unit from Queens to die in this war were Proctor and Hopson. Also in their memory, the local Veterans of Foreign Wars chapter is named the Procter-Hopson Post No. 1896.

At the park’s dedication ceremony on October 23, 1932, a parade of veterans proceeded along Merrick Boulevard from King Park, greeted by local community leaders and more than 1,500 residents. At the ceremony, an Episcopal priest, Catholic priest, and Reform rabbi gave blessings, a rare interfaith gesture at a time when the revived Klan was at its height and Jim Crow laws were in effect. A plaque was affixed to the boulder in the park honoring the namesakes. The boulder is still there but the plaque disappeared a long time ago. Proctor-Hopson Circle is the first place on the map of Queens named after an African-American individual. 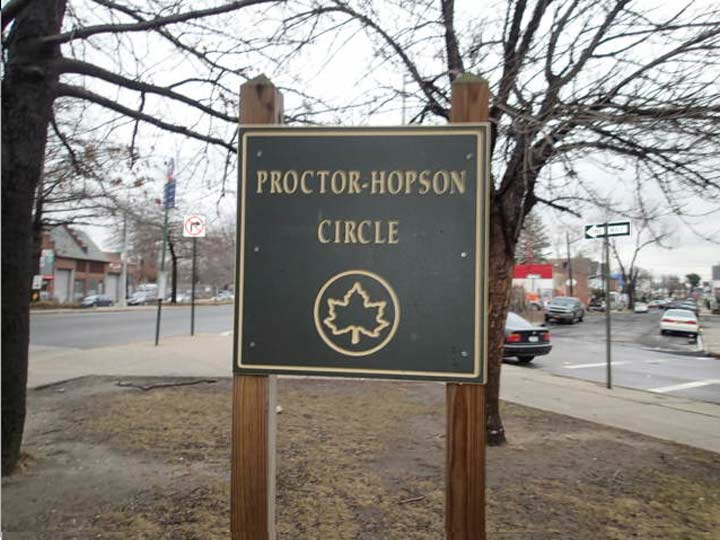 Sadly there are no monuments or historical signs in this .13-acre park to explain its namesakes. A lone flagpole is all that there is to see in this humble park. It is one of many parks across the city relating to World War One. 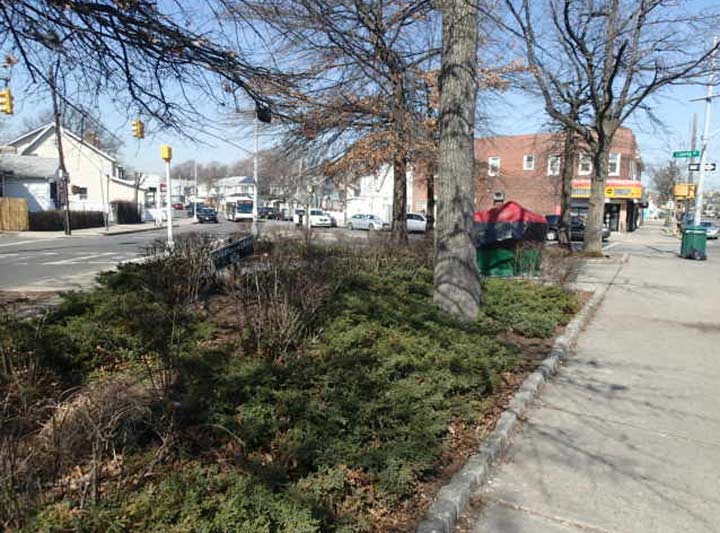 At the junction of Farmers Boulevard and the eastern end of Liberty Avenue at Hillburn Avenue is the .168-acre Liberty Triangle. The boulder in the center of this park is painted with the stripes of the Pan-African Flag. Used to represent African Americans, it was adopted in 1920 by the Universal Negro Improvement Association and African Communities League. Led by Marcus Garvey, the group advocated for civil rights, group identity, and fostering of ties between African Americans in the U.S., Caribbean blacks, and Africans fighting against colonialism. 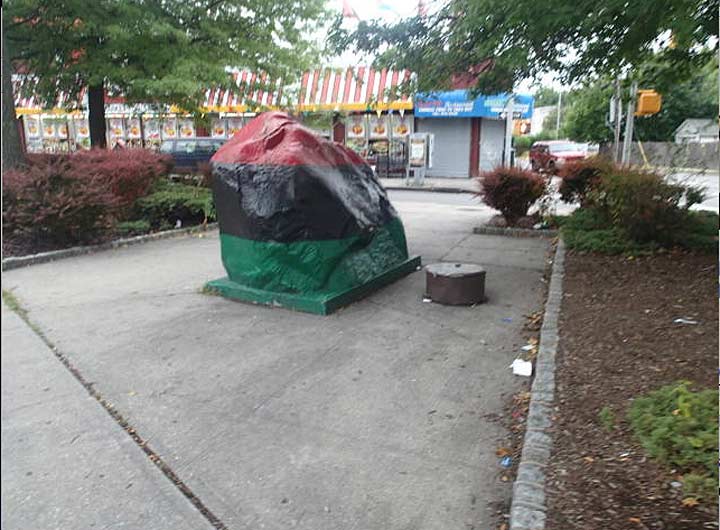 The mystery with this boulder is that it clearly had a plaque affixed to it at one time, but what that plaque was honoring has been lost to history. I reached out a couple of years ago to State Senator Leroy Comrie’s office and Community Board 12 in hope that their knowledge of the neighborhood would yield an answer. They were as stumped as I am. 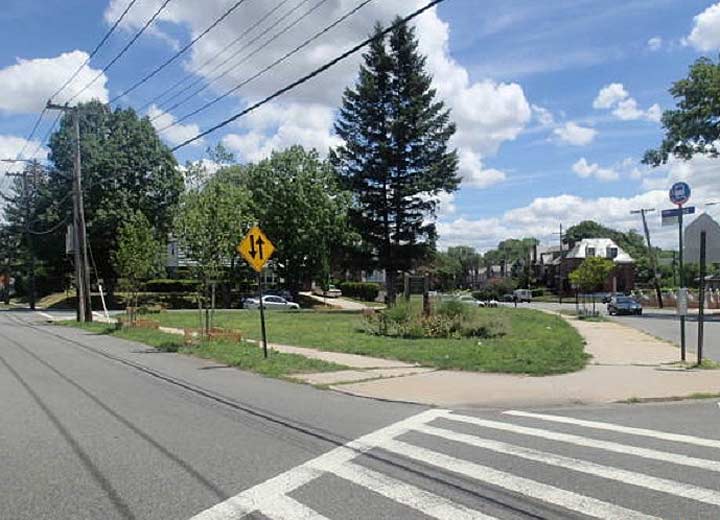 The third street triangle in this area with a connection to black history is Gladys Warren Triangle in Hollis. Bound by 104th Avenue, 194th Street and the grid-defying Hollis Avenue, it is an unfenced .11 parcel of neatly trimmed lawn ringed by eight sidewalk trees and a tall evergreen in its center. There are no benches in this park or signs explaining its namesake, so I’ll explain.

Throughout the city there are memorials, parks, and street names carrying the names of African American  history greats such as Martin Luther King Jr, Marcus Garvey, and Malcolm X. But it is the neighborhood individuals who contributed to the civil rights effort on the local level. That is why these small parks carry their memory.

The renaming of South Road does stand out as described, but also reminds me that many times the renamed streets in honor of black heroes are pretty poor condition streets. Many Martin Luther King Blvds. around the country are far from heroic in appearance.