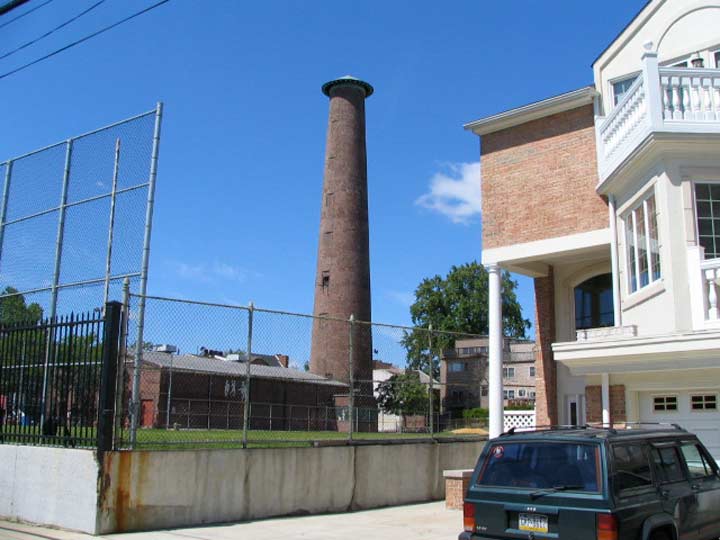 There are a number of high, unadorned brick towers in Philadelphia, Baltimore, and other eastern cities. Known as shot towers, they were used in manufacturing ammunition in the early to mid-1800s. This one, at 129-131 Carpenter Street, went into service on July 4, 1808 and was built by plumbers Thomas Sparks, John Bishop, and James Clement. It is one of the oldest remaining shot towers in the USA.

Lead shot is produced in tall towers like this because it was discovered that molten lead forms into more evenly surfaced spheres when it is poured down from a high place. Sparks Tower did good business when the USA fought its second war with Great Britain beginning in 1812. The 142-foot high tower originally produced small shot for hunters. The tower produced shot for just over one century until 1913; currently it is owned by Philadelphia Department of Parks and Recreation.