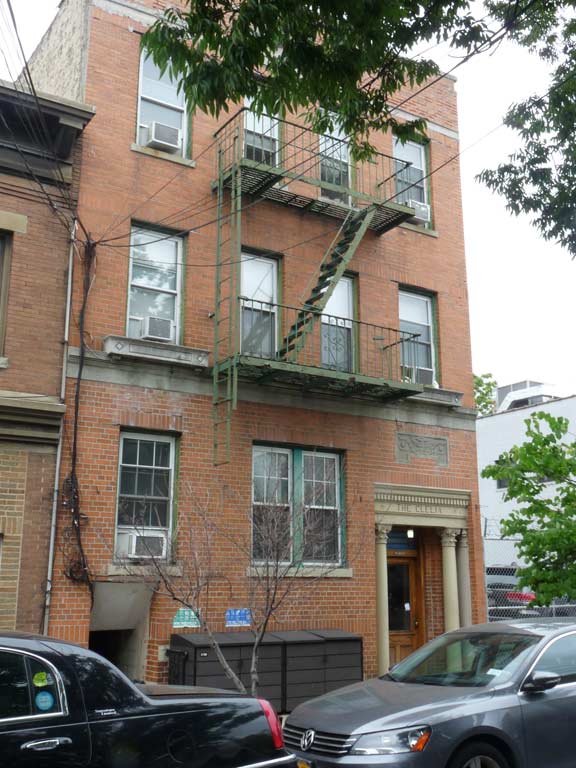 Astoria’s architecture is anything but boring. You never know what you will run into on its side streets, from townhouses, ons-story single family homes, huge apartment buildings, Art Deco churches. I was pleasantly surprised to see this 3-story apartment building that is home to three or perhaps six families if the apartments are small enough (I didn’y duck in to check the mailbox). This is the type of building I lived in in Bay Ridge from 1982-1990 and it was among my favorite dwellings. 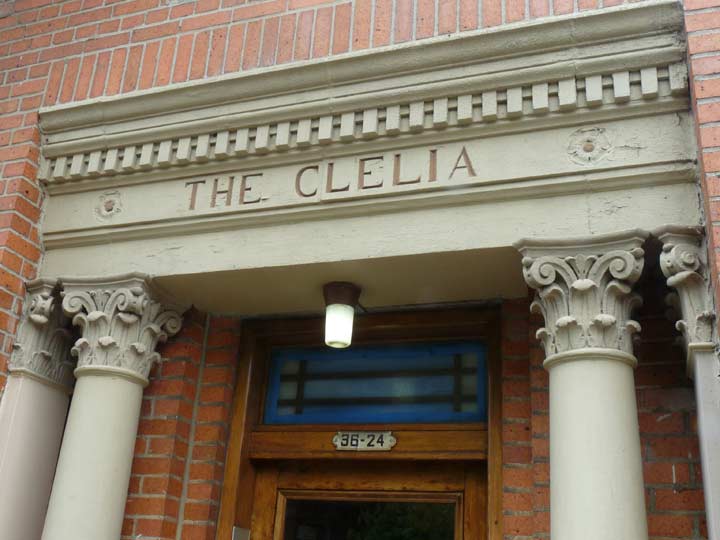 I imagine the builder had a daughter or wife named Clelia (which comes from a Latin word meaning “famous” or Illustrious”) and inscribed her name in detailed serifs above the door, which includes two Corinthian columns and two pilasters.

They don’t build ’em like this anymore, and they don’t even try!

Clelia was in exclusive company. According to Baby Name Wizard it’s never been among the top 1,000 girls’ names in the United States as far back as records go.