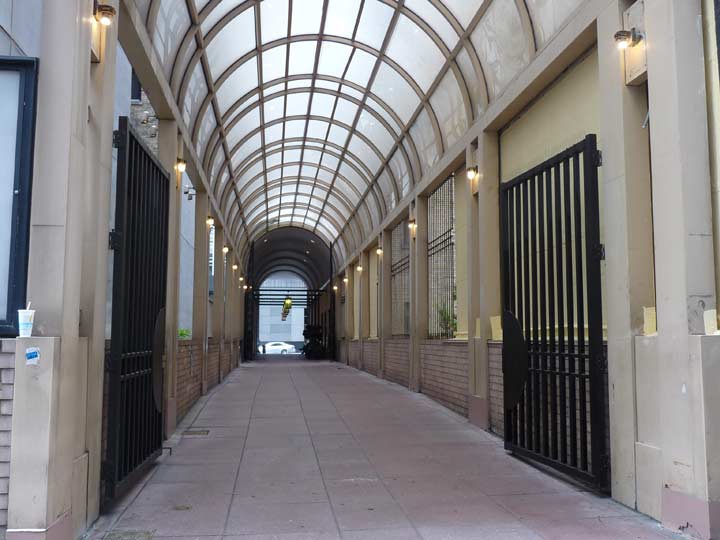 By the first decade of the 19th Century, New York City was beginning to outgrow the small area at the tip of Manhattan Island that had defined the city limits ever since a permanent European settlement was established in 1625, give or take a year. The rest of the island was divided up among landed gentry and farmers, and traversed by country roads. There were hills, some of them high; boulders and rocks, some of them iceberg-sized; and streams and ponds.

In 1807 the city petitioned the state for permission to expand and come up with a city plan. A group of commissioners decided a grid street plan was the best way to go–other cities such as Philadelphia and Savannah, Georgia had adopted successful grids. And, other than the area around the Battery, Manhattan had already developed along a rough grid.

A new grid was platted as far north as 155th Street; the mapmakers believed it would take over a century for development to reach that far north. A young surveyor named John Randel Jr. was assigned to formulate a team and formally survey the grid, from North Street (today’s Houston) north to 155th, from river to river. And so they did.

Randel and his team, using the hand surveying tools of the day, measured precisely the street grid everyone traverses today when in Manhattan, with a few exceptions. Madison and Lexington Avenue were added in the 1830s, and small ‘towns’ up-island such as Manhattanville were later incorporated into the grid.

Randel’s team roved the island, through thick brush, rock outcroppings, and avoided the occasional angry watchdog or charging bull. By 1811 his survey was complete, but then came the actual mapping and surveying job, done over the next 10 years.

Avenues numbered from 1 to 13 were mapped and laid out. By 2015, only 1st, 2nd, 3rd and 5th Avenues ran to Manhattan’s uppermost regions, while other numbered avenues had all mostly been renamed north of Central Park or 59th Street by the 1980s. 13th Avenue was part of the now-demolished Gansevoort Market in what is now the Meatpacking District (and also, the section of 13th Avenue between West 14th and West 22nd Streets is now 11th Avenue). 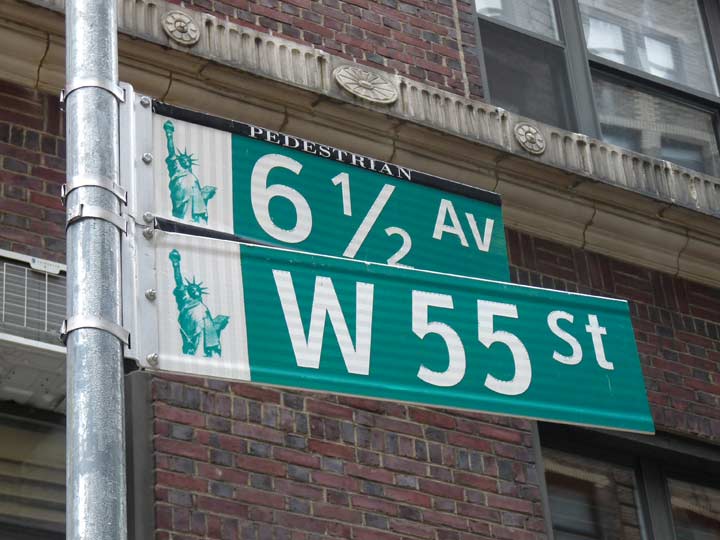 Recently the City has made the newest addition to its set of numbered avenues for over two centuries. In 2012, a pedestrian-only strip, named 6-1/2 Avenue, was opened through existing open-air plazas and building lobbies, running from West 51st north to West 57th Streets between 6th and 7th Avenues. Traffic is halted by stop signs, and the streets are marked by green and white Department of Transportation street signs.

Google Maps has yet to recognize it.

Zoom in tight, it’s there

In Queens I believe it would be 6th Road.

6-1/2 Avenue is one part of a wonderful pedestrian passage. While it starts at 57th Street, and officially ends at 51st Street, you can duck underground at 51st Street into the Rockefeller Center maze. If you are curious and careful enough, you can even make your way all the way across to 5th Avenue and come back to the surface directly across from St. Patrick’s Cathedral.