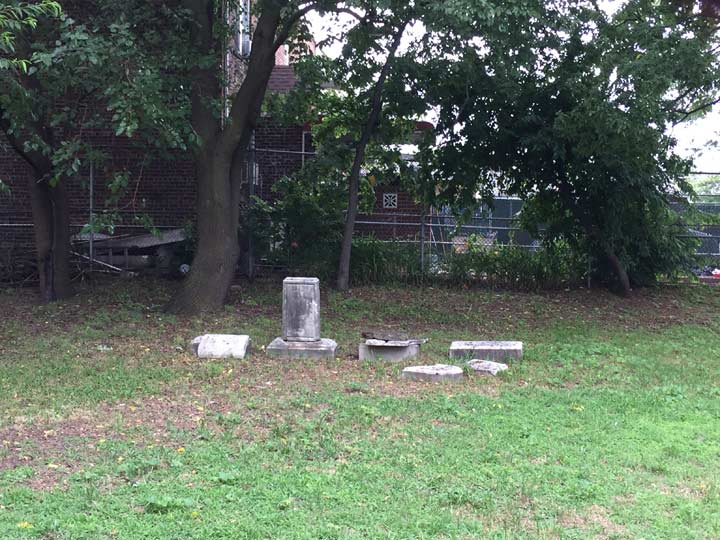 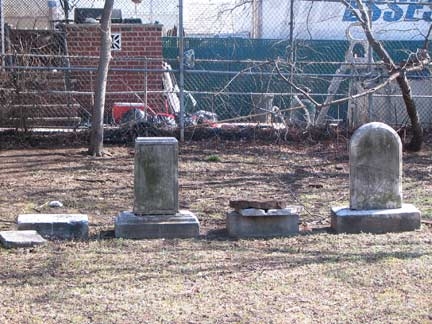 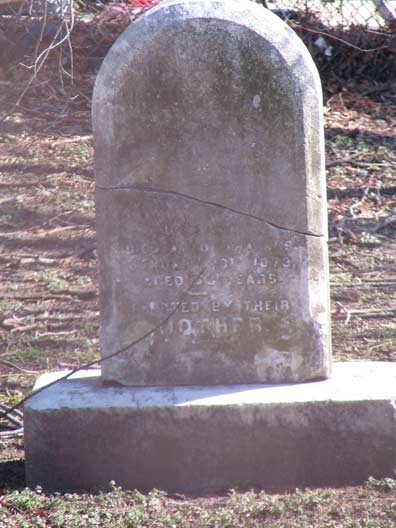 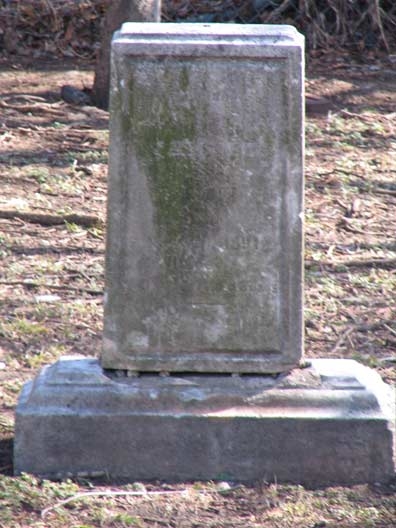 In an obscure corner of Ozone Park, at 149th Avenue and Redding Street a block west of the pedal-to-the-metal Cross Bay Boulevard, you can find one of Queens’ many vest pocket cemeteries, the Southside Burial Ground.

It was originally the family plot of the Van Wicklen farming family, who settled in Ozone Park in the 1660s and whose descendants lived here well into the 20th Century. The plot contains 79 graves, of which only four tombstones remain: Charles H. Monroe (d. 1872) and his brother Leander (d. 1873) share a stone; George Earney (d. 1909); Jannet, wide of Garret Van Wicklen (d. 1891); all but one stone now remains upright while the others have toppled to the ground and are unreadable. (The gallery shows photos taken back in 2011, when two stones were upright.)

The property is fenced off and protected from vandalism (though not apparently well enough), and is apparently run by the NYC Parks Department, whose leaf symbol is posted on the fence. In addition to the Van Wicklens, many members of the Ryder and Stoothoff families are also interred here.