While wandering around in the Seaport area under the spaghetti cluster of elevated roads that connect the Brooklyn Bridge to the Franklin D. Roosevelt Drive, I spotted this unusual road emanating from South Street north of Dover. Following it west, it connects with Robert F. Wagner Senior Place, the road that runs along the south end of the Al Smith Houses, built in the 1940s. 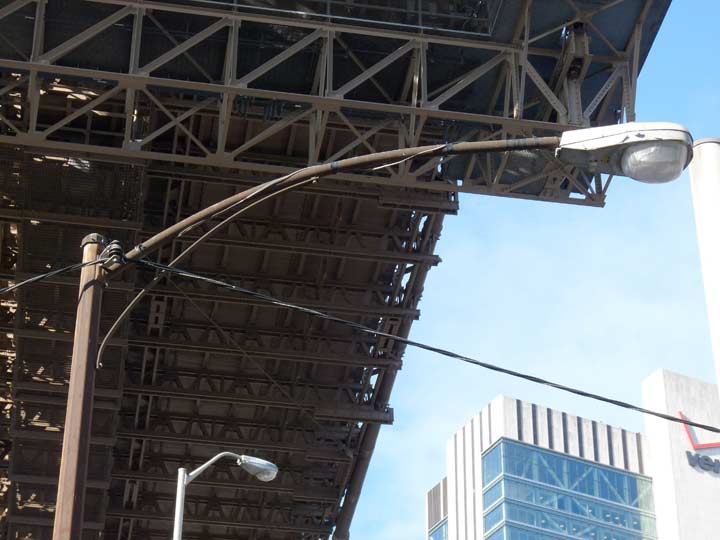 A sign that something may be cooking as to an old street remnant is this very old, rusted octagonal light pole with a curved mast with a brace. These go back to the early 1950s–after that, the Department of Traffic (now Transportation) switched over to single masts with no braces (except on wide streets, where double masts were used). 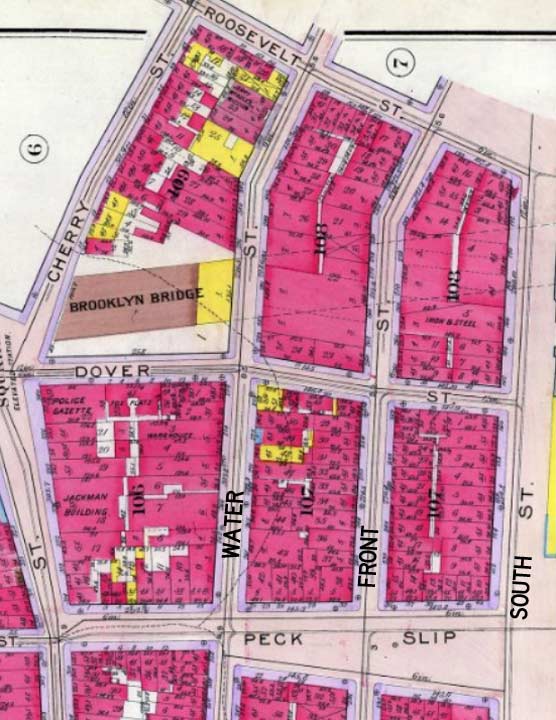 Maps of this area made before the 1940s show a plethora of old streets that were subsequently wiped off the map when buildings like Police Plaza, the Al Smith Houses, and Bergtraum High School were built between the 1940s and 1970s. Roosevelt Street was one of these. It goes back to the late 18th or early 19th Centuries and has nothing to do with Teddy or FDR; the Roosevelts were a prominent NYC family from the late colonial era and owned property in lower Manhattan, and a street was laid out in those early days and named for the family.

Found this interesting while reading Jeffrey Richman’s. New book BUILDING the BROOKLYN BRIDGE where he describes the building of the New York Tower was being established…page 84.